A Friend's Halo with Distant Creatures - An Interview 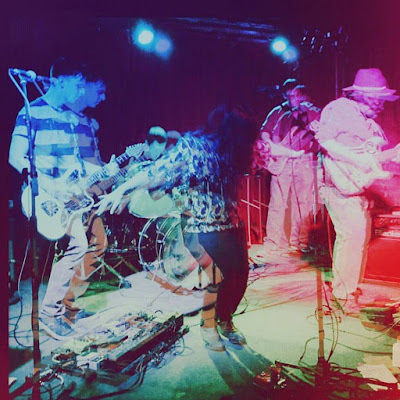 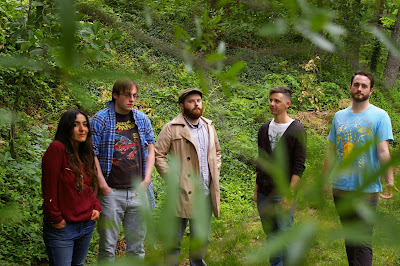 Q: When did Distant Creatures start? Tell us about the history...
Dane - In the summer of 2015 Chris put out an ad online looking for musicians looking to start a band influenced by Slowdive. Chris and I started writing songs right away and we soon joined by Mike and Ben. We went through a couple singers before Mina joined last year.

Q. How do you feel playing live?
Mina: Like an anchor man that's naked from the waste down behind my desk.

Dane: When things are going well on stage it can be a real adrenaline rush.

Q. How do you describe Distant Creatures sounds?
Mina: There's a nice variety because we're collaborating and bringing our different minds together. Mostly it's dreamy and shoegazey with some emotional ups and downs. I think we're all probably coming at it from an open place inside our own hearts that's trying piece together the fragmented madness of our current world. It's hard to pinpoint, I've heard people mention a lot of comparisons that I never expected, like Garbage, Smashing Pumkins, and even The Sunday's.


Q: Tell us about the process of recording the songs ?
Ben: Recording starts as soon as you take the first bite of a song. Chewing breaks the music into pieces that are more easily digested, while saliva mixes with the song to begin the process of breaking it down into a form your body can absorb and use.

Dane: It was recorded in a small town in rural Virginia outside of Washington DC. We did it a little bit at a time and it took almost 5 months - and it's still not finished being mixed.

Mina: Recording is tedious but amazing...you really dive into the anatomy of this thing you've been playing and just have to appreciate seeing it come together in a more permanent and clean form.

Q: Which band would you love to made a cover version of?
Dane: We do a cover of "How Soon is Now" in our set these days.

Chris: I guess if were going to do another cover soon, it'd be something like Slowdive

Q: What are your plans for the future?
Dane: Play a bunch of shows to support this album and hopefully record a new EP this fall.

Mina: World domination, but a massive tour opening for someone we love would be probably be better for our egos.

Mina: Thanks for sneaking a peak.