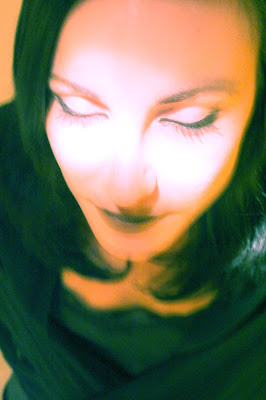 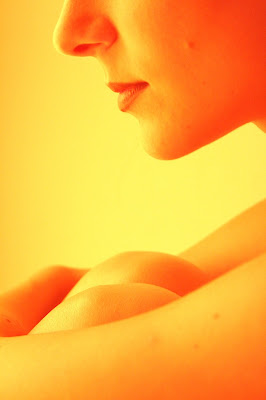 Q. When did Oceaneer start? Tell us about the history...
I have always felt a strong connection to the sea. I was born and raised in Mutsu Province, which is in the North of Japan. My father had the most beautiful job that I know. He worked in one of Japans highest lighthouses, Shiriyazaki, and he frequently took me there with him, especially during summer holidays. I spent hours of watching the sea and fell in love with it. While watching seagulls, birds, ships and the waves my father would play the mouth organ. It felt like home, even more than my real home which was in a distance of 20 miles. It was my first contact with music. At home, in Mutsu we didn’t listen to any music, our small house was quiet all the time, we didn’t even celebrate birthdays which was mainly because of my mourning mother who lost both her parents at her 24th birthday and decided never to celebrate anything again. When my family inherited an old piano from a neighbour I secretly played on the instrument whenever my mother was away for work in the hospital. I even skipped school to play the piano. Nobody ever taught me how to play it, maybe that’s a reason why my style would be quite minimalistic. So, I guess I was 8 when I started Oceaneer. It’s just that I didn’t have that name. That took almost 20 years.

Q: Who are your influences?
My father had been my only musical influence for most of the time. His way of playing the mouth organ was melancholic but hopeful and I tried to find melodies like he did when I was home alone with our piano. My main influence, however, is a natural one: the sea. Even when it stormed and rained it was incredibly peaceful to watch the water. The longing for the sea, imagining what would be behind the horizon, the mystery of the depths of the ocean, it’s powerful and strong. The sea just had a massive impact on my life and the biggest effect on my music. When my dad committed suicide I was 12 years old. He drowned himself near Shiriyazaki on his way back home - it nearly destroyed me. My mother barely talked to me anymore and I didn’t have any real friends at school so the piano was a kind of saviour. I suppose, then, death is one of my major influences, too.

Q. Make a list of 5 albums of all time.
To be honest, I don’t listen to music that much as I value silence, it’s a gift, it’s the contrast to life in cities. Well, anyway, here are some names of artists and titles which I like a lot:
Grouper – Ruins From
The Mouth Of The Sun – Woven Tide
Yellow Swans – Going Places
Daniel Menché – Vilke
Julia Holter – Have You In My Wilderness

Q. How do you feel playing live?
I occasionally play shows, in the beginning mostly in Japanese bars. When I finally moved to Tokyo at the age of 17 I needed to find a way to earn money. I cleaned office buildings, it was a cash-in-hand job and it was just horrid. Eventually, I tried to find a kind of balance and decided to go to numerous bars to offer the owners to play the piano for free for their guests. This led to an okay amount of shows in which I constantly improvised. No piece sounded like the other, never. To be honest, mostly, it didn’t feel right to play in bars or clubs where the audience was more interested in drinking or looking for one night stands. Still, it was in one of the shabbiest clubs when I met someone who called himself “The Congealed Solicitor”, a mysterious guy who owns an experimental music club called “1213” in the basement of a library for Mangas. The crowd was really respectful and attentive, and quiet! - I was quite afraid I would hit the wrong notes and everybody would hear it. Well, I don’t know whether the “1213” still exists but I made enough money to make a dream come true and fly to Europe. I landed in Madrid, Spain. Just one of the many places I would go to after leaving Japan. To be honest, I‘ve never felt fully comfortable on stage, maybe because I’m a dilettante.


Q. How do you describe Oceaneer’s sounds?
Improvised instrumental underwater music from the bottom of the Pacific Ocean, played with broken instruments, directed by the spirit of drowned people who are talking through the hands of the pianist. It’s lonely and bleak music for the dead.

Q: Tell us about the process of recording songs ?
I just hit the record button of my portable recording device and improvise. Mostly I try to stick to certain motifs which reoccur and help structure the track for the listener. After the first round of recording a song I do another one and play some extra notes and chords. In the case of my debut album “Ghost Ship Cargo” I had some help on extra instruments like the violin and the guitar which were played by Alexander from Blackjack Illuminist, the label which kindly released my debut album “Ghost Ship Cargo”.

Q. Which new bands do you recommend?
There’s no categorization like old and new for me when it comes to music. Artists I’ve recently discovered are Julia Holter and William Basinski. They aren’t exactly new, though. Since I learned about the terms Neoclassical, Ambient and Drone in reviews about my music I try to listen to bands and artists from this genre.

Q: Which band would you love to make a cover version of?
I can’t even play my own songs twice, I’m afraid I’ll never be able to cover someone else’s song.

Q: What are your plans for the future?
Visiting as many countries, meeting as many people as possible. Life is for traveling. And whenever there’s a piano there will be more music by Oceaneer.

Q: Any parting words?
Listen to the waves and the sea. And thanks Renato from The Blog That Celebrates Itself and Alex from Blackjack Illuminist Records.
*
*
*
Thanks