Through The Night with The Telewire - An Interview 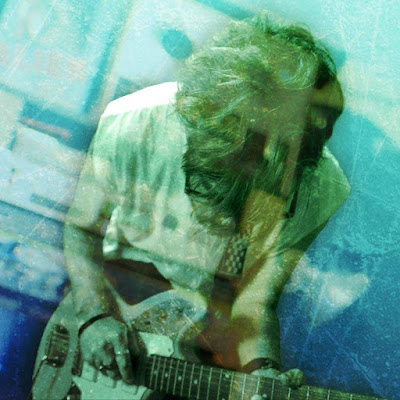 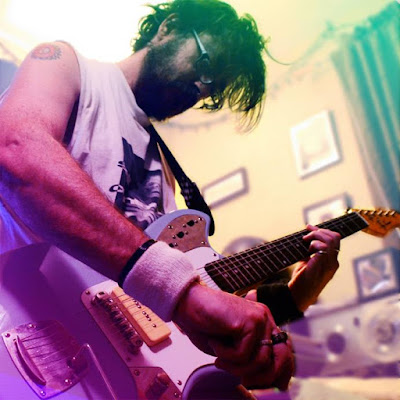 Q. When did The Telewire start? Tell us about the history...
The Telewire started back in about 2010. I’ve been a keyboard player for years and been in a band with high school / college friends forever, but I always wanted to do something more out there. More shoegaze. More space-rock. More whatever. So I decide to learn how to play guitar and get out the songs that I really wanted to hear. The first song I ever recorded as a new project was Quiet Satellite, and I loved it. I loved what I was coming up with. So I just kept going, kept recording. After a few songs I thought, “I’m onto something. I should name this…” So I tossed around a few names and came up TheTelewire.

Q: Who are your influences?
This is an interesting question… as a synth player, I am influenced by some very non-shoeagze bands - Kraftwerk, Cabaret Voltaire, The Cars, Clock DVA… it’s a weird list.... But as a shoegaze artist, I very much remember hearing Sianspheric years ago and being totally blown away. I thought, “I want to sound exactly that that.” Funny because I sound nothing like Sianspheric, but they were a major starting point into what The Telewire has become.

Q. Make a list of 5 albums of all time…
Albums are hard. But i can list you 5 bands that influenced me…

Sianspheric - In every way. I realize that I sound nothing like them, but when I first heard them, I was transfixed. I thought, whatever they’re doing, I want to do.

Cocteau Twins - Come on. They are the be all, end all. You couldn’t ask for a better band.

Jesus and Mary Chain - This is in no way insulting, but when i heard them i thought, “I could do that.” They are able to encapsulate a simple hook and make it into an amazing song.

Amusement Parks On Fire - When I first heard these guys, I was blown away. I wanted to sound as amazing as they did. Still do. If I could ever write a song as cool as Water From The Sun, I could die happy.

The keyboard player in me would be remiss if I didn’t mention Kraftwerk, Depeche Mode, OMD, or The Cars. It seems funny to mention such non-shoegaze bands, but Greg Hawkes from The Cars made me the keyboard player I am today.

Q. How do you feel playing live?
This is an interesting question… Since it’s just me, I have struggled with what to do about playing live shows. Now, as a synth player, I have played a bunch of solo shows, but it was easier to fake it… people understand that a synth player is going to have programmed drums and stuff, but as a shoegaze band… that’s a whole different beast. You’re supposed to have a full band… drums, bass, another guitar player at least… but it’s just me. I do everything. Not much to look at on stage, you know? But recently, I’ve been thinking, “Screw that. I could pull it off.” I could play up the fact that it’s just me. Put up a 2 track reel-to-reel with all the drums and bass and just play the guitar and sing. Hell, with enough light show, people might not even notice.


Q. How do you describe The Telewire sounds?
The Telewire sounds like me. Simple. Driving. Melodic. Hard yet soft. As I said, I am a keyboard player who picked up guitar late… so my songs have a definite synth edge to them. But I honestly try to not have them be synth based songs. But of course, I can’t help it. I’m not the greatest lyricist, I don’t have a “message”. And I’ve always been the backing singer in other bands, so it’s not natural for me to bring the message of each song. That said, I am doing The Telewire because it’s the music that I want to hear - it’s the music that i hear in my head.

Q: Tell us about the process of recording the songs ?
Hrm… I love these kind of questions…

With me, I tend to start with a guitar part. A few chords that strikes a certain feeling. Then I’ll add drums to it. Something simple at first… something that fits the melody and that i can play along with to write the rest of the song. Then, after I find something that feels good, I’ll add in a few more guitars, a bass part, and a simple synth part or two. After I get a solid foundation going, I’ll begin with a vocal melody. I always sing some nonsense that follows the melody, but I always sing nonsense words. But usually, a phrase or two will come out of that nonsense that will stick and those usually become the beginning of lyrics. From there, I just keep adding layers and parts until I come up with a song.

Q: Which band would you love to made a cover version of?
It’s funny that you ask this… as I have done 2 covers of OMD songs already. I grew up listening to and loving Orchestral Manoeuvres In the Dark. So it was a natural thing to cover them right off the bat. Now, after doing two of their songs, I have thought about covering more songs by them as kind of a way to break out writer’s block. But, all joking aside, who wouldn’t want to hear a shoegaze version of Messages, or talking Loud And Clear? I’ve been tossing around the idea of doing a version Haunted When The Minutes Drag by Love And Rockets.

Q: What are your plans for the future?
My plans for the future are to keep making songs. To possibly come up with a live show. Produce more videos… Basically, just to keep going. The Telewire began as a way for me to make songs that I wanted to hear, and that basic concept hasn’t changed.

Q: Any parting words?
Without outlets such as Bandcamp and social media groups, guys like me would just be making unheard music in their bedrooms. I can’t thank outlets like you enough. You guys help market bands like me to such a broader audience. It’s amazing. And to all the listeners out there, a big thank you as well!
*
*
*
Thanks