Time Is Money Bastard with Slows Down - An Interview 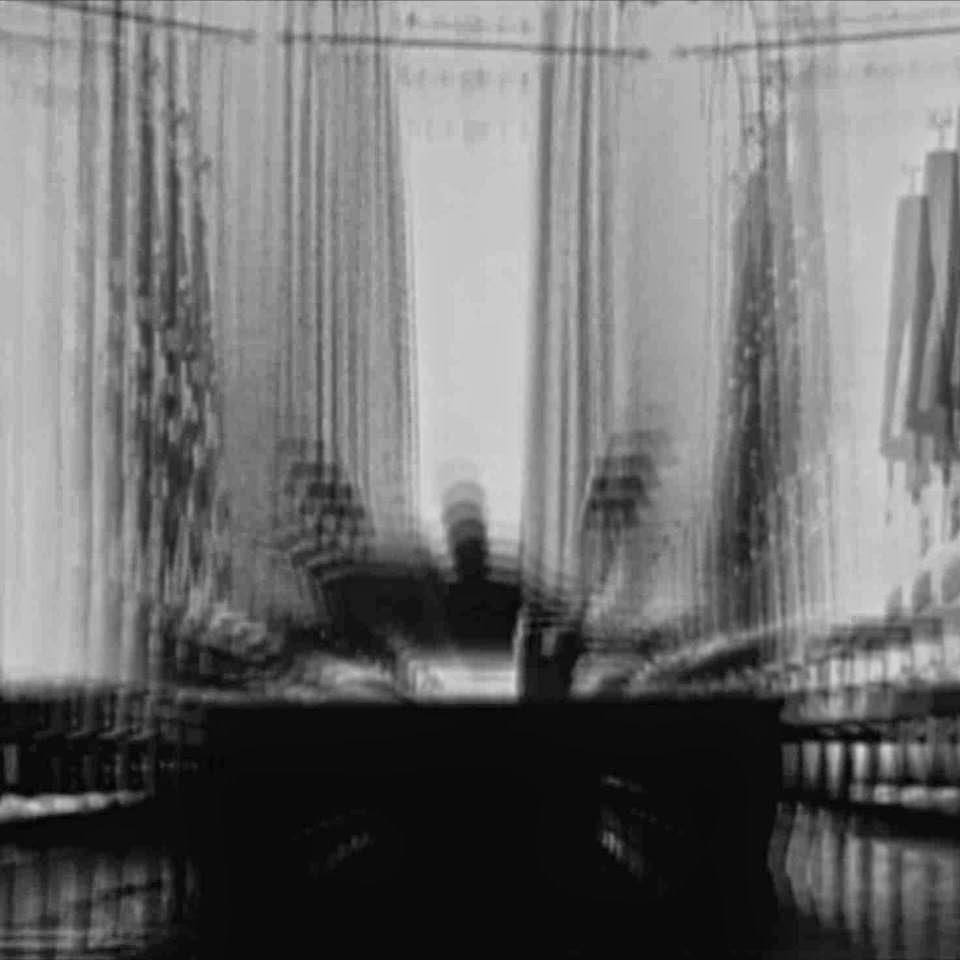 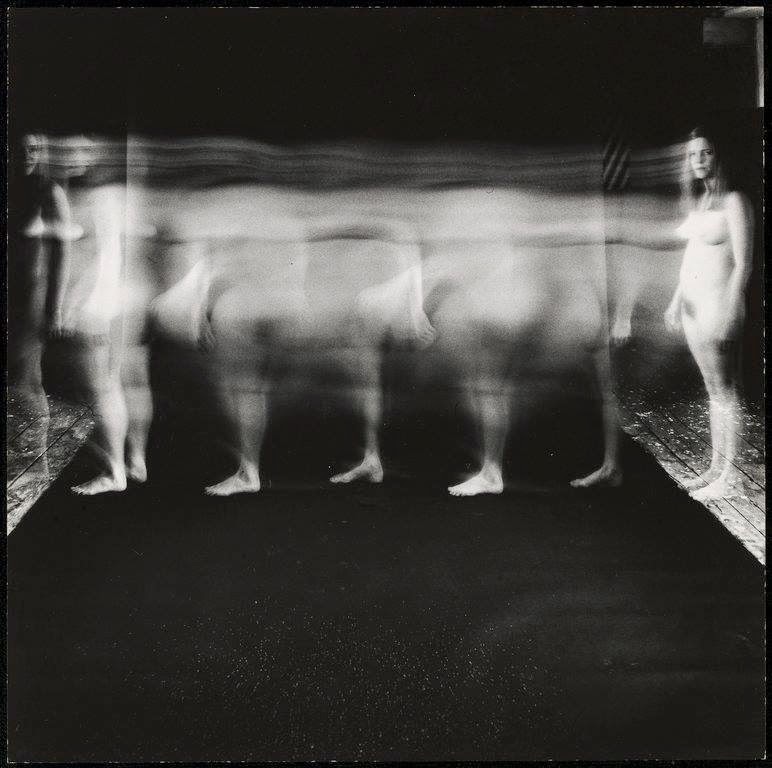 Q. When did Slows Down start? Tell us the history.
I came to music quite late. My parents played excellent music in our house and in my teens my friends were in bands but I was content simply to listen. At some point that changed and I moved from being a passive listener to an active one, in the sense that the music I listened to began to incite a creative response in me. I was twenty when I got my first guitar and didn't start playing regularly or assiduously for another few years. My gestation period was long and I'm only showing people the fruits of my experiments now, some six years later. I lacked the diligence and confidence to put all my eggs in one basket and commit to working as hard as possible on making music, as I suspect lots of people do, but I have arrived at that disposition now. In the past I've chastised myself for having wasted time and taken this long to get into gear, but I've come to recognise my stagnation as virtuous patience and I'm at last finishing pieces of work which are products of my extensive experiments and which I'm proud to let people hear.

Q: Who are your influences?
I wonder how aware of my own influences I am. Some of the music I have a very close and empathic relationship with includes Godspeed You! Black Emperor, Swans, Ennio Morricone, Mercury Rev, Spiritualized, Radiohead, Dick Dale, The Brian Jonestown Massacre, Cocteau Twins and more. Those to me are 'high brow' artists, but I listen to a lot of decidedly low brow music too. There are lots of things I feel I ought to like which seem very dull to me, and lots of embarrassing things which I absolutely ought not to like which I can't help but love. There are also acts in whose music I'm only interested in one element...song structures, or the use of texture. For example, I love the tonality of surf music but I look elsewhere for structural inspiration.

I like 60s pop music and I'm a great admirer of Joe Meek's productions. I'm also very interested in extra-Western attempts to mimic the British and American sounds of the 60s and 70s and those imitations' synthesis with native musical styles. I first heard that sort of thing on the Turkish Freakout compilation and the Persian Pomegranates compilation. I was in Portland last month and visited Little Axe records which is a great label which puts out compilations of music found on crate-digging trips around the world. I'm working my way through a load of tapes I got there which comprise amazing old music that was not previously digitised or available on the internet. I'm full of admiration and appreciation for them resurrecting this special music which would otherwise not be available to the world at large.

Q. What are your five best albums of all time?
I'm always reluctant to pick favourites but I can tell you the first few that spring to mind.
Godspeed You! Black Emperor - 'Lift Yr. Skinny Fists Like Antennas to Heaven!'
Mercury Rev - 'Deserter's Songs'
Spiritualized – 'Lazer Guided Melodies'
Radiohead – 'Amnesiac'
Swans – 'The Seer'

There are many many others which I hold in no lower esteem. I also see that these are perhaps not even some of the best records ever made. Just in some way, they have helped me move forward and so I hold them very dear.

Q. How do you feel about playing live?
Sceptical...nervous...frightened. I played my first ever live performance last year in London with a shambolic post-punk band from Cambridge who I sometimes play with, and it was a joy. But playing Slows Down music live would be quite a feat...six on stage, minimum, it seems to me. Right now it's just me making recordings in my home studio but I'm going to try and start playing live next year and I'm currently looking for brothers and sisters in arms.

Q. How do you describe Slows Down's sound?
I'm reluctant to but terms of classification certainly have their use for listeners looking for new music, so I dubbed myself 'sadcore/chamber pop/surf/post-rock/psychedelic rock/drone/noise/dream pop' when I announced myself on the internet. I identify with all of those styles. I'm drawn to tonalities and textures which sound plugged-in, but organic...somehow wooden. Something like the way people compare analog sounds with digital, but more essential. Though it surely doesn't exist, I aim for some sort of ideal of hi-fi lo-fi. A guy I met recently said 'I love the trudgy minor key, big amps and candelabras sorta vibe you got going'. That's not far off.

Q: Tell us about the process of recording the songs.
I work at home, in my room in south London. I use guitars with single coil pickups and mic my amplifiers loud and I run most of my guitar signals through a Fender '63 Reverb or a Roland RE-201 tape echo, or both. I use a Korg MS-10 for synth stuff and I mic my acoustic instruments as best I can...hammered dulcimer, zither, tanpura, swarmandal, lapsteel, glockenspiel and various hand percussion. My studio set-up is relatively simple and I'm a self-taught and not very knowledgable producer, but I work by trial and error and intuition, and I have a few special tricks which get things sounding good. I have some lofty ideas and the time may come when I need to enlist some help but I have what I need to do what I want to do for the time being. 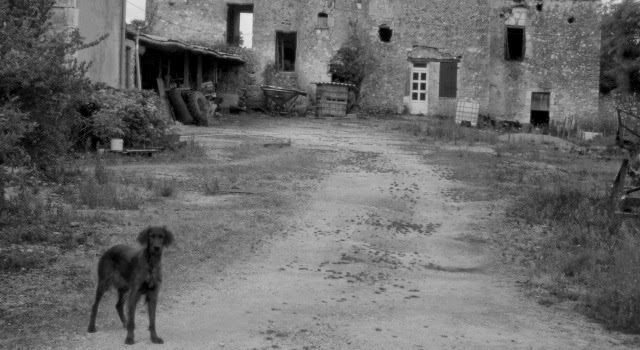 Q. Which new bands do you recommend?
I'm not very on the pulse with new music. I went to Liverpool Psych Fest last year and Austin Psych Fest this year and was quite underwhelmed by a lot of what I heard. I live in London and don't have much faith in going out and hearing new bands and being wowed, which is discouraging as I myself am a new music act. I have friends with good taste who are engaged with new music and very excited about it and I admire them enormously for that. I've always just found it more rewarding to look back than to look around.

Q: Which bands would you love to cover?
I'm planning on including a Walker Brothers cover on my debut EP – 'In My Room'. In fact, the Walker Brothers in turn covered the original by Antonio Prieto - 'El Amor'. I'm not sure when I'll get round to it but I'd also love to cover 'Stronger' by Sugababes. It has this rich strings arrangement which reminds me of Massive Attack and a pathos which I find extremely moving. Lots of Sugababes and Girls Aloud hits were written by Brian Higgins' Xenomania song-writing group and I respect them deeply. With my other project Opum, I'm also planning to cover 'Johnny Remember Me' by John Leyton, which is categorically my favourite song ever.

Q: What are your plans for the future?
I'm currently working on my debut EP which I'm planning to self-release on vinyl at the end of the summer. I'm also working on new music with my other project Opum, which is a 'drone-pop' band, with my friend Simon. Beyond that, I have numerous irons in the fire. It's a question of getting my priorities straight. I have film music to compose and record, I have a hip-hop project in the pipeline where I will be making beats and instrumentals for an anonymous MC, and I have some very sinister dub material which I've been carrying for a while. Realistically, I'll probably begin work on the first Slows Down LP after the EP is released, as all the songs are written and ready to record and I'm very excited to get to work on them. I'm looking into the feasibility of going to Iran next year with some microphones and a recorder and finding musicians to contribute santoor and tar parts to those recordings.

Q: Any parting words?
Only that if anyone reading this is in London and would like to (or knows anyone who would like to) work together, I would be delighted to hear from you.

Also, thank you for taking an interest and for caring. This is my first ever interview and it's touching just to be asked.
*
*
*
Thanks Alexander