Sleeper with Declan Beare - An Interview 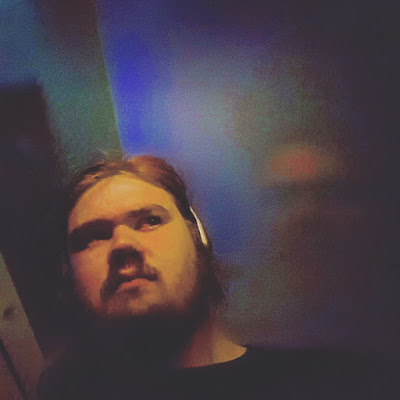 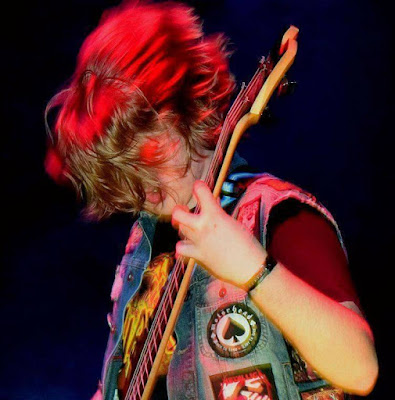 Q. When did Declan Beare begin? Tell us about the history...
1.So ive been making solo music for almost 8 years. Almsot all of it at first was awful just noisy and arguably not music. But in the past 3 years ive been writing music with my main band called "The hounds". And since forming that band ive gotten a lot better at song writing. But my band band its mostly like hard rock and blues but i always wanted to do more stuff than just that was more experimental so i decided to get back into making music under just my own name while also writing for the band.

Q: Who are your influences?
2.Well while im overall inspired by Jimi Hendrix, Cliff Burton,Tame Impala, Toska , Brian Eno and David Bowie, the sleeper album has very little of that sound. Its quite obviousy that sound was inspired by My Bloody Valentine. The album as a whole was less of me copying mbv and loveless and more a response in my personal style and version of what should shoegaze sounds like in my head.

Q. Make a list of 5 albuns of all time…
3.This is In no particular order cause otherwise that question would be too hard.
Rumours-Fleetwood Mac
Songs for the deaf-Queens of the Stone Age
Loveles-My Bloody Valentine
In rainbows(or Kid A)-Radiohead (I just cant choise between them)
Graceland - Pual Simon

Q. How do you feel playing live?
4.Well in my other band i can useually get into the "Frontman of a rock show" persona and run up an down the stage, headbanging and everything. And its funny cause in that band i have the huge big pedal board and sampler and everthing. But for the declan beare solo material if i ever play its to a small crowd and its acoustic so im a bit more still and awkward but i still try to interact with the audience...as long as i dont have to look them in the eye.

Q. How do you describe Declan Beare´s sounds?
5.The sound i was going for on this new album was dreamy but with moments of pure adrenaline, wash but also clear, Intimate yet distant and drowned out. Theres always one thing thats important to the song despite the fact that its burried deep in the mix. Its not a sound to sleep to, more so a sound for when your body is telling you to sleep but you dont want to and your trying to say away.


Q: Tell us about the process of recording the songs ?
6. I'll not to get too tecnical and carried away cause id be perfectly happy to do a 6 page essay song by song rundown of what i did. Instead i'll just go through the general idea. Most of the sounds started by laying down the drum beat. If i had a drum kit and could play acoustic drums i would but instead i used MCP samplers, analog drum machines and inbuilt drum patterns on old keyboard workstations. They were all compressed down, fed through huge reverbs or delay then compress that again to make the reverberation be heard in the mix clearly.

The bass was useually a clean direct sound with a slight chorus effect though i often put a mic up to the bass amp like in the song dust to get a more vintage sound. It was often layered with extremely distorted and fuzzy reverberant bass guitar or a analog monophonic synth just for texture.

After the drums and bass are down i move onto the guitar which range from 2 per track to 37 but the most prominant is the washy dreamy sounds. Yes some The bassic idea is the guitar goea through a fuzz pedal, then an overdrive then its squashed and compress by a phaser that aslo give some spin to the sound, then into a chorus or flanger and then delay and reverb. I dont do a lot of the kevin shields "reverse reverb into fuzz with trem bar vibtato" cause its his sound not mine. For the song sleeper the trick i used was sending a clean guitar through 6 delay pedals then a compressor so hear the initical strum but then the trails delay and self oscialte so it just hold out a consistant drone.

Another thing a did was layer up guitars with volume swells and wah and phaser and everything 4 times all different notes so they layed up to be a chord. Something this sound was also layered up with a analog polysynth or the same mono synth i used for bass for up a few octaves and treated the same way i treat guitars. One trick to getting a looper pedal and layer up chords and single notes and record it onto one track of a 4 track tape recorder and keep doing that till each track had a chord and i just fade them chords in and out to the music .

The vocals for the most part were pretty minimal just singing softly into the mic and do that 5 - 20 times and layer it up. The execption to this was the song "Sungazer" where it was two track for the chorus and one for the verse. I had a vocal mic that was slipt into the audio interface and also into my pedal board and into my guitar amp with spring reverb. I also had the mixing monitors on so everything was bleeding into each other and it was always on the verge of feedback.

Q. Which new bands do you recommend?
7. "Bitch Falcon" from Dublin are on the rise and they are maybe 5 years away from being the hotest underground thing. The band "The New 52" are doing some reason cool things and definitly worth checking out if you like really good songwriting. I saw dreaming of jupiter once and theyre make some amazing soundscapes.

Q: Which band would you love to made a cover version of?
8. I really want to do a cover of kate bush

Q: What are your plans for the future?
9. I have two ideas for the next album. One idea is a more pyschedelic sound, almost minimilast shoegaze meets Tame Impala. Another idea is this multistage consept album where the first few songs are harsh and digital and stiff and look at the disconect and isolation of the modern world and desire to step back. Then it falls to an acoustic folk album thats actually recorded outside to look at the joy in stepping out and finding peace but then the slow realisation that you might be missing out opertunitys. In the final few songs its psychedelic and looks to embrace the possitives of mordern life and the possitives of stepping away.

Q: Any parting words?
10. I know a lot of people who said they were gonna make an album or seem to be making it for a year or something. This album was made in a little over two months but admitedly could have gone faster. I set a dedline and i comitted to it. It can be hard to stop trying to perfect but its better to have a near perfect product than a perfect idea.
*
*
*
Thanks