The Only Question That Matters with La Naissance - An Interview 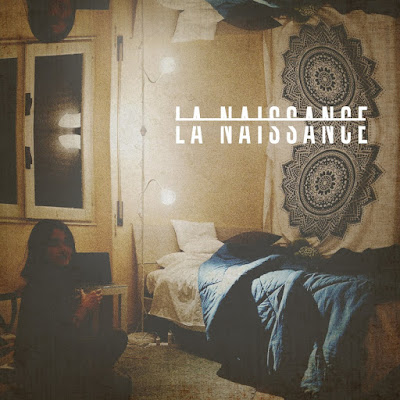 
Q. When did La Naissance begin? Tell us about the history...
The project started in 2017, I've always been a huge music fan and I have a passion for writing songs. I was pretty bored at that time, so I decided to record some of the songs I wrote and I asked my friend Alessio to join me, he can play multiple instruments. I met him for the first time at a Klimt 1918 gig in Rome. That's pretty much how La Naissance was born (pun intended).

Q: Who are your influences?
We listen to a lot of music, so we are influenced by a lot of different things. Besides classic shoegaze bands, I personally love '60s girl groups like The Crystals and The Ronettes and indie pop/jangle pop bands like The Primitves, The Go-Betweens, The Sundays, etc. Alessio is really into post-rock and math rock, he's a big fan of Explosions In The Sky and Radiohead.

Q. How do you feel playing live?
Even though playing live makes us a bit anxious, it's our favourite thing. It's an incredibly fun and rewarding experience. We'd play live every night, if it were possible.

Q. How do you describe La Naissance´s sounds?
It's a fuzzy, sharp, sometimes even harsh sound, like a buzz saw. It consists of several different layers, like a tall layer cake. Guitars aside, the synth is very important in order to achieve our sound.

Q: Tell us about the process of recording the songs ?
We recorded the songs in my bedroom, our recording equipment was pretty basic. We doubled or tripled many of the guitar and vocal parts in order to achieve a thick, layered sound. We were inspired by Phil Spector's "Wall Of Sound". While we were mixing the songs we did very unusual things which clearly improved the sound, like using digital effects in peculiar ways. We decided not to use cymbals on most of the songs because basically they weren't needed. You just don't get the feeling that something is missing. We are very happy with the result.

Q: Which band would you love to made a cover version of?
To be honest we don't like to play covers but, if we had to choose, we'd pick a song by Mina.

Q: What are your plans for the future?
We'd like to play some shows and we're also always working on new songs. We'd like to release a full-length album in the future.

Q: Any parting words?
"In order for music to free itself, it will have to pass over to the other side — there where territories tremble, where the structures collapse, where the ethoses get mixed up, where a powerful song of the earth is unleashed, the great ritornelles that transmutes all the airs it carries away and makes return." (G. Deleuze)

Thank you so much, Renato, for interviewing us and for your support. Regards, Ivan"
*
*
*
Thanks