Cercano Oeste with Otoño - An Interview 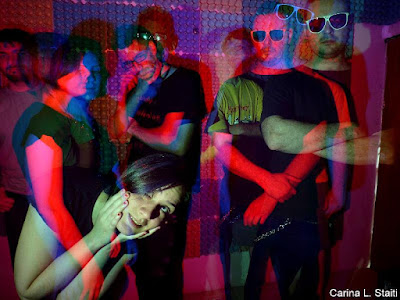 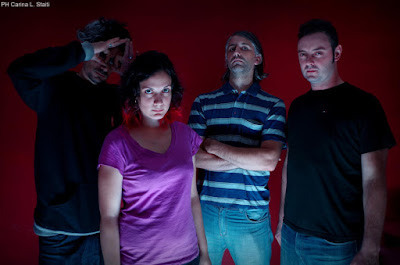 Q. When did Otoño start? Tell us about the history...
In November of 2006, in a New Order concert in Buenos Aires, Carina and I met. We were in different bands (Carina was the singer and leader of Bruma, a band from Mendoza, and I was the bassist and co-singer of Seele, a band from Buenos Aires). We exchanged some songs unfinished that I had and she returned them to me with lyrics. Otoño was born. In February of 2007 I moved to Mendoza (about 1.100 kms form Buenos Aires) and we start playing gigs and record albums with OTOÑO.

Q. Make a list of 5 albums of all time…
It´s quite difficult. I'll make my own list -I repeat: it´s impossible to pick only five albums- (Máximo), I'm sure each member of Otoño have their own list. This five albums change my life:

Q. How do you feel playing live?
It's the best experience ever. We love playing live. The adrenalin that live shows brings you is awesome. We're louder and faster live than we're on our records. We most likely play on smalls places. It's full of energy. Playing live is one of our favourite things.

Q. How do you describe Otoño sounds?
We try to sound like we feel like. We never tried to sound like one band in particular. We like to work the sound that every song needs. Obviously we love distortion!!! The bands you listen, sooner or later, appears in the way you sound.

Q: Tell us about the process of recording the songs ?
In our fourth record ("Cercano Oeste e.p.") we used another way of recording. The entire e.p. was recorded in the rehearsal room of the band. It was produced and mixed by Pablo Ventura. He flew from Buenos Aires to recorded it. It was quite fast to record. We recorded the drums, the bass and the guitars in four days. After that, we recorded the voices and some keyboards (and other guitars too) where Carina and I live. The recording process was quite fast but the mixing process didn't (Pablo returned to Buenos Aires and sended us different mixes by mail and was very awfull to mix that way).

Q. Which new bands do you recommend?
The bands we mentioned as influences, and:

Q: Which band would you love to made a cover version of?
We did one Daniel Jonhnston song. https://soundcloud.com/oto-o-m-sica/tell-me-now-daniel-johnston-cover

We played "El Probador" of Virus in one show, circa 2010. The only cover version of a song we ever played live.

Q: What are your plans for the future?
Record a new e.p. during the next year. We'd love to played again in different places (Brazil? :D ).

Q: Any parting words?
Thanks for this interview. It's nice to be interviewed of a specialized blog as The Blog That Celebrates Itself. Hugs from Mendoza, Argentina, to all the readers of this magnificent blog.
*
*
*
Thanks