Tú with Elora - An Interview 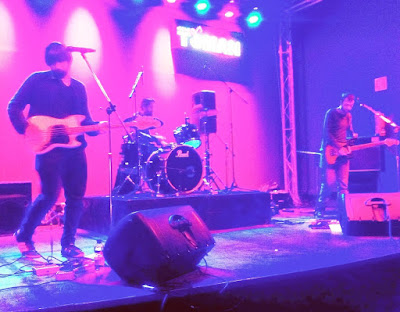 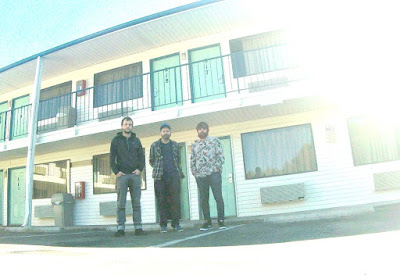 Q. When did Elora start? Tell us about the history...
A. The band was founded in 2013 by Marco Morgione, a Naples, Italy born musician and producer based in Barcelona since the end of the 90’s. Marco has been in important bands in the Spanish scene, such as Glissando and Linn Youki, and as a sound engineer and producer he has collaborated with some Spanish bands with international reputation, such as Delorean and El Guincho. The first Elora line-up had Morgione on vocals and guitar and Spanish musicians Dani del Sol on drums and Ernesto de Bastian on bass. After some changes, the line-up since 2015 has Morgione, me, Daniel Setti (drummer from São Paulo, Brazil, based in Barcelona; played with Brazilian indie bands such Jumbo Elektro, Danish singer and songwriter Miss Q and collaborated with well-known artists such Elza Soares and Sérgio Dias, from Os Mutantes) and Dani Cano Alarcón (bass player from Murcia, Spain, who has also his solo works and projects such as Errecinco and Dúo Guasón). In just two years, Elora released five EPs, one album (“Tú”) and a compilation for the American market (“Cada Día es Así”). We are planning to release a new album on April.

Q: Who are your influences?
A. We love shoegaze, noise, dream pop and krautrock bands, of course – Sonic Youth, Cocteau Twins, Neu! and Sebadoh can be used as examples –, but we also dig loads of other stuff, from soul music to Tropicália, from the softpop of Alan Parson’s Project to death metal. But the most important thing is that we insist in not sounding like no one else. We really try to have our own identity, and I think some keys to achieve that are Marco’s guitar tunings, the way we try to put the vocals in the arrangements and the rhythms we try to create.

Q. Make a list of 5 albums of all time…
A. Here is a quick list made between us three:
Macha – “Macha”
Nick Drake – “Pink Moon”
Magnetic Fields – “69 Love Songs”
The Cure – “Disintegration”
John Coltrane – “A Love Supreme”

Q. How do you feel playing live?
A. Playing live is the best thing. I think we realized that when we started our 22 concert gig in the US last October. The new line-up was still very fresh and until then we had basically got together the three of us only to record the album. So after some rehearsals, going on tour and releasing the energy and playing as a trio was just great. We sounded tighter every night and the response of the crowd was great. Also is interesting to notice that Elora grows louder live because of the guitar walls and all the textures we try to emulate.

Q.How do you describe Elora sounds?
A. Recently one Catalan interviewer called us “surfgaze” and we thought it was funny. He was probably thinking about “Tú”, the first single of the album with the same name. So if we still are playing the “brand” game, I would add the “kraut” element. So what do you think about “krautsurfgaze”?


Q: Tell us about the process of recording the songs?
A. Marco comes up with lots of riffs and melodies and we try some grooves with that material. After we reach some base for an arrangement, he comes with the vocals, and we add some ideas to that. With “Tú” that ethos worked perfectly and we made the album in one month. Marco is a very quick producer. I think for the new album we are planning to release it will be a little bit different, with more impros between the three of us to try to reach the final versions of the songs.

Q. Which new bands do you recommend?
A. We would like to recommend some bands that played with us during the USA tour: Purple Six, A Deer a Horse, Lady and Heron and Crane.

Q: Which band would you love to made a cover version of?
A. During our American tour we kept dreaming of doing a version of “Say Say Say”, that Paul McCartney/Michael Jackson song. OK, we actually do one cover sometimes. The shortest and fastest song in the world, Napalm Death’s “You Suffer”. But we don’t do any “regular” covers really, and we loved the fact that in some US places there was a clear policy of “no versions” in some of the venues.

Q: What are your plans for the future?
A. We are doing the new album now and the idea is to release it on April, as I mentioned above. We have some gigs booked in Spain for the next few months, but we would love also to come back to the States, as much as we would love to tour all around Europe and the rest of the world. Including Brazil and Japan.

Q: Any parting words?
A. Thanks for your interest in our band and keep following our steps, because soon we will playing and releasing new material.
*
*
*
Thanks