Ceremonial Prayers with Wall/Eyed - An Interview 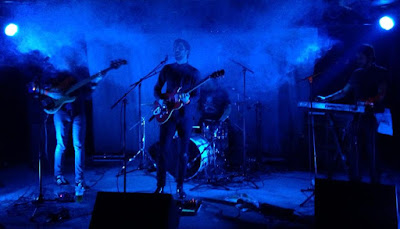 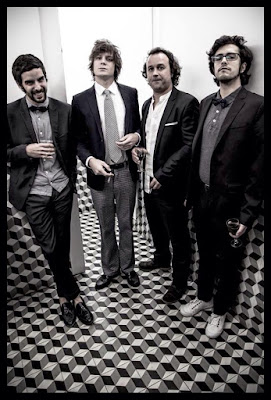 Q. When did Wall/Eyed started, tell us about the history...
Wall/Eyed ‘s history started back in 2013, small gigs in Paris began but at this time the band was playing with 2 keyboards The current Formation was established after a show at Paris Psych Fest 2014 right before the recording of our debut EP “A quest”, Alexandre (ex keyboardist) had other projects, so he left the band . He has never been replaced since but we can tell you that the band will soon be composed of 5 people again.

Q: Who are your influences?
Each member of the project has very particular influences, as we all had a very different musical eductation . For instance, antony (drums) is a huge fan of Black Sabbath, Deep Purple, ACDC or Motorhead, he was born in 1974 and used to played in Hard Rock bands while the rest of the band was born in 1990, growing up with old standards such as Pink Floyd, David Bowie, The Velvet Underground, The rolling stones, but even Techno or rap music. We love a lot of band with a particular taste for Chilean and Australian psych scene (The Holydrug Couple, Pond, Sunbeam Sound Machine, Tame Imapala of course) We even sometimes wonder how these countries can gather so many amazing bands. We love the solar sounds of these bands but we also dig “darker” bands wich are all sources of constant inspiration for us, such as Follakzoïd, The Blue Angel Lounge, The Asteroïd #4 or anything Anton Newcombe ever created or produced.

Q. How do you feel playing live?
Our lives are always built with bipolar kind of vision. Melting 15 minutes dark tracks like Mirrors (from the Ep “A quest”) with more solar and even naïve dream pop shorter tracks. We love this duality between purposes, duration or universes. There’s also a large part of improvisation and we love to play with stronger effects live than in the records.


Q: Tell us about the process of recording the EP?
Our 2nd ep wasn’t made easily. In October we met fantastic people in a fantastic studio called Coxinhell, located in the French Riviera , where we first recorded Noyau de Nuit, which was supposed to be a Single track, as we had already recorded our second ep in Paris with the person who produced our first EP. But at this exact moment our collaboration crashed down for several reasons, so we decided to cancel the release of this scheduled EP and to go back to south of france with a handful of brand new tracks which would follow the direction and complete the work heard on Noyau De Nuit and with the strong will of auto-produce this 5 Tracks ep which will be called “CONSTANTINOPLE”. We recorded that EP as a family, at home, surrounded by our music

Q. Which new bands do you recommend?
Follakzoid (not that new) The blondi’s Salvation Biche

Q: Which bands would you love to make a cover version of?
Well we never made a cover of any band and never really thought about it but I guess we would cover a cheesy 70’s French song . Maybe Johnny Halliday one day?

Q: What are your plans for the future?
Constantinople will be released in march, with our first pressed vinyle which is really exciting. Within the next few days we ‘ll welcome a new person in the band so we re going to built a brand new live with hopefully a bunch of show comin in france and maybe elsewhere.

Q: Any parting words?
Hippopotamus
*
*
*
Thanks