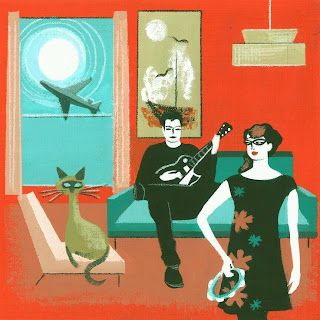 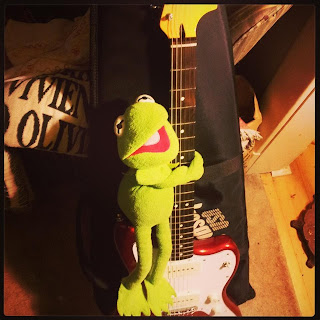 Q. When did Summer Aviation starts, tell us about the history...
A: Two summers ago, Kevin started playing music again after a long hiatus. He was inspired to play again after getting into the Carpenters and 60s sunshine pop. I started singing with him, and we decided to play music together. After he took me on his introductory flight lesson (he did great, by the way) we settled on the name Summer Aviation. Then we spent the next year practicing (I am still new to this) and writing and rehearsing material. Last year we started playing live shows, and eventually finished recording our EP.

Q: Who are your influences?
A: Roger Nichols & the Small Circle of Friends, My Bloody Valentine, Carpenters, Stereolab, Velvet Underground, Sunshine Company, lots of 4AD stuff, lots of shoegazey stuff... 60s pop, Pink Floyd, Sonic Youth, Beatles, Bacharach. Lots of noise-pop and kraut-rock, atmospheric drones, lots of stuff that may not manifest itself in our EP.

Q. Made a list of 5 albuns of all time…
A: 1. My Bloody Valentine -- Loveless 2. Roger Nichols & the Small Circle of Friends -- self titled 3. Carpenters -- Close to You 4. Stereolab -- Transient Random Noise Bursts With Announcements 5. Ennio Morricone -- Once Upon a Time in the West -- these may not be the best albums ever, just five favorites that made an impact on us.

Q. How do you fell playing alive?
A: We love playing live. It takes a lot of equipment to reproduce our sound, but it's worth it. 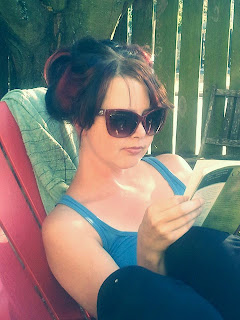 Q: Tell us about the process of recording ep?
A: We did it at home on a Tascam 24-track machine. We tried working on a computer, but got frustrated with it and went back to the old-style knobs and sliders.. Kevin does all the music parts. Keys and bass on the EP was recorded with a Korg SV-1 electric piano and Roland SH-101 synthesizer. Guitars are mostly Gibson Les Paul, with a little Jazzmaster in there. Recording everything at home was trial-and-error. We probably do a lot of things the "wrong" way, but feel the positives outweigh the negatives at this point. We felt we could use it to our advantage to have limitations, go for a raw lo-fi sound. It's easier and cheaper to tinker around at home instead of trying to carve stuff out in a real studio... Although it would be nice to use top-notch equipment. Someday maybe!

Q. Which new bands do you recommended?
A: We've been so infatuated with 60s and 70s pop lately, we have no idea about newer bands right now! For the last few years, that's all we've been listening to. It was partially an artistic decision to only listen to old stuff, let the influence sink in. It's still sinking in, hopefully it will show up more on our next recordings. 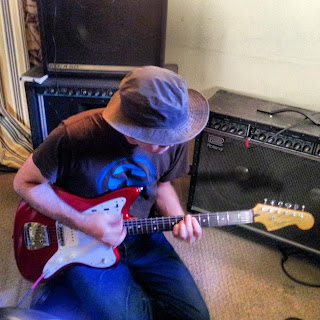 Q: Which bands you love to made a cover version?
A: We do a Nilsson cover at live shows, we've done Roger Nichols songs. We're planning on covering a Sunshine Company song in the future, for sure... Some others would be Love Generation, Peppermint Rainbow, Zombies, Eternity's Children.

Q: What´s the plans for future....
A: Start recording the next album! We want to learn from the first one, and do better. We're also looking to play more live shows and possibly tour, but we'd have to get our name out a bit more.

Q: Any parting words?
A: We just want to create something beautiful.
*
*
*
Thanks Kevin and Lee