Green tambourines with The Smoking Trees 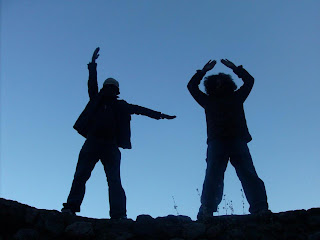 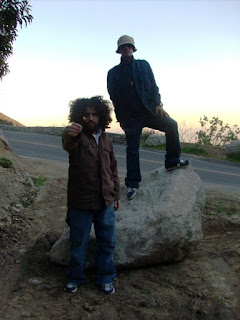 Q. When did Smoking Trees starts, tell us about the history...
SIR PSYCH: Al and I met in 2001 as co-workers at a music store in Los Angeles. I was just out of college and was trying to find my place in life, and Al was doing the same. We talked music and although our musical tastes were very different, our ambition for music was there. He schooled me in punk rock music and I showed him a world of music that he never knew existed with psychedelia. That's when we picked up our instruments and started writing some tunes. Al was in punk rock bands all throughout the East Los Angeles underground punk rock scene. In bands like Dial 69, Gunradio, Gumshoe, and Homesick to name a few. I was a DJ/Musician producing underground hip hop, but with a studio full of 60's psychedelic vinyl. I heard 60's psychedelia in the early 90's while digging for samples. I used to read the production credits to see the samples producers used and then dig for those records. It had to be in 95-96 when I heard a few producers use this sample which blew my fragile mind. The Beatnuts and Fat Joe used the sample of The Electric Prunes "Holy are You" from the LP "Release of an Oath". That happened to be one of the two albums I didn't have from them. The other being "Mass in F Minor". Production wise they are very similar in sound. Well I tracked down both of these albums and that's when I started the full scale adjustment from digging for production to straight up collector. I started incorporating my production style to the riffs Al was coming up with to create these catchy psych pop garage numbers. We started lout as a two-piece. Al on guitar, bass and vocals and myself on drums and vocals. I played a Mo Tucker styled drum kit with the kick drum upright, and loaded up with weights to deepen the tone. It was easier for me to sing with Al when I played drums this way. We incorporated other musicians to form a solid six piece, yet they dwindled down in numbers as time went on till it was back to a 2 piece in 2003, and it's been that way since.

Q: Who are your influences?
SIR PSYCH: Definitely 60's pop music, garage, psych, r&b. I could name names but it was basically just the recorded sound that was being made in the late 60's. When I hear it today it make me smile so hard. We didn't try to duplicate it or recreate it, we just tried to incorporate it into our music.

Q. Made a list of 5 albums of all time…
SIR PSYCH: We were just asked this recently it seems to change every time I list them. It ranges from Sagittarius "Present Tense to Hope Sandoval "Bavarian Fruit Bread". It changes from my moods that I listen to music to.

Q. How do you fell playing alive?

SIR PSYCH: As a two piece we sound fine but that's just not how we want to play live. When we meet the right musicians to gel with, not play with, gel with. We want the sound of the album to be there.

Q. How do you describe Smoking Trees sounds?
SIR PSYCH: 60's psych with the breakbeat of hip hop and the grit of garage. Catchy popsike tunes to sing to, dance to, make love to. We want to make a soundtrack to the lives of the listeners.

Q: Tell us about the process of recording the album acetates?
SIR PSYCH: It took about 6 months to create, however we only recorded together once a week. The rest of the time was done in the production room for countless hours to create something new with our studio session recordings, and our sound definitely comes out through a complete first listen to our music. We are satisfied with the results yet we feel we can learn from and grow more each time we create. 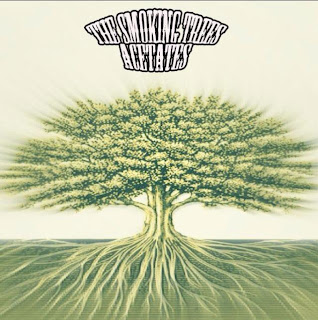 Q. Which new bands do you recommended?
SIR PSYCH: Lots of good California bands. I'm big with White Fence, the new Foxygen album is sitting nicely with me. The sounds around the globe right now are really blooming and I am excited to be making music today with countless bands and musicians.

Q: Which bands you love to made a cover version?
SIR PSYCH: We are working on a few covers to release this year as a freebie. We covered everything from The Beatles to Los Brincos. Prepare yourselves!

Q: What´s the plans for future....?
SIR PSYCH: Record, record, record. Just recording music and pumping out jams and taking it day by day. For what we did in 2012, we hardly left the comforts of our family and our homes to accomplish. I expect with us stepping out of the shadows a bit and into the lit, we will travel the distance.

Q: Any parting words?
SIR PSYCH: Just to love each other. We can grasp the ears of the world with a whisper these days. Just take in life when your in the open. To smile and say "thank you" and say "Hello" to a stranger. They can't be any stranger than you. Tchau!
*
*
*
Thanks Sir Psych