Things Never Be The Same with The Modulated Tones 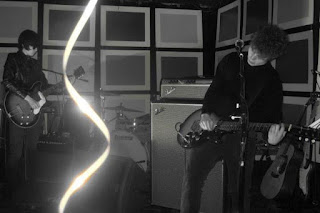 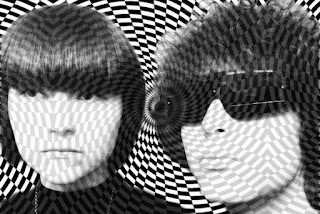 Q. When did Modulated Tones starts, tell us about the history..
Gina. The Modulated Tones came together in 2010. Kevin & I had already known each other for a very long time and had already established a band together previously. We wanted to start over, so we did and here we are. It's a simple project; we're best friends that live to stone-trip and make psychedelic music.

Kevin. We started playing around the beginning of 09. Gina started on the drums with me on guitar and vocals. We had no experience making music or any equipment so it took us a few years to get things rolling. We played over 120 shows before our first EP was written and recorded, in the shadiest corners of western Pennsylvania and Ohio. We had no way of recording any of it so a few albums worth of material will never be available. The goal is to create the ultimate psychedelic band. We want to cover all of the different styles of music that we love: psychedelia, krautrock, garage rock, dub, gospel, soul, shoegaze.

Q. How do you fell playing alive?
Gina. It's usually a good feeling, because I'm happy to share my vision with other people.
Kevin. Like I’m winning
Q. How do you describe Modulated Tones sounds?
Gina. Devoutly psychedelic.

Kevin. Like a tremolo, what isn’t there is just as important as what is. Music to empower. Repetitious spiritual vibrations; mixed with feedback and tremolo for this EP, but our sound is always changing 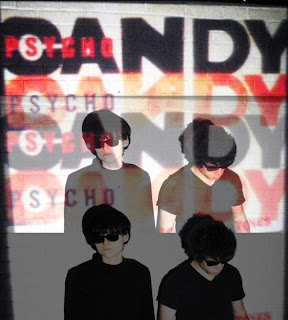 Q: Tell us about the process of recording the abum ?
Gina. We recorded over a period of two months. We had just begun using our studio and were both new to the process, so it was a trial and error process, and it worked out incredibly well. We both recorded our songs separately, with the exception of one. I really enjoyed playing all the different parts myself, that way I could make the song what it needed to be. It was a good time.

Kevin. We both worked pretty much by ourselves. We bought our own home studio in April and took two months to write and record about sixty songs. I picked four of mine, Gina picked two of hers, and we picked one song we worked on equally. For my portion of the record, I just laid down some drum beats and looped them, then layered two guitars, drones, feedback and whatever else I needed. I tried to get a song a day done as much as I could. We were working with a horribly small room and very limited equipment, but made it work.

Q. What´s represents the shoegazer classic era to the band?
Gina. I like to listen to some shoegaze music, but I don’t hear much of that element in our music

Kevin. The experimentation and vision.

Q. Which new bands do you recommended?
Gina. To be honest, I don't keep up with new music as much as I could. I’m always looking for good records though. 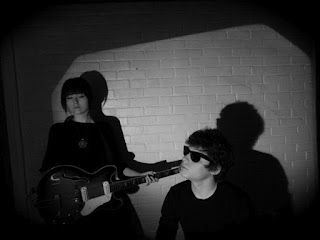 Q: Which bands you love to made a cover version?
Gina. There's no way I'd start up a covers band. Covering songs I dig is another story of course.

Q: What´s the plans for future....
Gina. We are going to start playing live shows very soon. Then we will put out another EP. Right now, I'm starting to work on new songs and I have such a positive feeling about them. Kevin and I are going for it, no questions. This is what we love to do and we’re pretty relentless in our pursuit.

Kevin. I want to record as much music as possible. I think we’re going to put out two more EP’s by this year’s end, then work on an album and heavy touring next year. I want to start a couple of other bands too, maybe start a psych label. Big things for The Modulated Tones!

Q: Any parting words?
Kevin. Thanks so much for interviewing us!
*
*
*
Thanks Gina & Kevin