Playing with Fire with Tone Rodent - An Interview 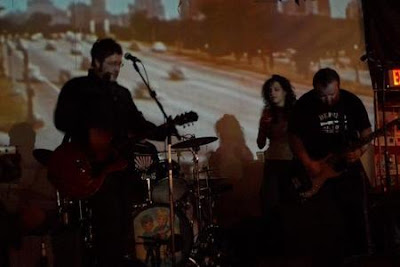 Q. When did Tone Rodent form, tell us about the beginning…

A. The initial idea of Tone Rodent started in 1999 and really came to fruition in 2000 in Canterbury, England. I was in the midst of my Masters studies in painting at the Kent Institute of Art and Design and I began playing with sounds and layering them in the same way I was painting. It became infinitely more interesting to me than actually painting at the time. So… I began to teach myself guitar and con some other musicians to work with me and when I moved back to the US Tone Rodent was fully born. The plan was to always surround myself with better musicians than I and to play and write within my capabilities. We’ve had several lineup changes over the past 11 years, members have gone on to other projects, but each time new energy and focus comes. We’re a much stronger, cohesive unit these days. It’s really exciting to write music within our band, because I’m never quite sure how or what will come next.

Q. What are the band’s influences?

A. Each member has such varied, obscure and diverse influences it’s really hard to answer in short form. Rock and Psychedelia play a big part, but we all influence each other in our playing and creative process. 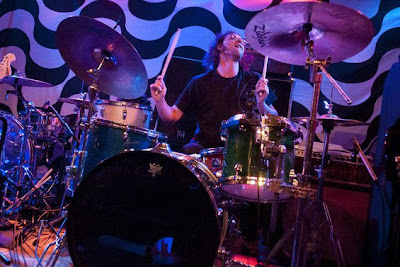 Q. Tell us about the recording process?

A. The first record was recorded with Jason Hutto in St. Louis. It was put down as much live to tape as possible with as few overdubs as we could manage. We wanted to try and capture some of the live band in the room vibe. The new Ep featuring Martin Atkins on drums from PiL, Killing Joke, Pigface etc. was recording quite differently. We recorded all of our parts track by track to a click track in St. Louis with Patrick Hunt, then we sent all of the master tracks to Martin in Chicago and he went into his own studio and laid down the drums. He sent the tracks back to us and Patrick took those with him to Pennsylvania and started mixing, producing and putting it all together. He did an amazing job! The songs sound fantastic. And it’s been more than a thrill to work with Martin. Then we sent our raw tracks and Martin’s tracks to Sterling Roswell aka Rosco from Spacemen 3 and The Darkside in London and he started adding beats and oscillations and remixing and flipping stuff around which led to another Ep of songs that began the same, but are completely different. Two companion pieces if you will. I’ve known Rosco for a few years now and we’ve collaborated on some other projects, but this is the first time we did a Tone Rodent project and it won’t be the last.

A. That’s always a difficult question to answer, as our perception is probably quite contradictory to what actually comes out of the amps! We’ve always tried to write songs that are not only fun to play but that we would enjoy listening to. All of the members in the band come from such a wide variety of influences and styles that when we’re all together in a room it’s really refreshing when the sounds and space are created. So back to the question… It’s rock, loud, dirgey, dark, heavy, psyche, shoegaze … I think. 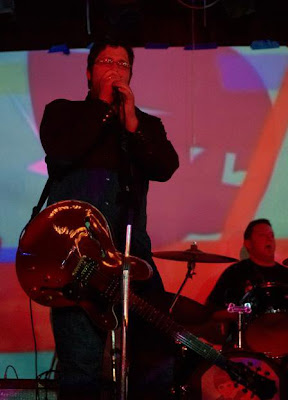 Q. Made a list of your top five albums from all time.

A. From the band, in no particular order:

A. We love playing live. The new lineup has come together really well. The old songs are tighter than ever and the new ones sound great live. The crowds have been really responsive. We just played a show with The Black Angels and we took to the stage with tornado sirens going off and a tornado hitting the airport and people loved it.

Q. What do you think about the classic shoegaze era?

A. I love that stuff! I still do. I grew up in a small town outside of Chicago and would go to this record store called Record Revolution and this old Vietnam Vet used to sell me records and for some reason he started selling me shoegaze, Spacemen 3, The Telescopes, Ride, My Bloody Valentine and some Jesus and Mary Chain. It blew me away. I dig the softer side like Slowdive and the poppier/tripper side like Lush and Chapterhouse as well, but I really like the darker side. The Perfect Needle by The Telescopes is one of my favorite songs of all time. It’s really exciting to see a resurgence of bands playing these days with a nod to those bands. The catch is to not wear those influences to prominently on your sleeve.

Q. Which new bands you recommended?

A. There are a lot in our local area that are really dynamic and amazing like:

But we also love, 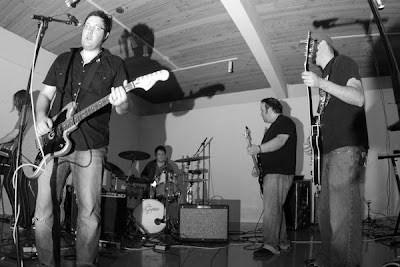 Q. Which songs by other bands would you like to do cover versions of?

A. Well, we’ve done a version of These Blues by Spacemen 3 that’s on a charity comp called Rock Back for Japan that everyone should check out, there’s like 6 volumes over 80 bands from all over the world and all of the money raised goes to help earthquake/tsunami relief in Japan.

We’ve talked about doing Motorcycle by Love and Rockets, When The Whip Comes Down by The Rolling Stones, Teenage Lust by The Jesus and Mary Chain, Crimson and Clover by Tommy James and The Shondells and ages ago we did I Need You by The Kinks and from time to time we’ve done Revolution by Spacemen 3.

Q. What are the plans for the future?

A. Right now we’re setting up some dates in the summer and getting ready to go into the studio to begin recording a batch of new songs for the next record.

Q. Any important news to tell us…

A. The next record is going to be a split with Rosco and us. One side our new material and the other side Rosco’s. We’re also trying to get him over to the US to do some shows. Fingers crossed and of course anyone interested in helping out… get in touch!
*
*
*
Thanks Adam and all Tone Rodent ...