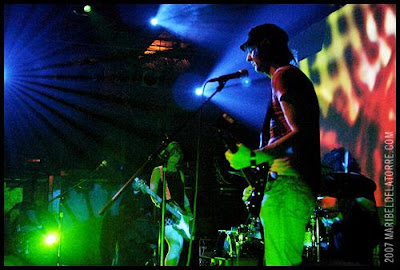 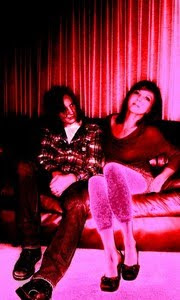 Q: When did Fleeting Joys starts, tell us about the history...
A. We met through a mutual friend. Rorika was working at a studio and she would practice her engineering skills on whatever project John had going. We spent a year trying to sonically maneuver into each other's pants! When John first met Rorika, he was impressed because she was “the only girl he knew that had Isn’t Anything and Glider as well as Loveless."
Q: Who are your influences?
A. Besides the albums listed, Johnny Marr, also.
Q. Made a list of 5 albuns of all time…
A. MBV / Loveless
Velvet Underground & Nico
Sonic Youth / Dirty
Cocteau Twins / Pink Opaque - John
The Beatles / Revolver - John
The Cure / Kiss Me, Kiss Me, Kiss Me - Rorika 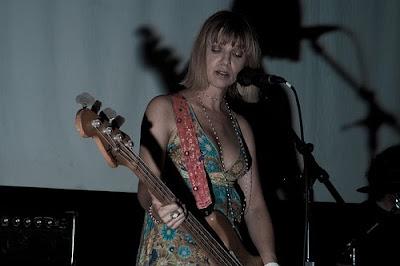 Q: Tell us about the Fleeting Joys´ gigs... how do you fell playing alive?
A. It's selfish self-indulgence! Being wrapped in waves of gorgeous chords is such an experience that's hard to describe. It's also impossible to hear yourself sing over it all!
Q. How do you describe FJ´s sounds?
A. We write a lot of songs that are beautiful just on an acoustic guitar, then begin twisting them around, trying different things, flying in parts of other songs until we find it more interesting. It has to convey an emotion first. Then, we begin creating layers of sounds that we'd like to be immersed in onstage.
Q: In your opinion what´s the best FT´s album?
A. Probably the one you haven't heard yet!

Q: Tell us about the process of recording the albuns?
A. We have always had a music room at home where most everything gets recorded. We will go over to Matt's for the drums and do overdubs at home. Our neighbors all hate us! Not really...they find it interesting.
Q. What´s represents the shoegazer classic era to FJ?
A. If you look very closely, you can see a wide-eyed John in the audience of MBV's Austin show at Liberty Lunch (Japanese bootleg video)!
Q. And about the new shoegazer scene all over the world,..which new bands you recommended?
A. So many good things going on..afraid we'll leave someone out! 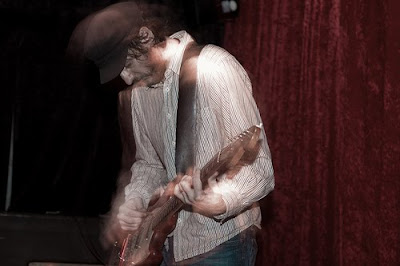 Q: Which bands you love to made a cover version?
A. We were asked to do a cover of a "guilty pleasure" recently and that was more fun than you'd think. So many possibilities!! It was a toss up between Evanessence's Bring Me To Life and HIM's Bury Me Deep Inside Your Heart...in the end, we blew it all off. 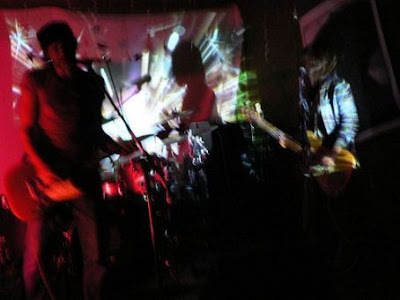 Q: What´s the plans for future....
A. This week, we are finishing a really beautiful song for a compilation that Thomason and Vinyl Junkie are putting out in Japan to donate to the earthquake victims.
Possibly adding another person for live shows. John has been teaching Rorika some of the second guitar parts and she really enjoys that, so we'll see...she just bought a vintage Jaguar. We've just released Despondent Transponder on vinyl with FTHPR in Norway, so hoping to plan a tour over there sometime this year.
Going to South America is something that we've always wanted to do because there was such huge support coming from there as soon as DT was released. The same was true with Japan. So, when we toured there. It was like visiting old friends because they'd all been with us for years!
Working on an EP of new songs. Thinking about releasing them digitally instead of making CDs. Not sure how everyone feels about that? Rorika likes to be able to download new songs often rather than waiting for an album to be released., But, John feels that an album or ep makes a story/impression when it's presented grouped together...even the order of the songs matters...as well as the artwork.
Q: Any parting words?
A. We feel so lucky to have fans everywhere that really support music and us. All we want to do is keep giving them more to love!
**** Thanks FJ!!!!