The Moon and the Melodies with Foxtail Somersault - An Interview 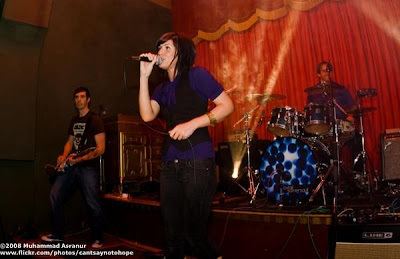 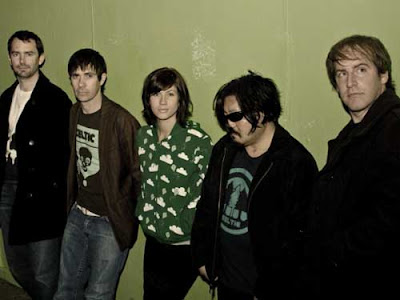 Q. When did Foxtail Somersault form, tell us about the beginning…
Seiken - Foxtail Somersault was formed in 2004 when my friend Winston wanted to form a cover band to perform a party, I had been in few music projects in Los Angeles previously, but put music on hold for several years for personal reasons. I had such a great time performing at the party, that it sparked the desire to form Foxtail Somersault. Moving on to our current line up, both Brian and Elizabeth Anderson (no relations) both joined FS after responding to ad's on Craigslist we had posted.

Most of the music I compose, starts on a multitrack recorder and I add layers and layers of guitars, final versions of songs really require an addition guitarist, so when I heard that James' band Morningspy were going to take a long haitus, I had been a fan of Morninspy, and I thought James could really help FS, little did I know at that time that he would become the glue that holds FS together. Fortuitously, we were both in attendance at a Tomihira show, when I asked James to join FS. Mark Loftin was also in Morningspy, and would eventually join FS.

Q. What are the band’s influences?
Seiken - 4AD bands from the 80's-90's, MBV, Slowdive, the Cure, and the Smashing Pumpkins.

James - They vary...I think we all like the classic shoegaze bands like mbv and slowdive, but we also have a lot of respect for some of the newer bands like deerhunter and asobi seksu. Strangely enough, I've been on a wu-tang binge since discovering pandora, so there might be some gunshots and karate between songs on our next release.

Q. What´s the process to recording Reflection EP, and what´s the difference from Fathom?
Seiken - Reflection was a full collaborative effort, while Fathom was pretty much my baby.

James - We take our time and record it all in bits and pieces. Then Seiken drinks a few gallons of rockstar and emails us about 15 - 20 remixes of each song. We basically wrote Reflection together, where as Seik masterminded Fathom while trying to assemble the right lineup.

Q, Tell us about playing live.
Seiken - I really enjoy performing live, feeding off the crowd, and the energy. I think we're a much better live band than our recordings. There are some challenges though, some of the tones on the recordings I cant really perform live due to stage limitations and equipment transportation issues, so we adapt and perform more in a raw fashion.

Elizabeth - Playing live makes our music more tangible, powerful for our audience....I think sometimes recordings can take something away from our music- and a live rendition captures more of the true sound. Personally...i still get nervous when I play- I usually make dumb jokes for the audience just to try and relax...hhe.

James - You just have to see it for yourself. It's difficult to capture the size or depth of our live show on a recording. In that sense, I'd like to think that we sound better live. Meeting the other bands we play with might be the most gratifying part of playing live. We just played with Bettie serveert and I made them sign my Palomine cd insert from 1992.

Mark - Playing live has been great...love the venues we've been playing at, and we have loyal fans that we hang out with after the show. We've been booked with some great bands, and it's fun to see the others on the bill. We've also done some cool cover songs like the Breeder's "Cannonball"

Q. How did last years gigs go?
Seiken- 2010 was very cool, we performed with a bunch of awesome bands including all of our labels mates (Astral,Vir, Tomihira), along with Holly Miranda, Spin Drift, Stripmall Architecture, the Meeting Places, Space Waves, Starry Saints, Joy Wants Eternity, and Bettie Serveert.

James - Last year was a year of rebuilding for us. We had a lot of great shows, and a few interesting road trips. I think the out of town gigs were the funnest because we all roll together in our 15 passenger van...it's usually a laugh-fest the entire ride until the van overheats on the I-5. 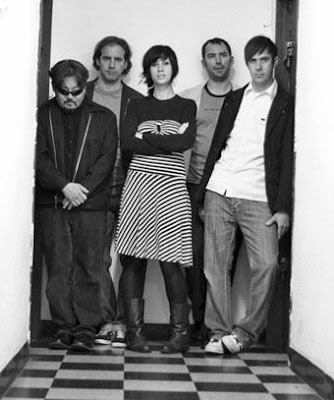 Q. What do you think about the classic shoegaze era?
Seiken - Loved it! I attended many of the shows during the era, including MBV, Ride, Lush, Chapterhouse, and the Pale Saints.

Elizabeth - Quite honestly, I wasn't familiar with many of the classic shoegaze bands until I joined foxtail..it's been really great to be introduced to all of this music which was "new"for me.

James - I think there were a lot of good bands that never made it big because of grunge.

Mark -Slowdive and My Bloody Valentine are two of my favorites. We have covered Slowdive's "Souvlaki Space Station" live, and the crowd was really into it.

Q. Tell us about bands in the current shoegaze scene…
Seiken - Besides the bands we performed with in 2010, there are really awesome bands out there like Experimental Aircraft, Amusement Parks on Fire, Tears Run Rings, SPC Eco, The High Violets, Asobi Seksu, Fell, and Film School, I'm sure I'm leaving many some out.

James - they're everywhere and most people still ask me what shoegaze is. San Francisco has a budding shoegaze scene and a lot of great bands like, Astral, Tomihira, LSD and the search for god...

Q. Which new bands you recommended?
James - Deerhunter has been one of my favorite bands ever since I saw them upstage the ponys at 12 galaxies in San Francisco. Like most people that night, I was there to see the ponys, but so blown away by Deerhunter's performance that I forgot who I was there to see. 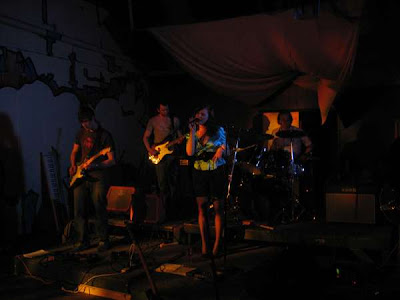 Q. Which songs by other bands would you like to do cover versions of?
Seik - I'd like to do a Cure cover one day, I'm a huge fan, I'm not sure exactly which song, love so many of them.

James - I'd like to try a smashing pumpkins song or something that's slightly out of our genre.

Mark - Would be fun to do covers of some bands that may not be defined as shoegaze, but had a major influence on the movement - bands like The Velvet Underground and Sonic Youth.

Q. What are the plans for the future?
Seik - After our Nov 4th show in San Francisco, we're planning on recording 3 tracks that are close to being finished, then we're going to focus on writing new material for our next release.

Elizabeth - I think that we are all excited to work on new material after having released Reflection....The process of writing and developing songs as a group is something I really enjoy.

James - Recording a full length is our next focus, and trying to keep everyone except beth productive during fantasy football season.

Q. Any important news to tell us
James - Sidney, our band mascot and beth's dog, just had surgery on her leg. She's getting better every day and should be back in action to work the merch booth at our next show. Please stop by to grab a CD or shirt from her, she offers a generous discount to anyone with food.
*
*
*
Thanks Seiken and FS....one of the best interviews....i love it!!!....Renato