The Perfect Needle with Telltale - An Interview 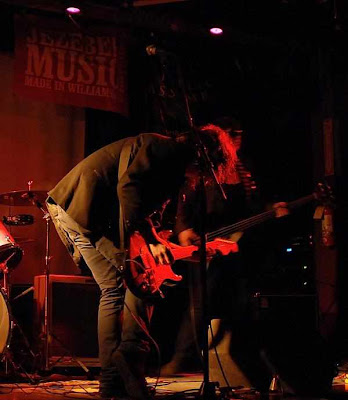 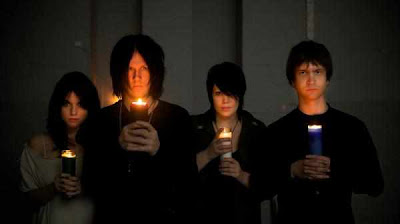 Q. When did Telltale form, tell us about the begining...
A. Stephan - Telltale was born in 2008 as a trio in Brooklyn. All the members used to play in different bands before - Charlotte (NC) garage outfit Elevator Action and Columbia (NC) noise band Orgone Accumulator - and met in NYC. I joined Telltale as a second guitar player in early 2009 when Audn - band I used to play in - went to hiatus.

Q: What are the band´s influences?
A. Stephan - We are into a lot of stuff - from post-punk/goth and Mute bands to Madchester era and Creation bands. Mostly 80's - early 90's influences. I was born and grew up in Eastern Europe. So i used to listen to a lot of brit-pop bands from 90's. Sometimes people describe our sound as gothgaze or dark shoegaze. Wall of sound, dark melodies and post-punk beats. A lot of guitar feedback.

Q: Tell us about the Telltale gigs...how was it?
A. Stephan - Telltale gig is different from classic shoegaze gigs. We don't use projections like MBV and most of new shoegaze bands because we think that people who go to see us actually need to see us and don't be distracted by random pictures on the wall behind the drummer. We are not a record player on stage, we are people. And we move on stage a lot. We are too bored to just stand and stare at our shoes all the time. It's a real fun for us to break strings or throw guitar in the air. Or something like that. We like light effects though.

Q: When is the album due?
A. Stephan - We just finished mastering of our debut record and hopefully it will be out this summer. We're gonna start shopping around for labels very soon. Also, we're going on short 10 days East Coast tour in August.

Q. What do you think about the shoegazer classic era?
A. Stephan - Needless to say that we can spend hours and hours talking about that. Those few years in late 80's - early 90's gave people a lot of new and timeless music. It was a bridge between psychedelic 80's rock music and britpop. Bands like The Jesus and Mary Chain, My Bloody Valentine, Ride, Slowdive, The Boo Radleys, The Verve shaped indie music scene of the last 20 years. 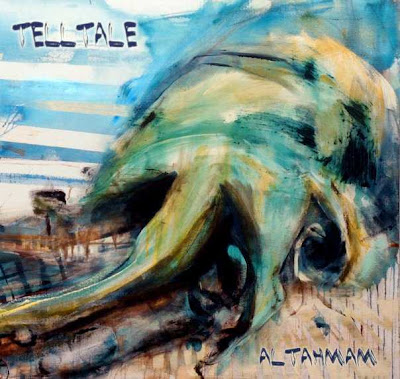 Q: Which bands you love to made a cover version?
A. Stephan - We used to cover "Back To Nature" by Fad Gadget. But it was long time ago. But we'd like to cover something from Adorable, Echo and The Bunnymen or even The Sisters Of Mercy.

Q: What´s the plans for future?
A. Stephan - Well, our plans include releasing our record, get signed, go on a tour, play more shows and eventually go to the studio to record some more material.

Q: Any parting words?
A. Stephan - Keep following our news and updates, try to catch our shows and don't mix too much drugs with too much alcohol. Everything should be in proportion.
*
*
*
Thanks Stephan!!!!