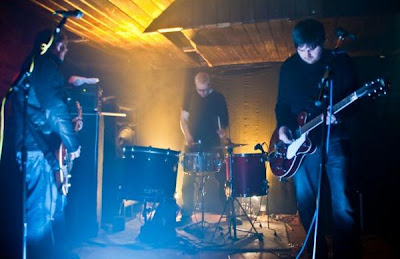 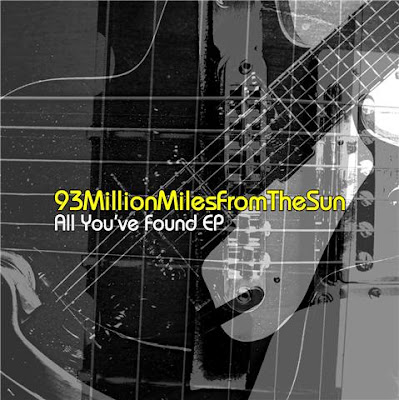 1. All You've Found You've left behind.

This track was written and recorded in a day after a heavy night listening to stuff like The Warlocks, Darker My Love and of course A Place to Bury Strangers.
Was asked by Parallax to give them a free song to mark the album being 1 year old so we worked this out. The lyrics are just random really as most are but I liked what the title says. It could mean different things to different people...

Two songs really. Again written and recorded in a day as i tried to do something slower and a bit different. The second part is just an instrumental that i'd had for a bit with added reverb guitar and noise...

Tried to create a classic shoegaze sounding song. Quite an early song thats been knocking around for some time and was nearly on the first album. Recently had reason to re-visit this one... 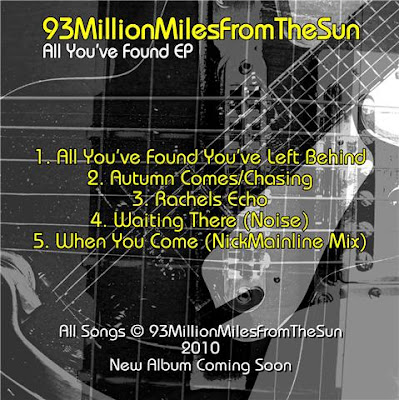 Waiting There, the original version is gonna be appearing on Norther-Star-Records Psychedelica 4 compilation to be released soon. The original is one of my favourite tunes we've written and will also be appearing on our next album.
This is basically the demo version with some quite abrassive guitar on it and different lyrics but i wanted to include it on the EP

5. When You Come (Mainline Mix)

This is a remix i did of a track off our new album. Its quite a bit different but i was just experimenting with synths and drum loops and was quite happy with how it sounds.
The original is quite different sounding and more 93 sounding but i like this...

'All You've Found 'EP will be available from the 31st of May for FREE! Visit http://www.parallaxsounds.com/
Look out for info on our new album soon...
www.myspace.com/93millionmilesfromthesun
*
*
*
Thanks Nick!!!!
Postado por TBTCI às 04:37