A Storm in Heaven by The Nova Saints - An Interview 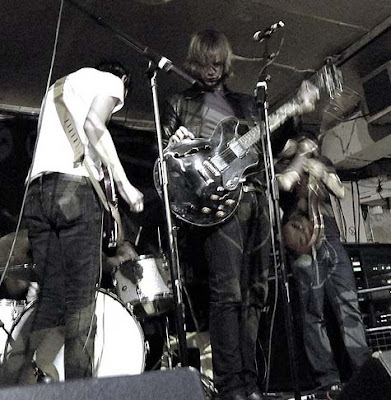 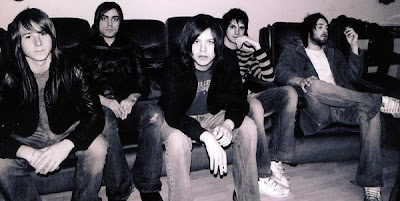 Q. When did Nova Saints start, tell us about the beginning…
Steve: We were actually booked for our first gig before we even had a band. We had some friends in a band who asked us to support them so we literally learnt some songs and, in my case, an instrument in a couple of weeks. That would be about 5 years ago.

Q. Who are the influences from the band?
John: I would say our primary influences when starting out were bands like Ride and The Mary Chain who combined classic pop songwriting with that chaotic and beautiful wall of sound type thing. Aesthetically My Bloody Valentine were a big influence.

Steve: There’s loads that I think come through our music - Brian Jonestown Massacre, early Verve stuff, The Beatles, Doves. It goes on...

John: Yeah, we’ve got quite individual influences as band members. For me The Byrds, The Beatles and The Beach Boys are hugely important. 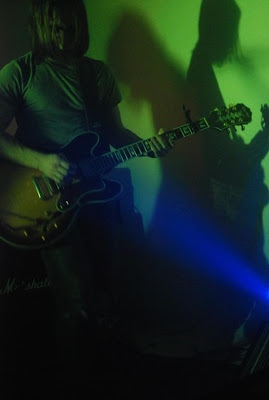 Q. What´s the most important thing in compilations like Psychedelica Series to the bands?
Steve: For us, we were pleased to be on the same record as some acts that we were really into. Bands like Brian Jonestown Massacre, The Hiss, The Black Angels - we'd been listening to their records for a long time so to be considered worthy of sharing a record with them meant a lot to us. I suppose it felt like we'd arrived in one respect.

John: And it’s given us exposure that we never would have had otherwise. The fact that we’re being interviewed by someone from Brazil says it all really. My next door neighbour doesn’t even know I’m in a band, yet people the other side of the world are into our music and that’s thanks to the Northern Star comps. 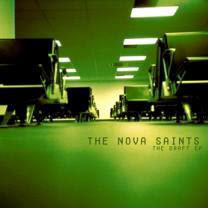 Q. Tell us about the process of recording The Draft?
John: The Draft EP is made up of what were originally intended to be demos. We recorded the majority of it at Moles Studios in Bath, which is where Spiritualized recorded Pure Phase and Ladies and Gentlemen… That alone was enough for us. ‘The Draft’ and ‘Slow Down’ were recorded live in one take although we did some overdubs on ‘The Draft’. ‘High Roller’ was recorded with Nick from The Verve in Bristol. It was one of the first recordings we ever did as a band. I remember he recorded the guitars SO fucking loud and we just assumed that that’s how guitars were always recorded! The studio was in the living room of someone’s house and we had the neighbours round hammering on the front door, screaming at us to turn it down.

Steve: We were only just finding our feet as a recording band during that time - something we've become a lot better at, which I think will show on the next record. I think the fact that it was recorded live comes through and that’s something we’re all really pleased about. There's a looseness that you can only get from playing live. A groove, if you like. 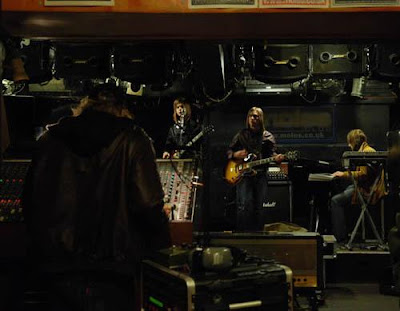 Q. The Nova Saints have some fans like Nick McCabe and Clint Boon...what´s its meaning to the band?
John: It means an enormous amount obviously, especially the Nick thing because we all grew up as such massive fans of The Verve. It’s easy to think, though, that that kind of patronage means a free ride, which just isn’t true. It was weird how when people heard about the McCabe connection we suddenly started getting compared to The Verve in every review, which we never had before, but it’s flattering more than anything. And it reassured us early on that if Nick McCabe likes what we’re doing then we must be doing something right.

Steve: It always feels a bit surreal when people like that, people whose music you've been listening to for years and years and who you have massive respect for, talk about liking your music. It makes you believe; keeps you going.

Q.Tell us about the crescent new scene from shoegazing bands…
John: We’ve never really felt part of a scene and certainly not a ‘shoegazing’ scene.

Steve: It's a strange genre ‘shoegazing’. Sometimes we're labeled with it and sometimes we're told we're not shoegazing enough! There are a few bands coming out at the moment - people like School of Seven Bells - who are making that kind of music using electronics as opposed to a wash of massive guitars, which I think is pretty cool. I like what I've heard of The Big Pink. They seem to be coming from the right place.

John: The Big Pink don’t do anything for me at all! They sound like Chapterhouse, who were fine the first time around I guess, but do we really need to hear it all again just with better drum machines? The reason I still like bands like Ride and My Bloody Valentine was that they wrote great songs. Anyone can disguise their shortcomings as a musician with a load of effects pedals and reverb, we’ve all done it, but to write a really great pop song – that’s what endures. It’s not shoegazing that I like. Shoegazing is just a name given to a sonic idea - a great idea, don’t get me wrong - but it’s not enough in itself. I like pop music.

Steve: The Horrors’ last album is one of the best things I've heard in a while... brilliant live too.

Q.Which bands you love to made a cover version?
Steve: We've covered The Beatles in the past. Primal Scream, The Who…

John: The Small Faces, The Creation…

Steve: I don't know going forward... I'm not sure I'd ever commit anything to record but it's always good fun to play someone else's stuff live. I dunno... maybe a Mary Chain tune? Nice and easy to play!

John: ‘Take Me To The Other Side’ by Spacemen 3 would be amazing. We should form a Spacemen 3 tribute band with Saturation Point. 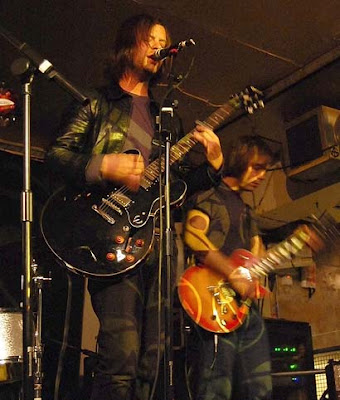 Q.Which new bands you recommended?
John: They’re not new but I’m digging The Besnard Lakes at the moment. They’re made up of members of The Dears and Godspeed You! Black Emperor but don’t sound like either of those bands! And The Pains of Being Pure at Heart are great because they make me feel about 15 again.

Steve: Exit Calm are the business. If you haven't heard them, you should.

Q.What´s the plans for future? New records, a tour….
John: We’re recording our debut album at the moment. Hopefully it’ll be out next year so all our energies are focused on that at the moment.

Steve: Yeah, the album's all that's concerning us at the moment. It would be great to get it finished and released next year. Whenever it does come out a tour would seem the next logical step. Watch this space…

Q. Any order important thing to tell us…
Steve: Keep listening. We'll be worth the wait.
*
*
*
*
*
Hey Guys thanks a lot for all!!!!!All the best to the Nova Saints - Renato Malizia