Spacegaze with Vast Asteroid - An Interview 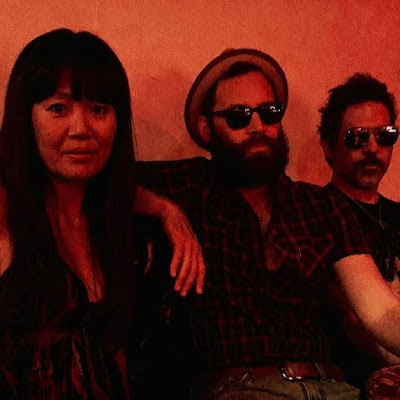 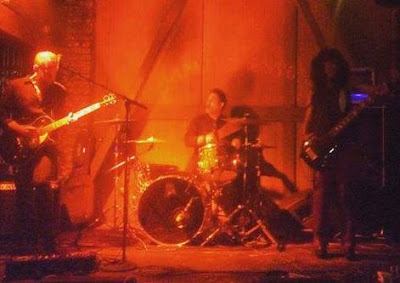 Q. When did Vast Asteroid start? Tell us about the history...
James: Mark used to play in a band with Mimi. Then he started playing music with me. Then he was playing with Slaughter and the Dogs in Japan. He came back and posted some pics, which Mimi noticed because she's from Japan, and asked if, by the way, Mark knew any shoegaze-type bands looking for a bassist... which we needed at that exact moment. A couple jams later, the band was born.

Mark: Yes, James and I have been playing music together in various configurations for over a decade, and Mimi and I used to be in a band called Rayon a few years ago, and she joined us in mid-2016. The years of playing together makes it much easier to write and play music where we don't have to talk about things too much, and the vibe happens naturally and organically. It's been such a true pleasure to make this album.

Q: Who are your influences?
James: At this point, musically, I could probably sum everything up with Billy Corgan.

Q. Make a list of 5 albums of all time…
James: This gets harder every year. And changes. Here's one for each of the past 5 decades:

Q. How do you feel playing live?
James: It's a journey through time at wildly different speeds. Sometimes time even stands still. It's mystical.

Mark: We realize that the sum of us together is greater than the parts separately... We all have a bit of a musical telepathic link that does not require much talking, which is rare and awesome, and really comes to the fore when we play our music live.


Q: Tell us about the process of recording the songs?
James: I show up at rehearsal with some songs. We feel our way around. In addition to being a rhythm section Mark and Mimi are brilliant arrangers. So they take the vibes of the songs in brilliant new directions and that's what we then record live in studio for our basic tracks. Then it's back to me to layer guitars and vocals and the occasional three-note keyboard bit.

Mark: A brief writing and rehearsal period in the Highland Park neighborhood of L.A. quickly led to a recording session that was tracked during a beautiful and torrential rain and wind storm on a magical week last winter at the legendary Rancho de la Luna studios in Joshua Tree, CA. The boards were manned by Producer/Engineer Andy Freeman, and Engineer Johnnie Burik. Good vibes provided by host extraordinaire and co-conspirator Dave Catching of Eagles Of Death Metal, whose guitar magic can be heard on the final epic track called “Spacegaze”, which was a late-night, totally improvised jam that we were lucky to capture on tape, and is presented on the album with no overdubs...

Q. Which new bands do you recommend?
James: Listening right now to Alvvays, Middle Kids, and Everything Everything -- not brand new but just catching on in the New World.

Mark: Yes, I was also going to say those three bands, plus Cloud Nothings and Land of Talk.

Q: Which band would you love to make a cover version of?
It's a mystery. Sometimes I write a song and realize it's already some other song. Maybe eventually I'll love one of those enough to just try covering the song.

Mark: Mimi is not a big fan of doing cover songs, but I wouldn't mind tackling something off of Failure's "Fantastic Planet"...

Q: What are your plans for the future?
James: Right now the future is all about sharing these songs with the kind of people who love these kind of songs... whether they know it yet or now.

Mark: Releasing our self-titled LP on November 17th and celebrating with a release show in Los Angeles, with more regional dates to follow...We'd obviously love to play in Brazil and all over the world, if possible!

Mark: Live in the moment and spend less time on your phone. Love more, hate less. Listen to music LOUDLY!
*
*
*
Thanks