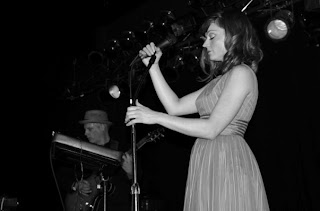 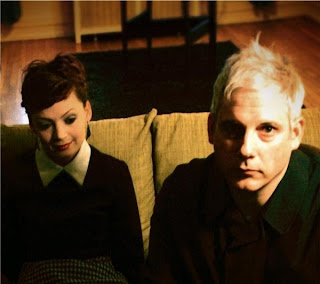 Q. When did Drakes Hotel starts, tell us about the history...
1. The band started when we met in a record store in Santa Cruz, California where Chris worked. Knowing we wanted to make music together we got engaged, moved to Seattle and started recording. We put out our first self recorded CD in 2004 titled Chains for Two. We've moved around quite a bit over the years going from Seattle to Omaha to Portland and back to Omaha where we've settled in. In that time we've put out a record on Reverb Records called Tell Me Everything in 2007, and followed it with two self released albums- Sparks that March in 2009 and Logic Adopts Senses in 2011.

Q: Who are your influences?
2. It's kind of hard to say. Chris loves everything from Chameleons, The Smiths, Teardrop Explodes, Psychedelic Furs and Killing Joke to the Cars. Amy likes Metric, Interpol, The Go-Go's, New Order and The Horrors. We're not sure how much of the music we like translates to our music.

Q. How do you fell playing alive?
4. We love recreating our songs live as a duo. We love playing loud and surprising people with the scope of our sound.

Q. How do you describe Drakes Hotel sounds?
5. We're guitar focused with touches of retro electronics. We've been described as everything from Post Punk and Shoegaze to New Wave and Dance Rock.

Q: Tell us about the process of recording the songs?
6. We have our own studio and it's a creative space where we can go in at any time and lay down tracks. We usually decide to put out a record when the backlog of songs gets too big. 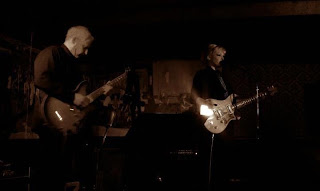 Q: Which bands you love to made a cover version?
8. At practice we do, "Just Like Honey" by Jesus and Mary Chain, "Christine" by House of Love, "Killing Moon" by Echo and the Bunnymen and "Metro" by Berlin. We have fun with covers in practice but don't have space in our set when we play out.

Q: What´s the plans for future....
9. We're getting ready to release our next cd by the end of August and if all goes well we hope to release an EP every few months for the next year. We're gearing up to start playing live this fall and plan to throughout the year with a longer tour next summer.

Q: Any parting words?
10. Thank you for the opportunity to talk to you and we hope to see you out on the road sometime.

All The Best,
Amy and Chris
*
*
*
Thanks Amy/Chris