Night and the City with Silo Halo - An Interview 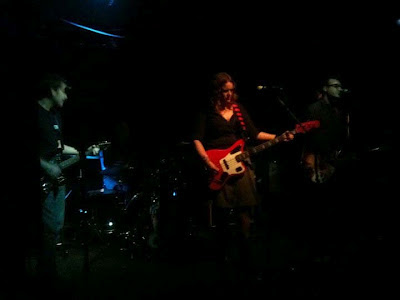 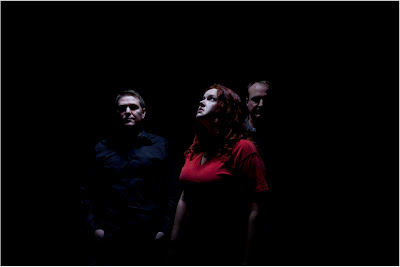 Q. When did Silo Halo starts, tell us about the history... and perhaps your influences?
We started playing together not long after meeting one another, a few years ago. We connected easily and almost immediately. We were- and still are- very motivated by a need to write, play, and record as often as possible.
Q: Who are your influences?
We’re influenced by our lives and the lives of people who we know, read about, listen to, and see.
Q. Made a list of 5 albums of all time…
Big Black “Lungs”
Big Black “Headache”
Big Black “Songs About Fucking”
Big Black “Atomizer”
Big Black “Racer-X”
Q. How do you fell playing alive?
We love playing live. The ideal live show for us is a communal event involving engagement and stimulation among the people who play and the people who come to the show. We prefer to play shows where the situation lends itself to mutual respect among the people hosting the show as well as the other acts who are on the bill. We like to play with other mixed gender bands whenever possible. We don’t avoid unusual or challenging situations; the wild-card factor is often interesting. But we avoid scenarios where we don’t know where the money from the door is going, or where it’s obvious that the core values of the other artists on the bill don’t jibe with the basic elements of where we come from; fairness, respect, clear motives.
Q. How do you describe Silo Halo sounds?
We use live drums on recordings and a drum machine when we play live, and then some variation of the traditional bass, guitar, and organ configuration. We switch off singing lead and backing vocals. Our approach to songwriting tends to be heavily focused on lyrics and ideas. We use chords, melodies, and arrangements as vehicles for conveying those themes and ideas. The choices that we make in arranging and recording usually involve referring back to the overall concept of the song.
Q: Tell us about the process of recording Night and the City album?
We recorded the album in a series of short bursts. We’d record for a couple of days, and then spend time rehearsing and playing shows, then go back to recording, and then play more shows and work on other songs. We record in one of our homes- where we also practice- to 16-track, so the environment allows for a comfort level that can in turn seep into the recorded versions of those songs. We mixed the album in one of our other houses. We have worked on arrangements and compositions in all three of our homes. The familiarity of home greatly outweighs any concern over not being in a professional studio with fancy equipment. Plus we have ability to work around our various schedules and the demands of our day jobs.
Q. What´s represents the shoegazer classic era to the band?
In general we don’t really think of times or places as classic, even those that we remember as birthing a lot of music that remains important to us. We’re mostly concerned with the present. Christin didn’t even know what “shoegazer” was when we started the band. She comes from more of a punk and hardcore background. 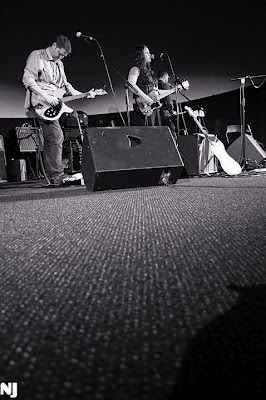 Q. Which new bands do you recommended?
There are loads of new bands who we recommend hearing. Many of our friends and people who we like to play shows with are also our favorite bands- Fangs Out, We Are Hex, Get A Tan, Screen Vinyl Image, Ceremony, The Water, Kohoutek and HotChaCha come to mind. In the broader universe of ‘new’ music, we like Weekend, Skull Defeckts, Disappears, Girl in a Coma, and Dum Dum Girls.
Q: Which bands you love to made a cover version?
The Antiques “I Want A Cat for my Birthday.”
http://dimdigdesign.wordpress.com/2012/02/22/birthday-cats/
Q: What´s the plans for future....
Recording more songs and playing more shows. We all want to make music until we’re old and grey. We hope that will include making music together for a long time. Our record will be available worldwide on April 10th, 2012. You can pre-order it on 180g vinyl (with full MP3 download) or CD at Etxe Records: http://etxerecords.com/store/
Q: Any parting words?
Thank you very much, Renato, for taking the time to talk with us. We appreciate it. We would love to play in Sao Paulo some day.
*
*
*
Thanks Silo Halo
http://etxerecords.com/bands/
https://www.facebook.com/silohalo