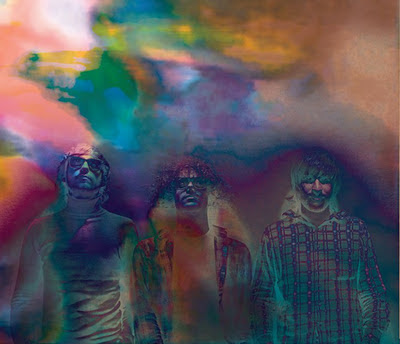 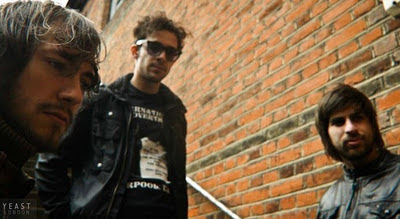 Q. When did Piatcions starts, tell us about the history...
A. Piatcions started few years ago when I and Dave found the drummer we where looking for, Dario. Born as a more garage oriented band we changed line up a couple of times (Dario T., Skaio) before find the right feelings as a 3 man band. During this time our music grew with us till it becomes what it is now.
Q: Who are your influences?
A. We have so many different influences; the principal inspiration comes from all the phsyc/space scene: stuff like my bloody valentine, jesus and mary chain, spacemen 3.. but there are many nuances that come from much more bands.
Q. Made a list of 5 albuns of all time…
• Beatles / Sgt Peppers
• Rolling Stones / 12x5
• Velvet Underground / The Velvet Underground & Nico
• Primal Scream / Vanishing Point
• Spiritualized / Ladies & Gentlemen we’re floating in the space
Q. How do you fell playing alive?
A. It's so exciting and funny! When we play live we do our best, regardless of how much people is watching us, but if you see a lot of people jumping and dancing your music you feel a strong charge and it affects your feelings about playing, as well as the upshot of the show. In addition we play that kind of music that enable you to clear your mind and just think about feelings, while you're playing.
Q. How do you describe Piatcions sounds?
A. We've always looked for a great combination between catchy melodies, wall-of-sound ambients and unconventional sound textures. If I have to use adjectives I'd say Loud, Fat and Intense. 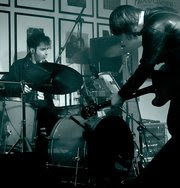 Q. What´s represents the shoegazer classic era to the band?
A. Our latest album has been recorded in so much time; A. we put a lot of work in it and it gave us satisfaction. When we record, tracks are constantly changing, from the first record to the last mix, and this helps us to make songs like they are in our minds.
Q.What does the shoegazer classic era represent to the band?
A. Shoegaze has been a turning point for us. When we began discovering the classic shoegaze scene we were a garage band; since then we kept finding out new stuff and acquiring more and more influences. The basic sounds are so similiar to then, but the end product has been
strongly influenced.
Q. Which new bands do you recommended?francy
A. Underground scene is full of new interesting bands I realize it everytime we tour Europe. In England they have Tamborines, Eat light become light, Koolaid Electric Company, One unique signal. France has Zombie Zombie, Dalai Lama Rama Fafafa and Moloko Velocet and even Iceland has bands like Singapore Sling, the, Dead Skeletons and Go-Go Darkness. New-Psych scene has become bigger and bigger during these last years.
Q: What´s the plans for future...
A. For the near future we're planning a couple of tours in Europe; we'll go in UK in the third week of February for some gigs and in April
we'll go in Scandinavia. Then we hope we could arrange a tour in USA. It would be wonderful! For the farer future we can just wait and see what happens!
*
*
*
Thanks Dave!!!