The Cold Plan with My Dear Killer - An Interview 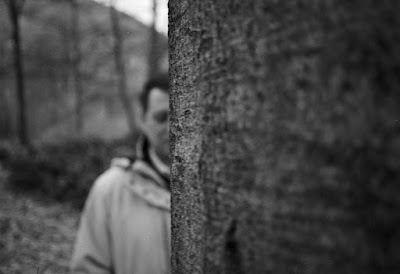 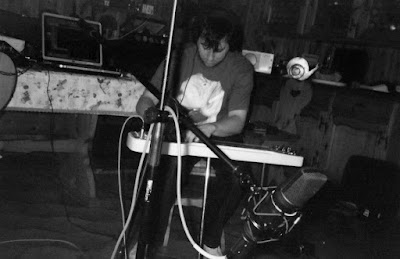 Q:When did My Dear Killer begin? Tell us about the history...
A: My Dear Killers started in, I think 1996. At least that’s the date on the earliest tape I have marked. At that time I used to record a lot on cassettes just using a walkman or a shoebox recorder. That's a habit I lost, sadly. I was back then part of another project, a sort of post/math-rock duo involving two guitars only, called the Frozen Fracture. We were already working sort-of-minimalist to bypass the difficulties in finding other interested players, especially drummers. Still the Frozen Fracture sound was sort angular and dissociated. Hence I started to set aside pieces which I found somewhat too melodic for it, and to write lyrics. As the collection of the songs grew, became more articulated and significant. At the same time, the other project started to fade and almost instinctively I made my dear killer my main project and begun to experiment with tapes and overdubs, also because, by then, I managed to get hold of a more decent recording device. Basically it has continued since then along the same lines, with guitar tunes wrote first, lyrics after and after that finding a suited ambient made up of guitar or electronic noise, tape loops and ambient sampling.

Q: Who are your influences?
A: That's a difficult question to answer. It is not because there are no influences, but, eventually because there are too many. I think we are, all, ultimately influenced somehow from every thing we listen to, even when it is not voluntary. Still, I think is fair to list two or three main movements which have really shaped my taste, and therefore the way I do music. I obviously love folk, particularly British folk of the early and late sixities, Nick Drake, John Martyn, Bert Jansch, Jackson C Frank, Fairport Convention, Tim Buckley (to mention a few), Those acts with early psychedelia were definitely my favourite things when I was sort of a kid. When I grew a bit older, I get to be more involved into the new wave, post-punk and early industrial/neo-folk scene, although my initial unconditional love was the american noise scene, most of all for early Sonic Youth, which I adored. After those, my the biggest influence has been that of the so-called Lousiville scene (Slint, Rodan, Gastr del Sol, June of 44, etc). It was kind of an epiphany when I first heard to these records. Sadly I can't say anything like that has repeated more recently, but that can just be an age issue; it's far easier to get astonished when our mind and soul is green. At least, I think so.

Q. How do you feel playing live?
A. I actually like it a lot. I always though music is meant to be played live, and not just to be something set on any kind of support of choice only. It depends on the acts, it's not an universal feeling and I accept that. But at least it is mine. I would actually like to play more often if that were to be possible, but suitable locations are scarce, and in general there is a bit of an issue, which I can not rationally explain and I restrain from non-rational interpretation if I might. It seems that acts which do effectively something original, and are not “hyped” or are not very comfortable with “shameless self promotion” get left on the shelve. Despite this, I still love playing live and more or less I play every time I am given the chance. Of course there are occasion when things become a little bit of a shamble; we had people are not interested and the noise they made being far greater than what we were making when playing. That has happened. I still try to play the best I can and let the few people eventually interested in what I am doing, enjoying what they are listening to, if they do.

Q. How do you describe My Dear Killer sounds?
A. It an “interface” sound, I'd say. Schizophrenic might be an alternative definition. Definitions are always a bit of a constraint, but I am well aware we shall use them, and use words to describe music, sometimes. I used the interface term because whereas the basic structure of the songs can be set into the songwriting category, with its own peculiarity of slow tempo and dispersed arpeggio, the overlaying meshes of sounds, being it feedbacks or prepared guitars, manipulated synths, tape loops, are not that very frequently juxtaposed to song-writing, albeit surely that's not unprecedented. I used schizophrenic borrowing from a friend’s comment..., he once said, it seems I am listening to two records at the same time, with somebody playing in the front room and somebody trashing the back-garden, at the same time, on the background. Yet, that being done by the same person. Might not be psychologically reassuring but I find it as the best description I have heard so far, so I make it mine.


Q: Tell us about the process of recording the songs ?
I generally tend to record the full albums in one ago, that is because I like to have homogeneous sound though them, and using the same instrument, amplifier and equipment helps a lot on this front. I basically record simultaneously guitar and voice, using several (2 to 4) microphones at the same time, a couple close picks and a couple more in the ambient. That give the scaffold of the records. Other sounds, mainly the sonic landscape I then overdub. That's the most improvisational part and the part in which other people have contributed the most, sometimes even more than myself. For this I tend to layer a few tracks, which contribution is defined during mixing. Last of all came the sampling, when I use them. I tend to have a clear idea of which sort of sampling I need or wish to add in a given song, but their position and spacing, I feel like its sort of a last touch. So, at the end, with some bouncing and pre-mixing, I typically end up with less than 8 tracks before the mix is closed. Even when using digital recording, which is often much simpler to handle, the process is very similar to what one would do with an analogue set-up. Hence, that is a relatively straightforward process, as I also rely to a minimum on effects during mixing, basically just a dash of compression, equalisation and reverb.

Q: Which band would you love to made a cover version of?
A. I would say Polvo. Or US Maple.

Q: What are your plans for the future?
For the closest future, I hope I'll have the chance to play and bring around The Cold Plan.

On the medium/long-term I am already working on a new album, which has the tentative title “Collectable Items”. I think that, in essence, the three records I have done so far, and the one in progress, are joint thematically, and follow a common lyrical and musical path. Collectable Items seems to represent, for the time being, the conclusion of the journey. After which I will have to think deep and seek for new sources of inspiration. Yet, before that, there's a still long journey ahead.

Q: Any parting words?
Firstly, thanks so much for the giving me the opportunity to express my thoughts. I hope something would make sense in this burbling. If anyone might feel interested in getting in touch, please do so, we'll be extremely glad of that. And, certainly, I hope we can meet in person one day. Distances in the future might shrink even further than they have done in the past decades already.
*
*
*
Thanks