A Charcoal Night with Writ on Water - An Interview 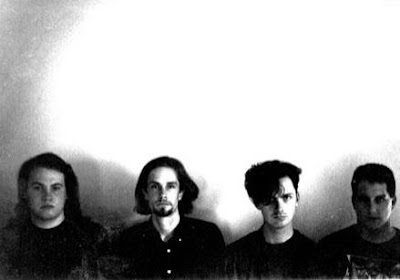 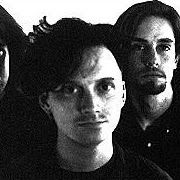 Q. When did Writ on Water begin? Tell us about the history…
JEFF MacKEY: Dan and I started playing music together in Southern California in 1990, and Writ on Water began in 1991 when we added drummer Joel Hughes, and then guitarist Miles Williams soon after. We started off as more of a regular “band," practicing in a garage, looking for gigs. But after our first album (‘Sylph,’ 1992) came out, the record company we were signed to went belly-up and we found ourselves without a label. Joel and Miles went on to other pursuits around that time, and Dan and I have continued on since then as a recording project. Dan and I have both moved to the East Coast over the intervening years, and we’ve worked with drummer Matt Akery on our last couple of releases. I write music pretty regularly, and we periodically find ourselves with material that seems like it would work as an album. We’ve been independent, releasing albums and EPs ourselves online for almost 20 years now.

Q: Who are your influences?
DANIEL JOHNSON: The Church, the whole 4AD sound from the late 80s/early 90s, David Sylvian

JEFF: I feel like everything I hear is an influence to some extent. But I’ll mention a few things that kind of changed my ideas about music along the way. The classic 4AD sound of the late ‘80s was a big influence. I still remember the first time I ever heard Cocteau Twins, and I couldn’t believe my ears, just seemed like the most magical sound I’d ever heard. I was also fascinated by The Wolfgang Press’ unconventional, linear approach to song structure when I first started listening to them. David Sylvian’s ‘Gone to Earth’ really affected my thinking as well, with its mix of sparse and densely textured arrangements, instrumentation weaving in and out…still one of my favorite records. Dan and I both listen to a lot of orchestral music, which may also impact our approach to song arrangement as well.

DANIEL: Here are some favorites, in no particular order:
The Blue Nile - A Walk Across The Rooftops
Bowie - Low
Joy Division - Closer
Mark Hollis - (self titled)
Secret Chiefs 3 - Book of Horizons

I also listen to a lot of jazz and classical.


Q. How do you feel playing live?
DANIEL: I love playing live, but I haven't done so for many years. We thought about getting a live band together about ten years ago, but because we live several hours' drive apart, it never quite happened.

JEFF: That’s an especially tough question for us since we haven’t done a Writ show in more than 20 years. I did some acoustic sets of mostly Writ on Water material back around 2001, and that’s the last time any of our material has been performed live. I think my original idea was to be primarily a studio project as I found playing live very stressful and exhausting. Looking back, I regret that we weren’t more active in trying to do shows because I think we might have developed into a pretty good live act. I still occasionally get the crazy urge to get a lineup together, but it seems unlikely at this point.

Q. How do you describe Writ on Water sounds?
JEFF: I’m fond of “expansive minimalism” as a description. It obviously doesn’t apply to every song we’ve recorded, but I think one of our fundamental philosophies is experimentation and layering on top of a minimalist foundation. I’ve never really been sure in what category we belong—we’ve heard terms like space-rock, post-punk, post-rock, even Goth used over the years, but it was never really our intention to be any of those things.

Q: Tell us about the process of recording the songs ?
JEFF: Our recording process has evolved over the years. In the early days, we would do 4-track demos with the intention of going into a proper studio later to record them. Eventually, Dan and I wound up setting up home recording spaces, and we do our tracking independently since we live in different states now. I write/record pretty regularly at home, but most tracks never see the light of day. When I have a song idea, I’ll start putting down tracks and work it into shape over time, and then the file goes to Dan for additional tracking (or vice-versa). When we finally released 'The Greyest Day' in 2014, we had been tinkering with some of those tracks for a few years by the time it was finished. Digital recording in a home studio can be kind of a blessing and a curse—a blessing because it is so convenient to try things whenever you feel inspired but a curse because it removes the urgency and cohesiveness that comes with a limited amount of time in the studio.


Q. Which new bands do you recommend?
JEFF: I defer to Dan as I’m just about the worst possible person to ask—my recent rotation has been the first few Simple Minds records, The National, some Smiths. But in terms of current bands, I like The Radio Dept. and The Mary Onettes a lot, stuff coming out of Stockholm…neither band is exactly new, but wonderful.

DANIEL: I hear that Aidan Knight is coming out with a new album sometime soon — his first two records are fantastic. As far as jazz goes, you should listen to Yazz Ahmed, a British-Bahraini trumpeter based in London.

Q: Which band would you love to made a cover version of?
JEFF: We’ve never released a cover before, but we played a couple of things live way back when.

DANIEL: We once covered the Virgin Prunes (“Pagan Lovesong”) and Jim Reeves (“He’ll Have to Go”) in the same concert.

Q: What are your plans for the future?
JEFF: We're not really sure at this point. I have been recording some new material lately, but I’m still trying to figure out what it is. I do expect that there will be more Writ on Water releases in the future, maybe some side projects.

Q: Any parting words?
Thank you for giving ‘A Charcoal Night’ EP a listen, and please stay in touch!
*
*
*
Thanks