Forever with Divenere - An Interview 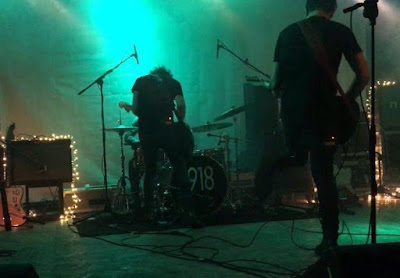 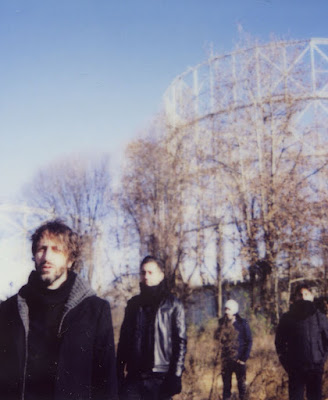 Q. When did Divenere begin? Tell us about the history...
Our history begins in 2005, when Claudio and Danilo, guitarists and singers, meet and try to start a new project, putting togheter their indie and new wave influences with the aim to give life to a brand new band playing these unusual genres in Italy.

Q: Who are your influences?
In the first years, some major new wave bands such as Interpol, Editors and others like Radiohead influenced us a lot. Later on, we have been more influenced by shoegaze and post rock bands such as Slowdive, Mogwai, Tides of Nebula, God is an astronaut and Mew.

Q. Make a list of 5 albuns of all time…
That's a hard question! considering all the band's components we would say:
Radiohead: Ok Computer
Mew: Frengers
Mogwai: Hardcore will never die, but you will
Afghan whigs: Black love
Slowdive: Souvlaki

Q. How do you feel playing live?
What to say...we feel so good! That's the greatest moment a musician can live. We love so much to be on stage and see our music exciting our fans.


Q. How do you describe Divenere sounds?
We are always looking for a "comfortable" sound, covered by reverbs, without any genre to follow, Divenere is the big bang of four different heads, which from the sands of Rock through the Shoegaze, the New wave, Indie and Alternative, comes to lick the banks of the Pop, as a sunny day suddenly turns melancholically stormy.

Q: Tell us about the process of recording the songs ?
That's quite a particular issue since Claudio, who plays guitars and sings in Divenere, is also our producer and we usually play in his studio, named Oz Recording Studio. It's a very funny part of the work, since during recordings we grow up our ideas and sensations about the tracks, sometimes the final result is something completely different. Yet, we love recording.

Q. Which new bands do you recommend?
Let's stay in Italy: this cannot considered a "new" band, but we would recommend our friends and inspirers "Klimt 1918". Maybe they are not so well known in Brazil but we think this band can really break up worldwide.

Q: Which band would you love to made a cover version of?
We would definitively say a song by The Cure.

Q: What are your plans for the future?
Keeping on staying togheter, playing good music, continue on growing as artists, and have the chance to partecipate in great gigs all over the world.