Daydream Cathedral, "Every Drop a Different Color" - Track by Track 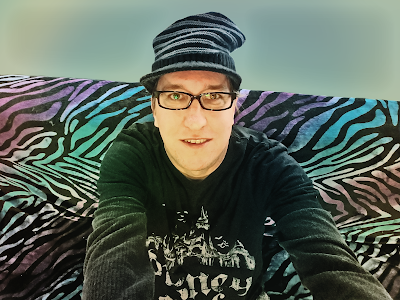 First and foremost I am grateful and humbled to be presented with the opportunity to share a deeper glimpse of my debut album, ‘Every Drop a Different Color’.

This is an album that has always been and almost never was. Meaning, this is a collection of songs that have been circulating within my ears for years, but for various reasons, personal and professional, never saw the light of day.

The delay in revealing my music was due almost entirely to the introverted and perfectionist personality I was gifted with as a Virgo. This has always been a strange paradox for me as an artist. I thrive on the creative energy from crafting songs, melodies, lyrics and harmonies, and yet rarely feel comfortable enough to share them with others (including my closest friends and family). In some ways this album is also a bit therapeutic, it represents purging these self-imposed hurdles that have been weighing me down for so long. Enough was enough, I had to get this music out there, in my own voice, and in my own way.

The tools available to a solitary musician are unimaginable these days. I was able to produce this entire album with minimal gear in the privacy of my own home, free from the distractions and pressures of others. It’s not that I don’t enjoy or appreciate the input of others, but I needed at least this first album to be written, produced and performed in an entirely solitary fashion to give it a sustainable personal value -- it just needed to be that way.

For those interested in where these songs come from, their inspiration and what they could be attempting to convey, the following track-by-track breakdown is for you. - Shawn

The album begins with this short, intentionally incomplete piece of music bearing a simple message: “Take me far away, time drags today”.

This is dedicated to everyone who utilizes headphones as a means to escape -- which ended up being a appropriate mood-setter for the entire album.

The swirling sound effect over the intro and outro is taken directly from the cassette that contained the original demo of this song -- it’s the sound of the fast-forward button not being pressed all the way down causing a scrubbing sound upon the tape head.

‘Symbols and Candles’
Originally a much darker and morbid personal lyric about leaving flowers upon a grave, I decided to lighten it up a bit -- it was just too heavy a scene to revisit with each listen.

Goal was to rewrite the lyrics around something more uplifting and inspiring. I found it in the various encounters you can have with astrologers, fortune tellers, psychics, witches, occultists, and mystics at the Renaissance Faire.

‘Mesmerized’
There is a lot of imagery contained within this track. Kind of a blend between Milton’s ‘Paradise Lost’ and legends of the Knights Templar is about as direct as I can be while remaining intentionally vague.

During pre-production for this track we lost the great Craig Gill, drummer for the Inspiral Carpets. This immediately transformed this song from it’s originally folky roots to a heavier bass and drums approach in tribute to the Inspirals’ rhythm section.

To round off the tribute, a few nods to the Carpets’ were inserted into the lyrics. The line, “Memories of you, delivering memories deep in the hues we drew.” is one of them.

‘I Live to Love with You’
Nothing over-complicated or mysterious, the theme is about realizing the beauty and benefits of love and commitment. I admit I had some fun tracking the California-inspired vocal harmonies.

‘Melt into the Blue’
I honestly never expected this tune to make the cut when picking through demos of songs to include. Second only to ‘Watch the Waves’ in being one of the earliest of tunes I had collected over the years in my do-something-with-someday pile.

Originally it began as an attempt to do something heavy with what I like to call chainsaw guitars. Since the early version contained such horribly goofy lyrics it was always avoided when considering tunes.

But then inspiration struck and an entirely new theme manifested itself. The song instantly went from its original teenage lament about being ‘As Cool as You’ (the original title), to a song seeking a return to those days as the remedy for the blues.

‘On the Way from the Earth Today’
I included this on the album as a sorta take-a-break or mood-resetting song. The original demos always featured vocals but I decided against tracking them with this version. I’m sure future versions of this will appear someday re-imagined with different approaches. There is a lot that can be done production-wise with drones like this.

‘Stuck in Between’Lyrically one of the more direct, say-what-you-really-mean, songs on the album. Musically it represents my attempts to create a push and pull between harmonic dissonance and beauty during repeated refrains, “Stuck in between you and the machine”.

The extended instrumental solos are some of the my favorite sections of the album. Originally what began as a two-chord back-and-forth outro-jam ended up becoming multiple journeys around the ‘Cycle of 4ths’ (familiar terminology for fans of music theory). 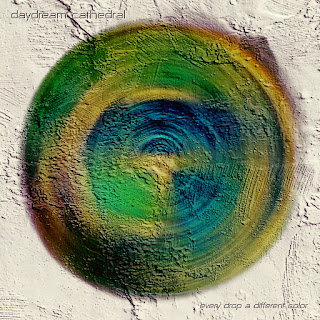 ‘Got Hypnotized’
Written on ukulele during my years of life in Hawaii while a member of a the band Kanekoa (who have since resurrected several great versions of this song after my departure from the band).

I was hesitant about including it on the album for being ‘too catchy’. There seems to be an unspoken rule that indie music should avoid being too catchy, groovy, or commercial -- I never really quite wanted to acknowledge or understand these restrictions.

If seeking a meaning this song will likely come off as a bit unfocused -- which is intentional -- it’s more about word-association and word-play.

Honestly I’m not sure what I was thinking, I was just writing down came to me at the time -- which is in keeping with the whole ‘got hypnotized’ thing. The chords and melody just fell into my lap on a lonely rainy day in a matter of moments.

‘Gazing in Gratitude’
The most recently written, and most organic of all the songs that appear on this album. This song represents exploring new directions and revisiting past influences.

There were vocals that followed a traditional, almost stereotypical, 80s gothic approach that were accidentally left muted during one of the mixdowns. After a few listens I decided to keep the mistake and leave it as an instrumental.

‘Everything’s Round’This is the only track included from a marathon writing session I had which resulted in nearly a dozen songs written and rough tracked in about as many days -- none of which made the cut for this album, but will almost certainly appear in the future.

Lyrically it’s about when sparks fly between new lovers, or within our own minds.

One thing special about this track for the musicologists is that it has several changes in timing and progressive beat-counting cued by the syllable counts of the lyrics.

‘Watch the Waves’I remember the day I wrote this while wandering the beach dwelling on all the loves and lives I’ve lost in my life.

“Lost within the sand, lost without your hand”.

It’s one of the few moments where I felt I really accomplished everything I wanted to express in a song.

And with that, I thank you for reading this extended novel I wrote while sipping coffee tonight. I remain humble and grateful for all the support, friends, and fans this music has made along the way. There is still so much music, so many ideas and projects ahead for Daydream Cathedral. I am excited to continue to share all of them with you.