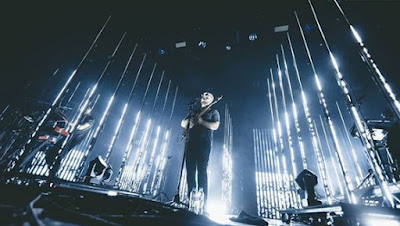 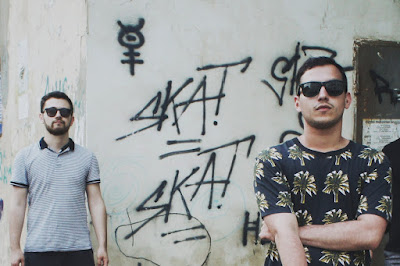 1)When did Last Exit start? Tell us about the history
First time we (Timur - guitar\vocal , Daniel - guitar\back vocal) were gathered in Makhachkala in far 2007 (very special year for russian alternative scene),just cause we listened same music and had a strong impulse to play guitars and write songs. Members of the band has changed many times over several years,changed even the instrument on which they played,so Daniel ,our guitar player, at first played drums. At that time we played covers and our own very british indie songs. Then Islam (bass) and Ruslan (drums) joined us in late 2015 By this time we moved in Saint Petersburg and wrote a lot of new songs,so that group acquired the current style and sound

2)Who are your influences?
Of course it's a lot of music (from the beatles to the fall, from pink floyd to mac demarco and etc), our families, joint work on the material All the situations that have happened to us over the years of life in two cities, and of course our roots,culture of our native land - republic Dagestan.

3)Make a list of 5 albums of all time
Oh,it was hard but :
- Dark Side of the Moon by Pink Floyd
- Nevermind by Nirvana
- Script of the Bridge by The Chameleons
- White Album by The Beatles
- OK Computer by Radiohead

4) How do you feel playing live?
Live performances is a special kind of pleasure. That streaming exchange of energy by both sides,fantastic feeling. It makes situation as real as possible,breaks any inner barriers so we use any possibility to play gigs


5)How do you describe Last Exit sounds?
We strive to reflects in our music our primal emotional side, cause only in that way you can write something worth for your inner Simon Cowell. We are striving for deep atmospheric sound and for a good melody in every song. Not that we think through this, just that's the way it works at that moment.

6)Tell us about the process of recording the songs ?
All work , like studio payment,producing tracks and released them were on us. There are often new ideas right before the recording or during the record. And it's always experiments,searching for a new unknown pathes,so it's always a priceless expirience.

7) Which new bands do you recommend?
King Krule , Mac DeMarco , Alt-J are our favourites, also DIIV and Beach Fossils and Mourn from Captured Tracks are interesting too

8) Which band would you love to made a cover version of?
It's definitely Nirvana songs,Interpol, we also made covers on Mudhoney,QOTSA,Pixies

9) What are your plans for the future?
Find drummer and keyboard player and start to playing gigs in Saint Petersburg on a first place in to-do list. Also at the beginning of the year we released new EP , want to spread it all over the web and of course continue to write new songs

10) Any parting words?
Thanks for your attention,it's very pleased that you liked our songs, It was interesting to answer your questions,hope you forgive us for a bad english. Listen to our new EP , hope you enjoy it.
*
*
*
Thanks