Spread Your Love with Oscar Suave - An Interview 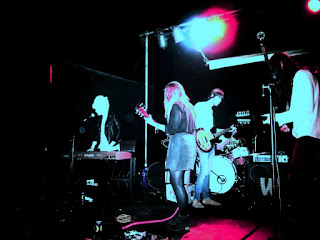 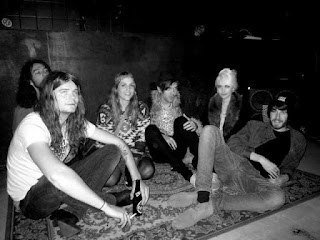 Q. When did Oscar Suave starts, tell us about the history...
Ollie started The band in it's infancy in early 2011, although Ollie is the only surviving member! I joined in around September and we've taken it on from there. I've loved every minute and made some friends for life.

Q: Who are your influences?
Where do I begin?! I think you're influenced by most things - not just then bands you listen to. All sorts of things have affected me to write music; love, loss, insecurities, arguements, lies, politics, religion, drugs, drink, rejection, acceptance, everything! When I was growing up I listened to a lot of The Stones, Led Zep, The Kinks, Hendrix, Oasis, Beatles, Nirvana - the usual bands that kids get into. Then as I got older I explored a bit deeper and discovered amazing acts such as Link Wray and Love. But for bands that have influenced the specific sound of OS then you'd have to talk about Spacemen 3, Spirtiualized, Brian Jonestown Massacre, Dandy Warhols, The Warlocks, Black Rebel Motorcycle Club, The Cooper Temple Clause and The Velvet Underground. But there's so many more!

Q. Make a list of 5 favorite albums of all time…
Fuck me that's not an easy question! I'm too fickle to have a fixed list! Maybe something like this... 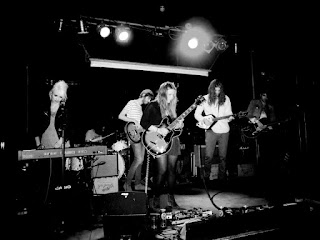 Q. How do you feel playing alive?
It's my favourite thing to do. There is nothing better in the world than playing a great show when everything is just flowing. You feel the audience with you and you are up there with your best friends playing the music you love. It's magic.

Q. How do you describe Oscar Suave sounds?
We're a psychedelic band. We use layers of guitars and heavy drums, keys and 2 lead vocalists. We don't have a set lead guitarist and there are 3 of us so this means we can mix it up a bit whilst at the same time retaining our identity. Our songs range from dark and brooding slow-burners, to 60's pop songs, to instrumental soundscapes, to full-out psych-rock and perhaps sometimes a hint of stoner-rock.

Q: Tell us about the process of recording the aestas ep?
We recorded it over 2 pretty full-on days in September at DSi studios in North London. We made sure we were very well rehearsed before we went into the studio so that we could make the most of our time and get all of our ideas down. It really was a great time for us and brought us all a lot closer. A lot of what you hear on the record are ideas that one of us had in the studio and we've tried it and it just works. It's great to be in a band where everyone contributes to the end result.

Q. Which new bands do you recommended?
The Valkarys. From Edinburgh. I absolutely love them. Definitely one of my favourite bands ever. Everyone should check them out, brilliant people too. DeepSeaGreen, they are amazing - especially live. To be honest we're lucky in that we play with lots of great bands around the psych scene in London. Look out for Belakiss, Desert Mountain Tribe, Dead Coast, Lola Colt, Melody Nelson.

Q: Which bands would you love to made a cover version?
It would be fun to take a generic modern pop song and turn it into some sort of filthy, dirty, heavily psychedelic monster. 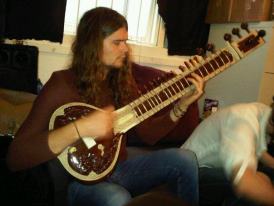 Q: What´s the plans for future....
Ollie and I have lots of new songs that we're going to play around with for a while. It's an exciting time because writing songs together and getting things to fall into place is such a gratifying feeling. When we've nailed the new tunes we'll get back into the studio and release another record. Hopefully by the Summer. As always we'll be playing live shows accross the capital and are looking to do a Spring UK tour.

Q: Any parting words?
Not really, just thanks for having us!
*
*
*
Thanks Oscar Suave