All Tomorrow Parties with Get Your Gun - An Interview 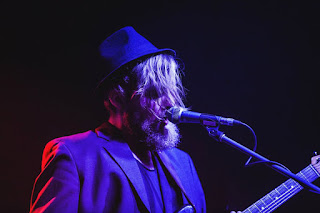 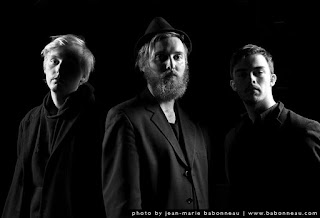 Q. When did GYG starts, tell us about the history...
Me and the drummer, Simon, are brothers. Simon knew Søren from school and knew he played bass - so we startet out playing instrumental surf - thats 4 years ago. After a while we wanted to make something else, and I began writing some songs. After the first practice as the "new" Get Your Gun we had three songs. The sound was somehow there from the beginning. The band has always consisted of the same three members.

Q: Who are your influences?
We have all listened to a lot of different music and still do, but if I look at my own record collection it consists of blue music - country, folk, noise rock etc. - its all different shades of blue to me. dark and melancholic music just speaks to me more - it's more honest to me. I have always been into the american surf guitar sound as well. For the moment I'm listening to Mazzy Star - rediscovering old records is great!

Thats a tough one - the list would probably look different tomorrow.

Q. How do you fell playing alive?
We enjoy playing concerts - we really are a live band. Thats where our music is presented the best I think.
We been playing a lot the last two years and I really think we've grown as a live act. It would be nice to come to Brazil in the future and show it to you.

I also think our music is filled with a lot of contrasts - introvert. extrovert, quiet, loud, hopeless, hopeful.

I don't like dictating what people should get out of our music - take a listen.

Q: Tell us about the process of recording the songs and when the album comes?
We have made a 7'' vinyl and an EP, so we haven't really found our "way of doing it". But we had a really good process making the EP in a studio in Copenhagen called Studio73 - we are still really pleased with the outcome. I can't tell you when the record is coming out, because I don't know. But we are making something new in 2013. We were also chosen for The Reverb Conspiracy Psych Compilation record where Dead Skeletons and Singapore Sling also appears with a song. 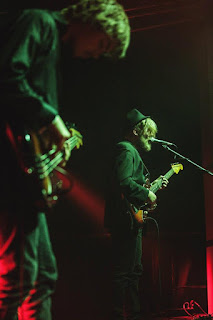 Q. Which new bands do you recommended?
We have some very good friends in two other great bands from Denmark called Woken Trees and Tales of Murder and Dust. Take a listen.

Q: What´s the plans for future....
We always plan a half year ahead and then see which goals we reached and then go from there. So actually now is the time where we are going to plan the next half year. We have plans of going back to Russia and Estonia. We have some plans of playing in some other countries, but I can't really say more at this time.
And then we plan on recording something new.

Q: Any parting words?
Thanks for contacting us - we would love to come to Brazil and tour. We just need an invitation and some airplane tickets!
*
*
*
Thanks Andreas Westmark