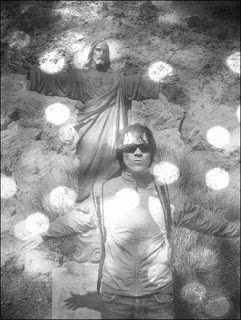 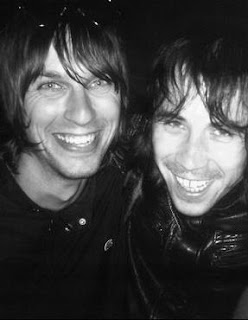 Q. When did Mushroom Club start, tell us about the history...
The Mushroom Club was born in the summer of 2012 when the 1st batch of sounds and songs were put together by Paul. Then during recording sessions of the EP1 Blair became involved.

Q: Who are your influences?
We are heavily influenced by many things such as the things that surround us, art, film, literature, drugs, friends and family and people that we meet on our journey through life. We have so many musical influences it would be hard to name them all but here are some of the bands. The Who, The Kinks, The Beatles, Bob Dylan, The Rolling Stones, the velvet underground Pink Floyd, Syd Barrett, 13th floor elevators, the clash, The Jesus And The Marychain, spacemen 3, Joy division, the stone roses the verve, the Brian Jonestown massacre, The Black Angels, The La's, Primal scream.

Q. Make a list of top 5 albums of all time…
I couldn't possibly pick 5 albums as it's just too hard as I love lots of bands but here is a few we love
Pink Floyd - The Piper At The Gates Of Dawn
The Stone roses - The Stone Roses
The Velvet Underground - The Velvet Underground
The La's - The La's
Spacemen 3 - Sound of confusion

Q. How do you fell playing live?
Playing live is one of those magical experiences that take us to a special place in our minds a place we call heaven. 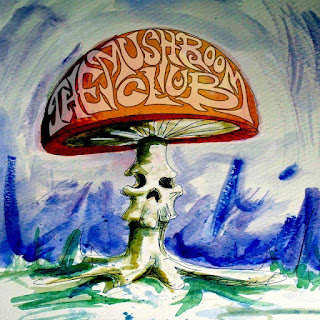 Q: Which bands you love to have made a cover version?
Pink Floyd, 13th floor elevators

Q: What´s the plans for future...
I’ve just finished writing some songs for EP 2 which we will start recording soon. Hopefully put out a few records this year and our 1st album.

Q: Any parting words?
We would like to say thanks to everyone who has listened to The Mushroom Club and bought or downloaded our music. We would also like to say thanks for the support and for asking us to do this interview.
*
*
*
https://www.facebook.com/pages/The-Mushroom-Club/294539593969637
http://themushroomclub.bandcamp.com/
https://www.facebook.com/mushroomhead69
Postado por TBTCI às 04:30