Noise from Heaven with Jellybelly - An Interview 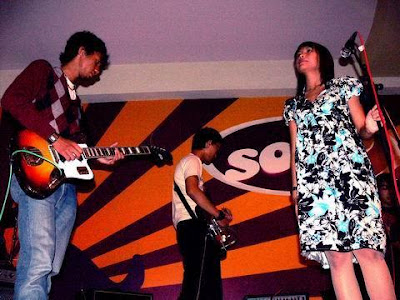 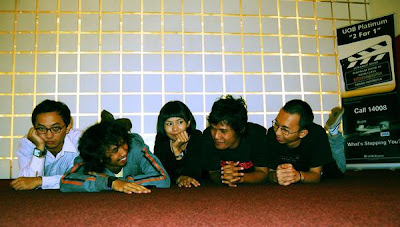 Q.When did Jellybelly starts, tell us about the beginning…
A. Jellybelly was formed in the year of 2000. we came up from a good friendship among the members. In order to make some good music, the former of the band are Inai (vocal), Budi(bass), Kutil (guitar), Baron (guitar) and Onos (drum) decided to make a band based on several kinds of music they like. At 2004 they had a lot of changes. Kutil decided to leave the band, followed also by two other members, Baron and Onos. Inai and Budi, as they quoted from line: “stick with the band”, claimed the band and recruited Vian (guitar), Bayu (drum) and Aduy (guitar) to keep the band exist. In the end of 2004, they prepared their first Extended Play’s, but unexpectedly, Bayu decided to leave the band. Finally, the first EP’s, intro released in the rainy December of 2005. They had to promote the EP’s without any drummer. Surprisingly, one of Aduy’s friend in college named Oscar-who had a long time desire to the band- wanted to replace Bayu as a drummer and finally joined the band. Later on, in a same week, their additional player, Ngging, who composed the strings and synth’s on the first EP’s, literally joined the band. As the youngest, Vian, Aduy, Oscar and Ngging brought the new taste. The impact of these youthful ones re-informed the band’s atmosphere into something deep and bright. But by having a bad behavior and violence ngging has been dropped out by the band in the next year when the band prepare for the next EP’s exactly just one year after inai decided to out from the band. They’ll never releasing the EP’s until they found substituting the vocalist. Finally Devita, a local journalist from bandung join the band.

Q.Who are the influences from the band?
A. We loved the 80's and early 90's era,.. many great band are born in 80/90’s… and many historical stories happen in 80 and early 90’s,. it may says that we are into early creation records, sarah records and of course the 4AD.
Q.When did Maritime Records starts?
A. It has started about in the year of 2004, I tot it’s just more than a records, it’s a friendship, brotherhood, ….We loved maritime people. maybe you should ask joz for further info. 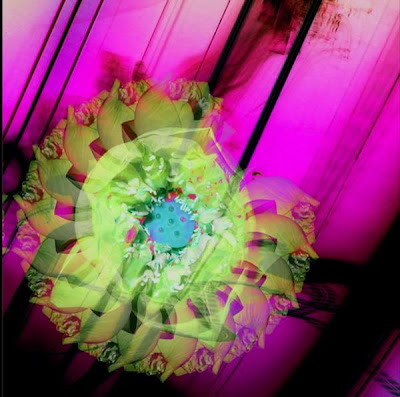 Q. Tell us about the process of recording Intro and A gorgeous day to Remember Eps?
A. It is always funny and always happen,… it might be god cursed us.. hahaha

We are always losing one person or more when we start recording the song. when the first EP recorded, we lost our second drummer he decided to quit from the band,.. so as you know from the 1st question in this interview we promoted the EP without drummers. It happens again we recorded the second EP,. We lost 2 members of the band, inai has decided to quit from the band, and bayu he was dropout because his lack of disciplines… godforsaken I hope this formation is stand… we are tired to start from the beginning.

A gorgeous day to remember it so meaningful for us and our former vocalist inai, so in this album inai still contributing for her voices, there’s 2 songs that she made. ironically, the song titled farewell, that it made in the year of 2005, when we work on it we never ever tot about farewell or something about it,.. 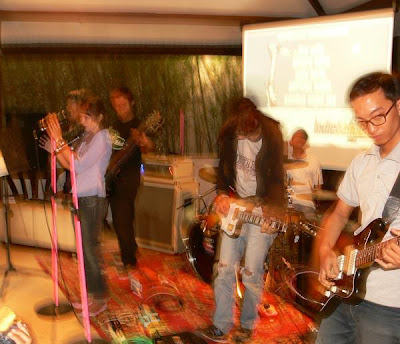 Q. How was Supersonic Sound Fest 2008?
A. I tot it was a great occasion, we met many new people and scenester from many cities.. the bands its also fantastic and talented, they’re kind, we hope it would be continued…

Q. Tell us about the crescent Indonesian scene from post rock and shoegazing bands…
A. There are so many improvement from shoegazing and post-rock lately,.. 9 years ago only a few people listening to post-rock/instrumental-rock music but lately post-rock it just like a new heavy bombs and it has attacked Indonesian young music listeners, as a mayor things the scenester in here always…….. but to be honest we don’t like a band who mixed shoegaze and post-rock… it should be separated. In Indonesia , many people still confused between what is shoegaze and post-rock.

Q. Which bands you love to made a cover vesion?
A. The Carpenters. because we were grew up among the band, it still spinning in our head till today.
Q. Which new bands you recommended?
A. Astrolab and Stellarium, because both have a good music, there’s no reason to not recommended them.

Q. What´s the plans for future ? new records, a tour….
A. Ehm… our next big thing is have a best of the best album and travelling around the world (hopefully).. ha ha ha ha… kidding. Maybe a fully cover version album would be great.
We’re preparing for our new album and it still on progress, we want to spread our new album to many country in the world.. I hope you (Renato) can help us for that. Hehehe. And for sure we’re always want to have a gigs in philipines, peru, brazil, Japan and England… we hope we can make it before we’re getting old…
Q. Any order important thing to tell us…
A. “take us to your country, we’ll bring joy and happiness …………… J”