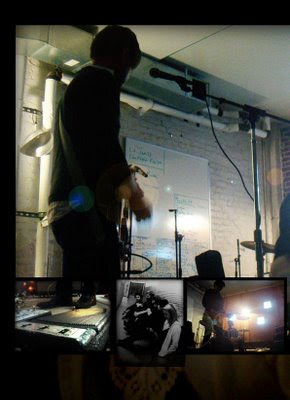 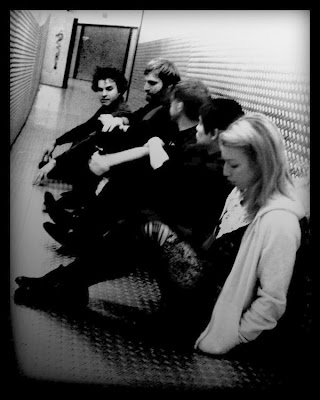 Q. When did Black Swan Green start, tell us about the beginning…
A. Black Swan Green began in winter 2007/8. The recordings actually came before the band. A loose collaboration of sorts or an airing of internal emotional grievances. The band grew around the recording and came together after the initial release of the ruin gaze...The band has always been a rotating cast of players with Loren Mash, Kevin Kahawai and myself as the constant core...many members quit after a few months, probably due to the fact I am really hard to work with.

Q. Why Black Swan Green? Explain the name of the band…
A. Black Swan Green is the title of a book by the English author David Mitchell. I saw the book in the window of the Strand book shop in New York and it looked really cool and mysterious. I thought to myself "that would be an awesome band name." I bought the book and eventually forgot about it as a band name. The book is really amazing as are his other writings.

When Loren and I were considering band names we found an old faded photograph my Grandmother gave me of her childhood. On the back was written "The King's Deer", and if you looked at the photo carefully you could just barely make out the figures of deer. Needless to say, that name didn't stick. The idea and nostalgia was a better story than a band name. Black Swan Green just worked better and obviously stuck.

Q. Who are the influences from the band?
A. Influences change from week to week and moment to moment. The music we love is not always what translates to actual influences. I love and admire so many bands, though I can never find a way to sound even remotely like them when I want to. Sometimes after a song is finished someone will say it sounds like a band we have never heard of or even like. I also often find the influences within a work far after the song is finished, things I would have never thought of but obviously did affect me on some unconscious level. If we were to answer the question in an obvious way, we might state many of the shoegaze, post punk and noise bands like Joy Division, New Order, Echo and The Bunnymen, Sonic Youth, The Swans, Jesus and Marychain, MVB, Swerve Driver and Ride, etc, etc...

Though, I would really rather mention how much other bands(not so obvious) effect our music in such a deep and unseen way because of the personal effect they have on us. Bands like Guided By Voices, Bonnie Prince Billy, Jason Molina, Kurt Vile, The XX, Lykke Li, Fever Ray, REM, Deerhunter, Red House Painters, Blonde Redhead, Dub, Stereolab, The Clash, Hip Hop, Scott Walker, Animal Collective, Cocteau Twins, Afghan Whigs, Neil Young, Dinosaur Jr, Camper Van Beethoven, Pavement, The Felt, Neu, and not to mention countless other local bands we hear every day that blow our minds that we are also completely in awe of. It changes all the time. It is often film and books that contribute to lyrics and the feeling of songs. 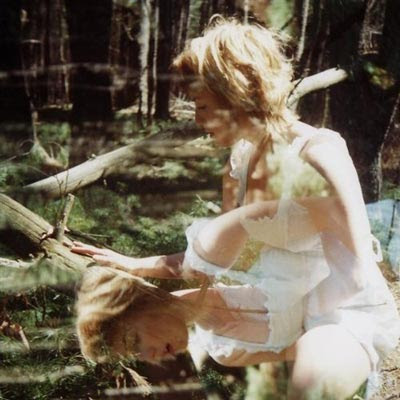 Q. Tell us about the process of recording The Ruin Gaze and the newest The Lake EP?
A. Recording is something I am still getting used to. You have such expectations and you are always disappointed. The practice space has been more magical to me than the recording studio. Because of money limitations, we have been recording in a "mixed bag" sort of way. Our good friend Ravi Krishnaswami of Copilot has given us so much generous time and love with his studio we couldn't even begin to thank him enough. He is the reason we were first able to record our at all. We recorded "the ruin gaze..." with him over four months. It was a really wonderful time. Ravi allowed our naivety and inexperience to run free, although we often re-recorded and wrote songs while we were recording, his patience was a beautiful thing. On "the lake ep" we went to the country to record at Marcata Studios. We were on the clock and we used our time poorly. We wanted the same feeling we had with Ravi and that was a huge mistake. It began to be exceedingly expensive and the engineer became very frustrated with us. We are still trying to finished the EP. What you have heard is the initial demo. A 6-7 song EP should be available by June.1st.

Q. Tell us more about the lyrics, I think this is one of the most important points to BSG´s sounds…
A. The lyrics to the songs are pretty stream of consciousness and it often take lots of time to edit them into some understandable state. I usually just start singing to riff and record what comes out. I am very happy to write this way. The songs of often revealed to me late in the process when I will suddenly realize it is about a film I saw or a moment in childhood. The songs are about great sacrifice on a level I myself am probably unable to give. 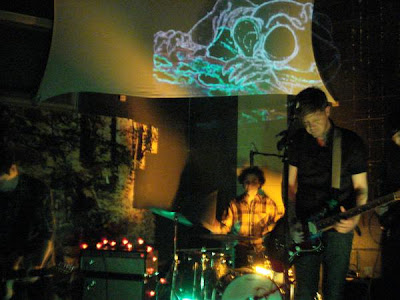 Q: Tell us about BSG live shows....how do you feel playing alive?
A. Live shows are always fun but not always great. We have yet to be on tour, maybe this fall. It seems we have finally figured out how to play a good show that we are really proud of. Every time we get to a place we feel accomplished in a live setting someone quits the band and we have to start over again. We have also had some crappy shows where everything goes wrong. We have gotten a little sick of playing the small club circuit and really want to move on, but that's up to a lot of other factors...our band is a little under the radar.

Q.Brooklyn, NY is a mecca from new noise/shoegazer and post punk bands, tell us about the scene in the city.
A. Brooklyn is a wonderful place. You see musicians and bands every day walking around town and there is always a good show to see. Though honestly, I often miss what's going on because it's right here in front of me. We practice right down the hall from Blonde Redhead, Beirut and TV on the Radio. Even Jarboe of the Swans was practicing in our building a few months ago. It's crazy who and what is going on in this town. It may be a little like the Haight Ashbury of 1969 just after Woodstock and far after the acid tests. Its kind of over but still lingering on. Soon everyone will be looking for the next place. They might already be there. Who knows, we never really felt we were part of a scene here. I'm pretty anti social, but I'd love to be friends with more bands.

Q. Which bands you love to made a cover version?
A. Good cover songs are a tough thing to pull off. Some bands we'd like to cover are Stereolab, Wedding Present, PJ Harvey or Guided by Voices because they'd be a callenge and also fun. We are planning to do one soon. We'll let you know.

Q. Which new bands you recommended?
A. You probably have already heard all of them but...New bands we love are Ladycop, The XX, The Dum Dum Girls, Surfer Blood, Real Estate, The Drums, Girls, Bear in Heaven and Small Black. Although by the time you print this there will be many others.

Q. What´s the plans for future ? New records, a tour….
A. We hope to have the Lake Ep in a finished state by June. Maybe our first vinyl single and 12" will be released this summer. Who knows what is next for Black Swan Green, but we are taking a new approach this winter with less shows and more planning. All of us are also working on other projects. 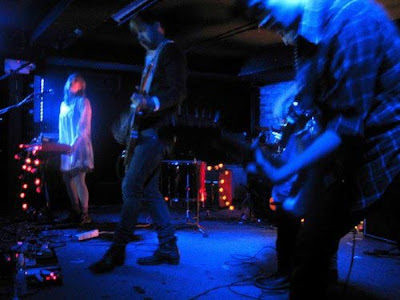 Q. Any other important thing to tell us…
A. Well, Loren and I are working on a new project called Teenage Holy Wars and should have some new demos by the late spring. It's a simpler band and the music is in a new direction for us. The music is quieter in some ways but also more dark as a result. We are very very excited by it.
*
*
*
*
*
Thanks a lot H.J.....all the best!!!
BSG - http://www.myspace.com/blackswangreennyc
Postado por TBTCI às 04:19