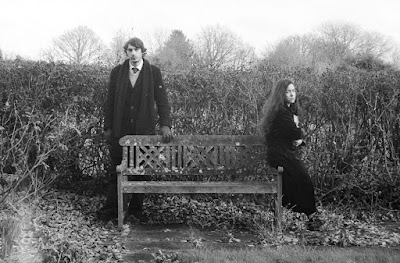 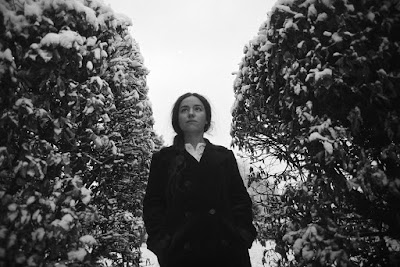 Q. When did Northwest begin? Tell us about the history...
First of all, I want to say hello to all TBTCI readers and thanks so much for inviting me to this great blog. I'm Ignacio Simón, producer and one half of the duo Northwest.

The seed of it all was "Reflection", a song we produced in 2015 as an exceptional collaboration between Mariuca Garcia-Lomas, singer and composer, and I. By the time we did that, I was full-time devoted to my band Al Berkowitz and Mariuca was focused on her illustration and video projects. We loved both the experience and the output and received some possitive feedback on it. Shortly after, we both moved to London to work and develop this project and then Northwest was oficially born.

Once in England, we started recording and shaping our sound, with no boundaries and aiming to create something unique, out of our particular experiences and pouring all our influences, inspiration and ideas on it, no matter where they came from. We incorporated different instruments and styles, from classical music to experimental and electronic sounds. We also started experimenting with different tecniques for composition. Besides, we manage to record at inspiring spots such as cottages and churchs and that definitely became part of the music.

All in all, Northwest is changing (and hopefully evolving) all the time, which is something really exciting for us.

Q: Who are your influences?
We are influenced not just from music and arts but from places, landscapes and people. We are specially inspired by Northern landscapes, hence our name.

We have a wide range of musical influences, from classical and contemporary music to modern pop, but we are also higly influenced by films, photography, paintings and literature. Thats why we want Northwest to be a 360º project, where images, video, dance and words are as important as music itself. To name a few: Shostakovich, Alban Berg, Goya, Turner, Kaspar Davd Friedrich, Terrence Malick, Kubrick, Dostoievski, Robert Wyatt, Scott Walker, Pina Bausch, Fritz Lang...

Q. How do you feel playing live?
We started performing as Northwest less than one year ago. We wanted to be sure that our live show was at the level of our studio work. This was a turning point for us and affected our work drastically.

We really enjoy playing live and we try to do it as much as I can. Being a duo onstage makes it simple for us to travel and tour around.

Q. How do you describe Northwest sounds?
I would say they are "hipnotic", but I reckon it's up to any listener to find the right words


Q: Tell us about the process of recording the songs ?
Writing, producing, recording and mixing are part of the same proccess for us and we don't differentiate between any of them; we work on our music as a whole, where every sound is part of the composition.

We produce and mix everything we release and we usually record at home and we've tried different ways of producing and recording new material. . Besides, as I said formerly, we recorded some other instruments on spot, like pianos and church organs. However, last year we had the chance to work at City University studios in London, so we recorded the bulk of our upcoming release, a double album which will be out this year: vocals, piano, drums, vibes and some strings. On top of that, we added different layers, like vocals, guitars, percussion, electronic sounds...

Consequently, recording-mixing-producing is an ongoing (and sometimes neverending) proccess.

Q. Which new bands do you recommend?
I recommend Tom O.C. Wilson (check his new album!)

Q: Which band would you love to made a cover version of?
We can't decide between "Emily Plays", by Pink Floyd, and "Willow's Song", from The Wicker Man's soundtrack. What would you choose?

Q: What are your plans for the future?
We are going to tour all around Europe this Winter and we're pretty excited about playing in many cities such as Paris, Asmterdam Moscow or Prague(check thisisnorthwest.com for tour dates!). After this, we are releasing the first part of this double album in June and organizing a presentation in a beautiful church in London. Finally, we will release the second half and vinyl edition of the album.

For the long run, we would love to tour around North and South America and Japan, and, who knows, maybe producing a film...

Q: Any parting words?
Thanks you Renato for inviting us to share our work here and thanks so much to and all the TBTCI readers for reading this! After all these pretentious words and ideas, we just hope you like our work and, if you are around and want to drop by at any of our shows, we would be very pleased to meet you!
*
*
*
Thanks