Factions with Mannequin - An Interview 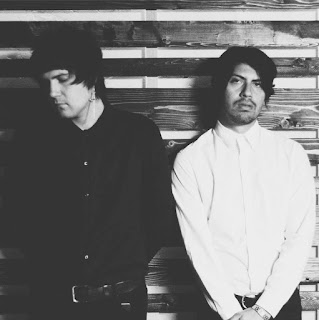 
Q. When did Mannequin begin? Tell us about the history...
(Taylor) Mannequin started in April as a drunken idea between David and I at our local drinking joint. I’m pretty sure the next day we recorded and released Melissa.

(David) And the rest is history and a future we’re trying to toy with.

Q: Who are your influences?
(Taylor) As a band id say our biggest influences are Iron Curtain, Das Kabinette, Lives of Angels, Clan of Xymox, and Sisters of Mercy

Q. Make a list of 5 albums of all time…
- (David) Pornography by The Cure, Hole in the Sky by Lives of Angels, First and Last and Always by Sisters of Mercy,
Playing the Angel by Depeche Mode, Still by Joy Division

- (Taylor) Sick. Very sick. But I usually don’t end up throwing up which is nice. I also feel really nice after which is probably why I keep doing it.

Q. How do you describe Mannequin sounds?
-(David) Glossy, sharp, decadent. Kinda like a soundtrack you could laze around with or celebrate yourself.

Q: Tell us about the process of recording the songs ?
(Taylor) One of us usually brings an idea to the table and we kind of just branch off from there. All the music we’ve released thus far has been recorded in my bedroom. We eat a lot of Taco Bell during the process.

Q: Which band would you love to made a cover version of?
-(David) Madonna but not as bright. So Darkdonna. And all of her lyrics would be in Latin

-(Taylor) Probably something fun like maybe Tears for Fears or Hall and Oats.


Q: What are your plans for the future?
-(David) Hopefully release a full length this year.

-(Taylor) We have lots of songs written and kind of recorded. So yea, i guess our big plan is to release an album. I would really like to do a small tour during the summer as well.

-(Taylor) Thank you for interviewing us! It’s been a pleasure!
*
*
*
Thanks