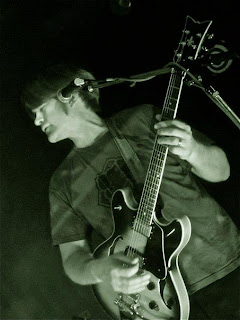 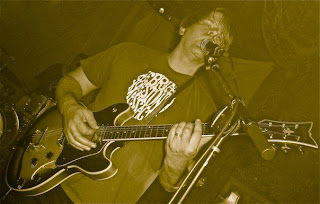 Q. When did Chatham Rise start, tell us about the history...
We have all been good friends with similar musical taste for a while and had been running into eachother at shows around town and decided to try and lay down a song or two of our own...that was around summer 2008 or so when we first started playing in a hot attic space so we'd have the windows open. It was fun going back there after a few months and having the neighbors say they missed sitting outside and listening...the neighbors at our new space don't exactly feel the same way. Lots of notes, signs and complaints these days...

Q: Who are your influences?
There are so many...primary influunces i would say are RIDE, Brian Jonestown Massacre, Spacemen 3, Asteroid #4, Galaxie 500, Slowdive.

Q. Made a list of 5 albums of all time…
Foremost in my mind all-time

Q. How do you feel playing live?
We really love playing live...we try to create a visual experience to go along with the music with lighting effects and projectors to complement the songs as we are usually trapped behind pedal boards and don't have dance routines...a good friend of ours wonder haus runs lightingting at many of our shows. but really it's not only about connecting at a performance level with folks who love the same type of music, but we love meeting and talking with those that enjoy our music and also make sure that the lineups we create consist of our favorite bands. We like to play our set and then see a great show...we've been able to make that happen every time we play...take a look at our posters sometime. we feel so lucky.

Q. How do you describe Chatham Rise sounds?
like many of the bands we love, I would say mood-altering...particularly in these times, people like to be taken somewhere outside of their lucid every day state, so we try to provide that feeling of being lifted somewhere else...

Q: Tell us about the process of recording?
The majority of our arrangements are developed while we are all together at practice...we record every practice and mark those spaces where we hit upon something and revisit and build on those moments. Once we're happy with the arrangement and feel locked into a song, we'll schedule some recording time. We've been working with Neil Weir at Old Blackberry Way Studio...Neil is easy to work with and knows what we are going for soundwise. We were just over there last night recording what we think are the last of our songs for the upcoming LP. We have started work on a follow-up EP as well. 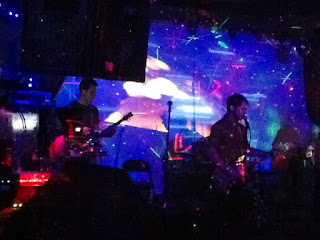 Q. What represents the shoegazer classic era to the band?
5 Classics from the Classics

5 inspiring shoegaze songs from other bands

Q. Which new bands do you recommended?
- wild eyes from los angeles...the EP came out in june - check out "ride" and "when it's over"
- tales of murder and dust from aarhus, denmark "hallucination of beauty" is definitely one of the years best
- slowness and moonbell from san francisco have both put out some great recordings this year
- in australia the laurels have released their first LP "plains" and day ravies released their debut EP and have an LP coming.
- thelightshines from england have recently released a single "soul to skin" and have an LP coming

Q: Which bands you love to made a cover version?
There's a list...whenever we go about doing a cover, as a band we vote on it...we have only played two live so far...blind mr jones "over my head" and lower heaven "ashes"...we should probably do another soon...RIDE "polar bear" maybe?

Q: What´s the plans for future...
We have an LP coming, a follow-up EP close behind...hopefully we'll play a hush delirium show in 2013 - look into this project...musical manifestation into art with simon welford, mark gardener(RIDE), adam franklin (swervedriver), dean garcia (curve), aziz ibrahim (ian brown, stone roses), perry pelonero (skylight, bliss.city.east, spc eco. a*star), cult of dom keller, her vanished grace, jaq gallier and chatham rise (so far). As far as playing live, we are beginning to plan 2013...we hope the new year will be as good to us as this one has been.

Q: Any parting words?
There are folks out there that have have not had such a good year and my thoughts go out to them.

There is an auction on Thursday to benefit the care of Danny Lackey of When The Sun Hits who is undergoing radiation treatment for cancer...any contributions of bidding for Danny's benefit is greatly appreciated. https://www.facebook.com/events/274170576037524/

Also do please look for opportunties to help those impacted by Hurricane Sandy. There are so many way to help out...