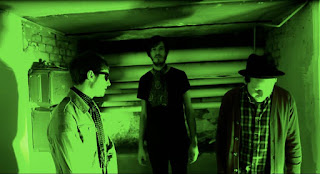 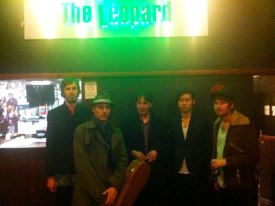 Q. When did Black Light Whit Light starts, tell us about the history...
The ideas at the very heart of the music this band plays pretty much started back in 2007, when I formed The Leo Johnson Experiment. We played around Copenhagen and recorded an EP titled ‘Directors Cut’, in Sweden with the Swedish award winning producer Johan Forsman. It was the winter 2008. When we wanted to release it - in early spring 2010 - the drummer quit and I decided to rearrange the band and found it was time to find some new guys to play with. Around the same time of the release I had gained contact to American producer Rick Parker through a mutual contact. We talked about recording a debut album in Los Angeles, CA with him and he agreed. I contacted Adam (drummer) who I didn’t know personally, but only musically from other projects and we got along greatly from the first meeting. He suggested including his brother Tobias on bass and from the first rehearsal the spirit was there. It was a truly beautiful moment. Just around 2 months after we started playing my catalogue of songs and together we went to US in November 2010 to record our debut album with Rick Parker. From there on it has gone pretty fast. We got invited to SXSW, we performed at NXNE Music Festival in Toronto, Canada and we toured 3500 kilometers across the US from North Carolina to California in October, shortly after the record was released in September 2011. In 2012 we started a cooperation with the legendary English space rock band The Telescopes. We toured with them as support and backing band in February in Scandinavia and played with them again when we toured UK in September/October playing 9 shows in 10 days in England, Wales and Scotland.

Q: Who are your influences?
The band and our music are influenced by slower psychedelic rock, noise pop, dusty Americana, soul and folk. We listen to quite a lot of different music from rock and jazz to electronic music. The band’s music is as well rooted in quite a lot of different bands from different decades. We like the sound and spirit of newer bands like Black Rebel Motorcycle Club, The Brian Jonestown Massacre, The Black Angels, Deerhunter and The Dandy Warhols, English bands from the 90s like The Verve, Oasis, The Stones Roses, Primal Scream and The Jesus and Mary Chain and classic artists and bands from the 60s and 50s like The Beatles, Rolling Stones, Velvet Underground, The Byrds, Johnny Cash, Jefferson Airplane, The Seeds and Chuck Berry. I guess that to a certain degree one can somehow distill our sound, approach and musical visions from these visionary bands and artists and their related producers, like for example Phil Spector.

Q. Make a list of 5 albums of all time…
This is a very tough one. Sooo many to pick from and the top of the list changes with the mood and the spirit. But if I have to relate to this rationally as well as emotionally, the list would be: 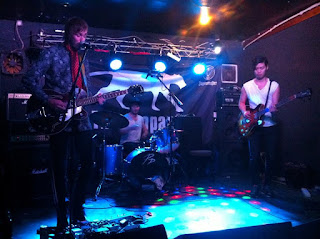 Q. How do you feel playing live?
We love playing live. This is where the songs are truly coming to life. We are always playing most of the songs in different versions compared to the recordings. That is most interesting aspect to us, and to be honest, probably the most interesting to any listener as well, I think. Even if you know our songs, you’ll feel the spirit and the moment is actually taking place on stage. And that’s what a live concert is all about. It’s about that special and unique moment you are sharing with your audience. The uncertainty and the challenge of taking the compositions you have created to new, unknown places is the true beauty of playing live. Bands only performing songs live as on the recordings will never catch my interest for real.

Q. How do you describe the BLWL sound?
Someone described our sound as bohemian 60’s style psych-rock with a modern Scandinavian twist packed with pop melodies in a dirty wash of reverb and tremolo. That’s not too bad I think. But expect something more and something different on our next album.

Q: Tell us about the process of recording the debut album?
I have briefly described it earlier. After we released our debut EP we got in contact with an America agent in Los Angeles via Myspace (those days…) who loved our sound and suggested to introduce us to producer Rick Parker, who also lives and works in the sunny city. We got in contact and emailed each other about ideas and how and when to work with each other. In November 2010 the guys in the band took the airplane to Los Angeles, CA and in 5 days we recorded the whole album. The first 3 days were spent in the great Bright Street Recorders Studio, where we recorded all drums, bass, most rhythm and acoustic guitars and some lead vocals. Then we went to Rick’s private studio at his home near the Hollywood sign to do the last lead vocals and harmonies, a lot of extra guitars, percussion and some keys. All in all a very compact process but still very mellow and organic, especially if you consider the whole album was made in just five days. And I tell you, what a great feeling driving down Sunset Boulevard, under a clear blue sky each day from our little hired apartment in Echo Lake, on our way to work in the studio in North Hollywood. It doesn’t get much better. Then Rick mixed the album afterwards and sent us the mixes over a few rounds to Denmark. After some corrections and small adjustments we got there and ‘Infrared Daylight’ was born. 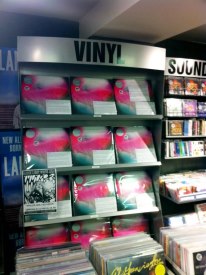 Q. Which new bands do you recommended?
Lately I haven’t heard too much new music unfortunately. I try to stay awake and alert, and I do read and listen to a lot, but still so much is happening so fast these days. And most new bands getting covered and hyped are in my opinion so overrated and will disappear faster than they appeared. For finding new great music you have to dig deep I guess. I just bought ‘Melody’s Echo Chambers’’ LP, produced by Tame Impala’s Kevin Parker and it’s pretty nice and well worth checking out. Dead Skeletons from Island and Other Lives are some of the newer bands that also caught my attention. And I also want to give an appreciative nod to our Danish fellows Tales Of Murder and Dust. You should check them out.

Q: Which bands do you love to make a cover version of?
Well, we have been playing live The Beatles’ ‘Tomorrow Never Knows’ from ‘Revolver’ for a while now and that song seems to fit pretty well in our set list. That song also captures really well what Black Light White Light is all about. Then we are actually finishing the recordings of a Xmas single these days which is a cover of an American popular song also recorded by Phil Spector in the 60’s. I think that will turn out pretty well too. We will release that digitally in December so be sure to give it a listen.

Q: What´s the plans for future....
We are planning a small Europe tour with The Telescopes in February. And maybe this will be followed up with a few dates around Scandinavia at the beginning of March with them too. At end of March we’ll begin the recordings of our second album. I can’t reveal any details on this yet but it looks like it’s going to be areally exciting process and I have huge expectations for the new songs.

Q: Any parting words?
We hope your kind readers will check out Black Light White Light after reading this and if they dig the sound - which we wish they will – they will spread the word and some good vibes about it. We’d love to come to Brazil to perform and South America, so this could be the beginning of something beautiful! Step into the light and embrace good music. Peace and good vibes from us to you.
*
*
*
Thanks guys