The Psychedelic Sounds of Frantic Chant 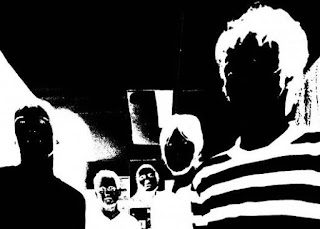 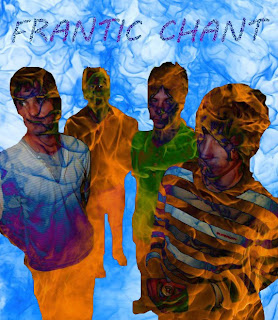 Q. When did Frantic Chant start, tell us about the history?

Stazy and Nick Du Paul first encountered each other in and around Edinburgh's mid to early 90's Goth period when they both auditioned {unsuccessfully} as backing singer/dancers for top Grunge boy band, Laminate Floorin'. O`Hara and Col Mac met those two while they were working as nude waiters at exclusive parties in Edinburgh. Stazy and Nick were regular clients of theirs.

Q. Make a list of 5 albums of all time.
O `Hara -Sgt. Pepper's Lonely Hearts Club Band by The Beatles, Stone Roses, Ziggy Stardust by David Bowie, Abbey Road by The Beatles, Modern Life is Rubbish by Blur.
Stazy - Exile on Main St by Rolling Stones, Definitely Maybe by Oasis, Suede,  Methodrone by Brian Jonestown Massacre, Babel On by Soundtrack Of Our Lives.
Nick – Stone Roses, Strangeways Here We Come by The Smiths, Boomslang by Johnny Marr & the Healers, Second Coming by Stone Roses.
Col –, Beta Band, The Queen Is Dead by The Smiths, Heaven Up Here by Echo & the Bunnymen,  Foxheads Stalk This Land by Close Lobsters, Power, Corruption & Lies by New Order. 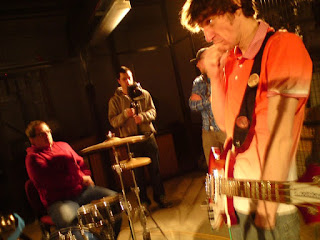 Q. How do you describe Frantic Chant sounds?
Stazy – A movie in your mind.
Nick – Psyche-flying by the seat of your pants-adelic.
Col – Disturbed.

Q: Tell us about the process of recording the new album?
Col – Right now we have enough bits of songs to start recording the new album but we have a single to release first. Once the songs are pieced together a bit more, we`ll go into the Highlands of Scotland to record them and mess with our producers head. The last album, Oscillator, was recorded in three days so we might try to beat it this time and do it in two.

Q: Which bands you love to made a cover version?
O`Hara - Blur or Charlatans
Stazy – Echoes by Gene Clark and The Killing Moon by Echo & the Bunnymen
Nick – Heart Full of Soul by The Yardbirds
Col – 24 Hour Garage People by Half Man Half Biscuit and Revolution by Spacemen 3

Q: What´s the plans for future?
Col – To continue playing gigs and releasing music until one of us reaches 100 years old or one of us just forgets that we`re in a band.

Q: Any parting words?
O`Hara - World Cup 2014, see you there to watch the incredible spectacle as Scotland, against all expectations, finally lift the trophy aloft.
Stazy - Never trust a hairy knee
Col - Lang may yer lum reek
Nick – Hello everybody
*
*
*
thanks guys!!