OX4 with Hush Delirium - An Interview 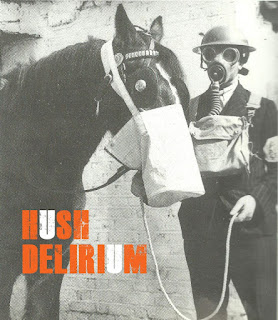 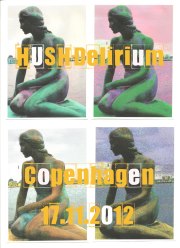 Q. When did Hush Delirium start, tell us about the history...and is there a story behind the project´s name?
M - Hush Delirium officially started in March 2012. Simon (Welford) wanted to come up with a project that combines art and music for some time.

S - Having done an art exhibition back in November last year where music legend Alan McGee was the guest DJ for the preview night, I noticed how great it was that I had a soundtrack to the evening as people walked around looking at the art on the walls and I thought there and then that I might be on to something. Mark (Gardener) was also in attendance that night but I didn’t approach him until a few months later about the idea.

M - Simon came up with a name in the same way as a lot of bands think of names I guess.

S - Hours of racking my brain and trying to think of something cool. I wanted two words that almost contradict each other, two opposites almost. After much deliberation I came up with ‘Hush Delirium’. I suggested it to Mark and he thought it sounded great, so that was that.

Q. What´s the concept of the project
M - The concept is simple. Simon approached me to compose some pieces of 'atmospheric instrumental music' for him to use as inspiration to create various pieces of art. Simon then works away creating new art inspired by the music until a complete art / music concept is formed. The music submitted is 'brand new' so not to offer any preconception.

S - In addition to Mark we have now added a whole host of musicians who are all contributing music to the project. On completion the aim is to produce a gallery exhibition of artwork inspired by the music as part of the 'Hush Delirium' project. The exhibition will not only involve traditional art on gallery walls but also large screen projections played alongside the music to give the exhibition visitor the full experience of how the pieces of work come together.

M - We are also exploring ideas such as simultaneous exhibitions at the same time around the globe as well as having the complete experience available as a download so the images and music can be seen and heard exactly how they were intended by the musicians and artists involved. We are also looking to do ‘one off’ events where we will have the music and art on show but also include live performances by the artists involved. The possibilities are endless...

Q. Do you consider Hush Delirium to be a project with a beginning and an endpoint date, or not?
S - No, we have always said from the start that Hush Delirium can run and run. As long as we have musicians who want to supply music to the project then we can make this project last as long as we like and go in any direction we want. Mark and I have big ideas for the project and really want to make it a success so hopefully with hard work and commitment we will achieve our goals. We are chasing new musicians to contribute all the time and we get emails and messages nearly every week from people wanting to be involved so we have the ability to keep this going for a very long time.

Q. Who is currently part of the project? Who else could join the project?
S - We have an amazing selection of musicians involved in the project, all contributing different styles of music. Alongside Mark (Gardener) we have Aziz Ibrahim who has played with Stone Roses, Ian Brown, Paul Weller and Simply Red and is an amazing musician. We have Dean Garcia from Curve involved, Adam Franklin from Swervedriver, Perry & Kim from A Star / Bliss City East and Jaq Gallier who is a singer / songwriter from London. We also have some exciting bands including Chatham Rise and Her Vanished Grace who are both American bands and we have The Cult of Dom Keller from the UK. We are adding new bands and musicians all the time to it’s worth following our blog or keeping up to date with us on Facebook and Twitter to see who is involved. 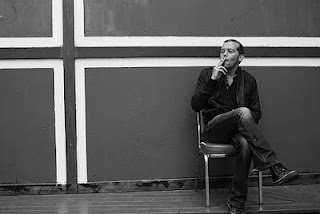 Q. What are the main influences of the project?
M - Certain music / art cross over projects such as Andy Warhol / Velvet Underground are often mentioned by interviewers when they talk to us but we feel that we are pretty unique. Due to the era Warhol was around, he was pretty limited in his output. Thanks to the internet we can share our work and interact with people all over the world in an instant. I don’t feel we have any direct influences when it comes to ‘Hush Delirium’ just a mutual appreciation of good art and music.

Q. What are the prospects of the project passing through Brazil? There is a possibility of this happening? I really would love to bring Hush Delirium to Brazil ....
S - We would love to bring ‘Hush Delirium’ to Brazil. We (Simon and Mark) are off to Denmark in November to do a special event for one night only where the music and art will be shown followed by an acoustic set by Mark to complete the evening. Bringing the art and music over to a country like Brazil would be fantastic.

M - The exciting thing with the project is that we can bring any combination of musicians to different parts of the world and every show will be different.

Q. Any parting words...
S/M - Thanks to everyone from Brazil and South America who has shown an interest in ‘Hush Delirium’ and sent us messages on Facebook and Twitter. We hope to see you all in 2013.
*
*
*
Thanks to Stefania, Simon, Mark, Perry, Kim, Adam and all of you guys from Hush Delirium.