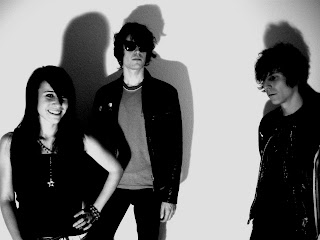 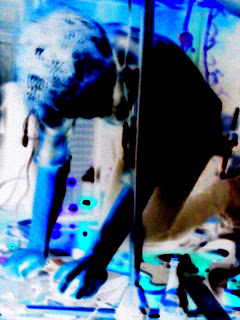 Question: when lost rivers stars?the complety history…
Answer: The Lost Rivers was formed around 2006/2007. Izzy, Hell Pilot and I have already been playing together in some other projects since around 2000. We had some punk and alternative bands, but we got bored by punk music pretty fast.

Q: tell us about your influences...?
A: We are pretty much influenced by noise and psychedelic sounds. I guess JAMC`s Psychocandy was and still is of great importance for us. That`s the first record which satisfied my love for feedback. Then I listened to My Bloody Valentine and Loveless completely blew me away! I entered into sound worlds I never knew they could be created with a guitar! I totally fell for this atmosphere and the wall of sound! Kevin Shields is a true genious! Loveless had about the same effect on me that Psychocandy had. It was and is the best I have heard, up till now! And I doubt I will ever experience the same listening to a record for the first time. Of course, there are many more bands that play a part in our music to a greater or lesser extent. I`m talking about drone bands like for example Loop and the Spacemen3. And personally, I also love dream pop. I`m into Ulrich Schnauss, M83, Slowdive, early Verve and so on… 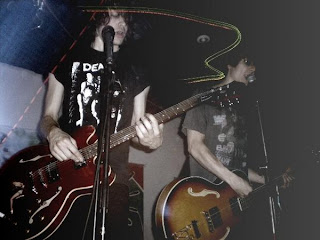 Q: what..s your opinion about the shoegazer classic era?
A: I was one year old when Psychocandy was released and seven when Loveless came out. I didn`t experience the classic era as I would have loved to. hahaha

But as far as I can tell, there were people living out their creativity. That seems to have paved the way for new and interesting stuff. The bands didn`t care as much as today what the audience wants to hear. And that`s what I love. Play with your listeners` expectations and force them to reactions like “What the fuck?!”

Q: tell us about lost rivers live shows....
A: I guess our shows are pretty intense. People tell us we`re really loud. I think it always could be louder, but don`t get me wrong, we`re not loud for loudness` sake. It`s just the way our music works best. At our shows you have the music, but also the visuals like extreme lights and video projections. We try to make it an experience for your ears and your eyes, for body and soul, because that`s what I want to experience when I go to a show. So, we`re just doing what we would like to hear and see ourselves when we`re going to a show.

Q: Is there another good bands in german?which ones you recomended
A: I know lots of German bands, only three or four that I know are good, I`m afraid. One band which is pretty interesting is Others In Conversation from Berlin. I really like their sound. 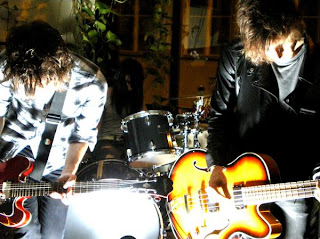 Q: whats your opinion about the new shoegazer era....?
A: I don`t know, we don`t have shoegaze going on where I live and I even doubt that most of the so-called music lovers in Germany know that this term and this music exist. However, I think in America shoegaze is slowly getting the recognition it deserves. At least, that`s what I can tell by the quantity of good new shoegaze bands from over there. I wish there would be something like a new shoegaze era. I tell you, there`s nothing like this in Germany at the moment.

Q: which new bands you admire?
A: I like the work of Oliver Ackermann. He seems to have a great vision. I also like Ceremony, the December Sound, Screen Vinyl Image, Woven Bones. The first record of Darker my Love is awesome and I like the Warlocks. There are some really good bands out there, I think

Q: tell us about the new realeases and the future around Lost Rivers
A: The Lost Rivers never officially released any music. It was like, some friends asked us if we could give them a CD with our songs on it and after our shows people wanted to buy our music, so we just made some copies of the stuff we had recorded in our rehearsal space. It`s very lo-fi, very D-I-Y. We often recorded stuff together with professionals, but we`ve never been really happy with that. We`ve always wanted it extreme and loud, but the results have never been satisfying for us. We put a lot of money into it and the records ended up in our shelves. So, we decided to take everything in our own hands and we like it that way, although it`s very time-consuming! We would love to play more shows in- and outside of Germany and we would appreciate to get more support, which is absolutely not the case here in Germany. Shoegaze is not existing here. Most people in this country don`t understand our love for this sound and we have a really hard time trying to get booked for shows, because the clubs are afraid to offer “different” sounds to the crowd…But we will keep up the good fight in the future! hahaha.. 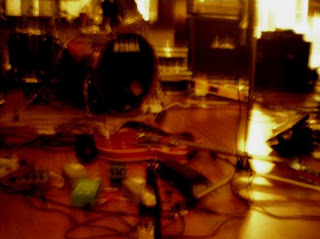