Some Strange Alchemy by Plasticstatic - Track by Track 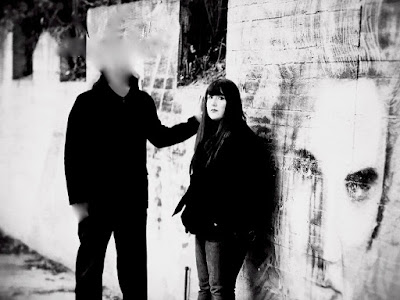 "Some Strange Alchemy" é intenso e, consome o ouvinte desde os primeiros momentos de "Out of Nothing" até a derradeira, "Into Nothing".


"I wasn't planning on revealing anything I'm about to write. There's a chance that knowing these things will have a negative impact on anyone listening to the album. The thing is, this is what the album meant to me when I wrote it. It isn't all mine anymore. Whatever this album means to anyone hearing it, that is exactly what it is."  - Ryan T Winn


Out of Nothing - Each song on this album represents a stage in life, so this is the conception. The album is also divided into two halves, which is why there is a long fade-in at the beginning of the first and sixth tracks, and a long fade-out at the end of the fifth and tenth tracks. I don’t want to give away the reason for that, but there’s a big clue in the CD booklet. Musically, a lot of inspiration came from watching broadcasts that Josh Robert Thompson was doing the past couple of years. He’s one of the funniest people alive (he was the voice and operator of Geoff the robot skeleton — among other things — on The Late Late Show with Craig Ferguson, as well as doing voices on Family Guy, and he’s made one of the funniest and creative pilots imaginable), but he also makes really good electronic music. Some nights he would talk about music he liked (Tangerine Dream, Vangelis, among lots of others), some nights he would perform his own music, and sometimes he would talk about stuff like the documentary I Dream of Wires. Keisha and I had already started to head down a more synth-heavy path, but this pushed us even more. Listening to someone who is passionate about something has a way of doing that.

Some Strange Alchemy - This song represents the formation of an identity, a realization that we came from something, and the creations of myths to try to explain why. I’ve wanted to go back to my post-punk roots for some time, and this was the first track that really went in that direction in a satisfying way. Musically it was originally inspired by the bass line to the Psychic TV song “Higher and Higher”, though that song has way more energy than mine. I saw them perform it at the record release show for Hell Is Invisible, Heaven Is Her/e, and the floor was bouncing more than at any other show I’ve ever witnessed. It was incredible. As I started writing our song, I made sure to take it in a different direction so as not to outright steal it.

The Past In Reverse - This was originally titled “The Surrealist’s Grimoire”. It’s about the stage in life where anything seems possible. In our own minds, anything IS possible. When we are able to take those possibilities and infuse them into the real world, wonderful things can happen if our intent is positive. When the intent is negative, we end up with big problems.

A Line That Never Moves - This represents the stage of life when some reject old truths, and begin an internal search for a new one. It may not sound like it, but it was inspired by Acid House. The beat doesn’t come from that, but the synth line that repeats throughout the song does.

The Darkest Night - The first half of life can be full of possibilities and positivity. This is the result of the realization that the world around us is sinking in a way that is beyond our control, while trying not to let it change us. Not wanting to give up hope. This version was recorded before the single version that was released just before the 2016 USA presidential election. I don’t want to get into politics at all, but I wanted to write something that had a positive message because I knew we would need it. The album version almost sounds like a remix of the single, but for the single I muted a lot of the synths, recorded the guitar parts in one day, and tightened up the structure.

The Anchored Moon - The darkness starts to find its way in. I am searching for light, even if it isn’t directly from the source. As beautiful as the moon is, it just reflects light. It’s like an architect who can design beautiful things, but never created anything. We always want the source, but we usually settle for a distortion of it.

The Dying Tree - Life is approaching its end. It isn’t a terrible thing, though the realization of it can certainly feel that way. Transformation is beauty. The music for this track was originally going to be “The Dead Tree” on the companion album Songs From Thee Static Lodge. A few weeks before finishing this album, I decided that track wasn’t strong enough. I created this one from scratch and finished it in a weekend. I used the same lyrics, but I added the spoken word section from a poem I wrote 15 years ago on the first night I drank absinthe. I wrote a lot that night, and lines from those writings have occasionally appeared in my songs ever since.

A Token Void - Death is very close. Looking back on life, and trying to give it a narrative that makes sense. In the end, I feel that living a life of truth is the most important thing.

The Alchemist - Death is the great alchemist.