What I Choose To Forget with Code Ascending - An Interview 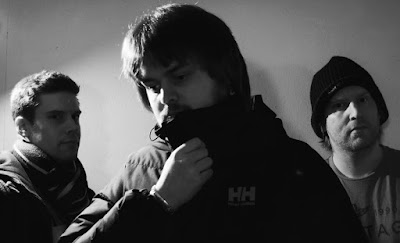 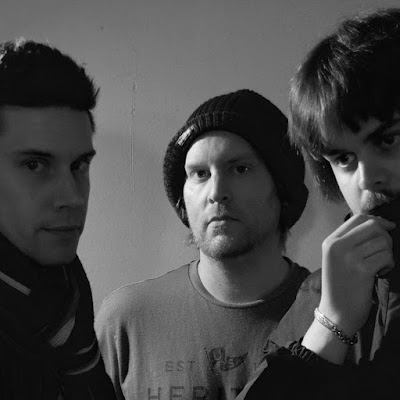 Q. When did Code Ascending start? Tell us about the history…
I’ve always played around with creating sounds and stuff but I really started writing songs while on the train going to and from work in London. To stop the boredom it was great plugging in my headphones, loading up my piano app and writing musical sections with lyrics.

I wrote a whole albums worth of songs over a couple of weeks and started putting the different parts together. I demoed 10 tracks up and thought about what I could do.

I then asked my brothers, who I knew were fantastic musicians in their own right, if they wanted to rehearse some ideas and so in the Autumn of 2014 we booked a room, played and it gelled instantly. The rest followed on from there.

Q: Who are your influences?
When I started writing songs I was listening to lots of different stuff. The Cure, Muse, Foals, Eagulls, The Horrors, BRMC, The Verve, MBV, Editors, Pink Floyd, Smashing pumpkins, Interpol, The National. To name but a few.

Q. Make a list of 5 albuns of all time…
Theres far too many to mention but if I had to pick then:
The Cure - Disintegration & Wish (Sorry I have to choose both here!)
Editors - The back rooms
The Verve - Urban hymns
Spiritualised - Ladies and gentlemen we’re floating in space.
The Horrors - Primary Colours.

Q. How do you feel playing live?
We haven’t had a gig yet but in rehearsal it feels amazing.

Q. How do you describe Code Ascending sounds?
When standing in the middle of the rehearsal room while playing, the sound is thick with huge waves of noise and sympathetic melodies. My bass is through two amps. 1 amp is for the low end scream and the other amp is for all my atmospheric effects which swell and drive off of each other. Alex thickens up the sound even more with his guitar melodies and Laurence holds us all together.


Q: Tell us about the process of recording the songs ?
After I had created enough material we spent the following year refining our sounds and parts. When we thought we were ready we booked the studio time.

We recorded the EP over a weekend going in on the Saturday and laying down all the basic parts and vocals. Then we spent the Sunday Mixing. So the record is not a bad effort for a couple of days work.
I would’ve liked to have had more time mixing but the budget always has to come into it.

Q. Which new bands do you recommend?
The last album I bought was by Royal Blood. I love the sound those guys are getting. The lead singer is a fantastic bass player who uses lots of effects so thats a massive plus for me. He’s a better singer though but you can’t have everything. :)

Q: Which band would you love to made a cover version of?
When Im messing around on my bass at home I always end up bashing out a rendition of ‘icky thump’ by The White Stripes for some reason. That riff sounds great when all my FX are on so I guess I would do that one.

Q: What are your plans for the future?
We don’t have any other than write more songs, record and enjoy making as much noise as we can while we can. We definitely want to start playing lots of shows and look forward to seeing where our music takes us.

Q: Any parting words?
I can’t thank you and everyone enough for all the support we have been given with the EP so far. If this is the start of things to come for us then its going to get very interesting. Take care and thanks for reading. x
*
*
*
Thanks