Trust with Daydreams - An Interview 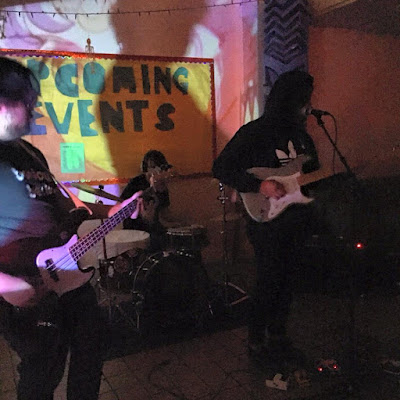 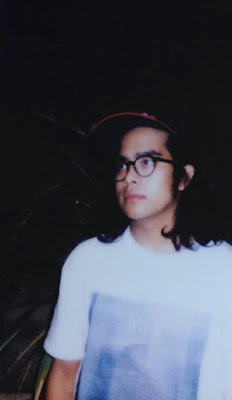 Q. When did Daydreams start? Tell us about the history...
A. Daydreams started out as just a little solo project of mine when I first started making electronic music around 2013. My band at the time just went on hiatus and I still wanted to keep making music and so I taught myself Logic, Ableton, and Pro Tools, and eventually started uploading music onto Soundcloud. From 2013 to 2015, I wasn't truly happy or content with what I was making and thought that I needed to get back into playing guitar like I did before. So last year I released my first demo of Trust and got great feedback which made me realize that this was my sound.

Q: Who are your influences?
A. Such a hard question haha. Bands like No Age, New Order, Cocteau Twins, My Bloody Valentine (of course), and American Football are just five bands that I can think of on the top of my head right now that I definitely listen to on an everyday basis.

Q. Make a list of 5 albums of all time…
A. Ah another hard question! In no specific order:
American Football-American Football
Power, Corruption & Lies-New Order
Heaven or Las Vegas-Cocteau Twins
Kid A-Radiohead
Everything In Between-No Age

Q. How do you feel playing live?
A. To me it’s frightening yet amazing. It’s not a new thing to me at all since I was in a band for so long before Daydreams started, but to this day at shows I end up not talking to anyone before my set just because I get so nervous. I think the best part about playing live is playing with your friends. I currently have my good friend Aidan Gould on drums (he played drums on the album as well), another good friend of mine Scallion Jake on bass (they put out the album on cassette via their label Valencia DIY), and sometimes my older brother Carlo Chavez plays bass for me (who’s also made my last two music videos) whenever he's free. Playing with them is hilarious because we end up covering songs at our shows as a last minute thing.

Q. How do you describe Daydreams sounds?
A. Since I’m influenced by many genres like dream pop, new wave, shoegaze, garage, noise, and emo, I try to get little pieces of each genre and combine all of them into one thing. During the mixing process of the album (which I did during school), one of the teachers came in the room I was working at and said “Do you like Galaxie 500? You sound like the guy from Galaxie 500”.


Q: Tell us about the process of recording the songs ?
A.I recorded half of the vocals in my bedroom and the other half at one of the studios on campus. As far as the guitar and bass, I played both and recorded them in my bedroom as well. I recorded the drum tracks over at Aidan’s garage with one mic right in front of the drumset, possibly the worst way to record drums but hey it worked out. I then mixed the tracks myself at school then had my friend Clay Burton master and finalize the whole album.

Q. Which new bands do you recommend?
A. I have to mention some of my talented friends like my best friend Kyle Johnson, he produces electronic/ambient R&B, and goes by TV Nicks. Local LA bands like Post Life, Shunkan, and Aidan’s band Tunefolder..my friend Nacho Cano has a project called Twin Cabins that you might’ve known of already. And I can't forget to mention Scallion, which is Jake’s band and they’re from Philadelphia. I'm also very into Wild Nothing, Yuck, and jennylee so definitely check them out.

Q: Which band would you love to made a cover version of?
A. My band has covered Say It Ain’t So by Weezer as a last minute addition to our set at one of our shows recently haha, but I definitely wanna plan and cover Age of Consent by New Order sometime soon.

Q. What are your plans for the future?
A. As far as the near future, I’m currently in the early stages of a music video that will come out around late May. I’m also working on new songs so hopefully an EP will be ready for release in June, as well as hoping to play shows around Los Angeles as much as I can during summer as well.

Q: Any parting words?
A. Thank you for having me on The Blog That Celebrates Itself, and thanks again for enjoying my music and supporting Daydreams. So happy to be part of the blog, stay tuned for new releases and even some Daydreams merch in the near future.
*
*
*
Thanks