Transparent Radiation with The Solar System - An Interview 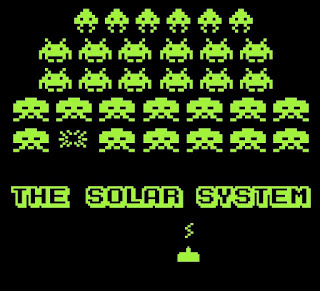 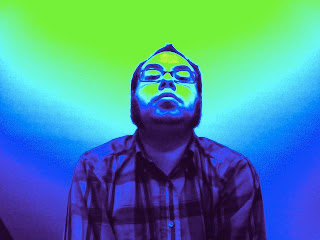 Q. When did Solar System start, tell us about the history...
A. Well I didn't come up with the name until 2005 or 2006 but I've been recording since I was a little kid, starting recording on boomboxes and stereos with my friends and with my brother gary just experimenting and discovering how to record. The first "True" Solar System album came together in 2002 and is called "Living Alone". After that album I started to find myself as a musician and songwriter.

Q: Who are your influences?
A. I guess the first band I truly loved was The Beatles and through them and going through my dad's record collection I discovered all the classic rock greats. In my early teens I heard Frank Zappa's music and that opened a new door of musical possibilities for me. If I had to think of ten musicians who have consistently inspired and influenced me in the past 10 or so years they would be.
1. Syd Barrett
2. John Frusciante
3.Olivia Tremor Control
4. Eric's Trip
5. Rick White and all his various bands/projects
6. Brian Eno
7.Devo
8.Love/Arthur Lee
9. Anton Newcombe
10.The Frogs

Q. Made a list of 5 albuns of all time…
A. I can't possibly make a list of the best 5 albums of all time so instead i'll pick 5 albums that have made an impact on me this year

Q. How do you feel playing live?
A. At the moment, There hasn't been too many Solar System live shows. This will change soon. In the past the few shows i've done have been solo shows and to me I find this very boring for the audience as the albums are so layered and full of sound. I have just formed a band to play all this music and so far it's going great. The guys in the band are, Daniel Vought- Drums. Brian Arvo- Bass. Our first gig is in February and I can't wait! I've always wanted the live band to be different from the recordings which are very textural and extremely psychedelic. The live band is full of energy and has more of a spacial quality to it. I can't wait to see/hear everyone's response to the live setting.

Q. How do you describe the sound of The Solar System?
A. The sound of the Solar System is to me very psychedelic, textural and multilayered. I'm really inspired by the recording techniques of the late 60's/ early 70's in which the bands/producers were trying to produce a aural movie. I want to take the listener on a journey and have them pick up new sounds with each listen. I feel i'm just getting this together.

Q: Tell us about the process of recording the albums?
A. Well when I go to write a song it usually starts with a idea on the guitar or some sort of rhythmic idea, I lay that down and build upon it until the song is complete. Each album is different and I work on them consistently until they are complete. This year alone I wrote and recorded 4 albums. I was on quite a creative high which I hope will continue into 2013. 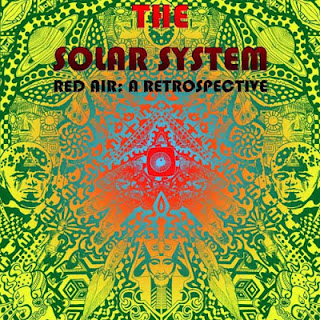 Q. Which new bands do you recommend?
A. This year I've befriended so many great musicians from all over the world. Im going to try to remember everyone's name and bands so If I forget some names i'm sorry. first i'd like to mention my good friends Ryan Winn and Keisha Winn, They are Husband and Wife who make otherworldly psych/shoegaze music under the name Plasticstatic. Their EP "Anchors" is my favorite album of this year. Every listen I hear new things and I get inspired greatly from their music.

I don't want to make this too long so I'm just going to name off the rest but before I do I want to say thank you to all of your for your friendship and the amazing music.

Dereck Higgins, Chris Reid of The Sirago 17. Kevin Common of The Common Men. Beaulieu Porch, Sir Psych and The Smoking Trees. Toni Oswald, Magic and Fun, The Diary Of IC Explura. Zachary Biggs. There are so many more who's name I'm forgetting. You know who you are!

Q: Which bands you love to made a cover version?
A. Any of the bands/musician's I mentioned in the Previous question. I'd love and be honored to hear them cover any Solar System songs. I'm sure they'd make them better!!!

Q: What´s the plans for future....
A. Plans for the future are to play tons of shows with the live band, Possibly do some recording with them as well. More music this year and continue to grow as a musician and be a better person. Did I mention release new music??? Maybe collaborate with more of my musician friends also.

Q: Any parting words?
A. I want to say thank you to everyone who ever listened to and have bought a Solar System album. This means everything to me and I can't thank you all enough. I hope you stick around for the next journeys in 2013. I want to thank you for this interview and for your support. Much love to everyone.
*
*
*
Thanks Chris ....