Thing´s Never Be The Same with Sonic Jesus - An Interview 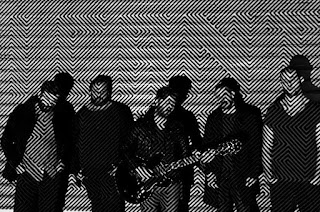 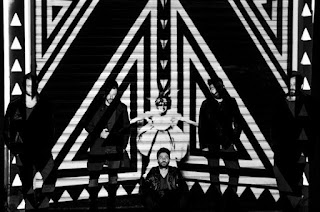 Q. When did Sonic Jesus starts, tell us about the history...
Sonic Jesus was born on January 2012, in Doganella di Ninfa (Italy) from a collaboration between Tiziano Veronese , voice, guitar and percussion, -though he originally began as a drummer- and Marco Baldassari self-educated musician, playing organ, guitar and percussion in the group. In few months, Simone Russo, drums, Fabio Perciballi, guitar, joined the group, and after various changes, Lorenzo Mancini, bass, eventually completed the Sonic Jesus.

Q: Who are your influences?
You can find our influences in 60's sound, such as folk singers, cosmic music, the pursuit of the pure sound, but I figure we have been influenced by any kind of art: painting, literature and, most of all, living rough. Albeit, it is very easy to be influenced; the hard part is to keep the right distance.

Q. How do you fell playing alive?
We basically try to blend the instruments together, in order to create a single sound. We like feeling kinda suspended in trance-state, when we play. Playing live music is magic, for us.

Q. How do you describe Sonic Jesus sounds?
It is hard to describe. Using a metaphor, we think it is a kaleidoscope of images, like a palette of colours and a paintbrush to give a different color everytime, according to the taste we want to let shine through and trying to give a synthesis of our worlds. We like to think that our music is an eternal loop, creating a mantra that let our imagination wander; our music is our only drug.

Q: Tell us about the process of recording the album?
Tiziano usually comes to the studio with a draft of a composition he made. Most of the times it is just a folk-toned track that sounds good as it is; then I let its melody and rhytm inspire me and I start writing down the lyrics which will complete the basic structure of the song. Then we meet in the studio all together to express our opinions, we feel free to add new nuances to the music, playing any instrument: we mainly have vintage instruments, which we use to reach those pure sound that will characterize each part of the song. The result is just as unifying as we could.

Q. Which new bands do you recommended?
We are not trying to publicize our country, but we have wonderful group, such as Father Murphy and Go!zilla: we are thinking of other important groups abroad Blue Angel Lounge, KVB, Lola Colt and all the those groups from Fuzz Club Records. These are groups we raccomand now and for the future.

Q: Which bands you love to made a cover version?
Playing a cover song means making that song yours; we have never played one live because we just prefer to play our music, but if we had to immerse into someone else's music, we would choose playing songs as "We will fall" by Stooges or "Abschied" by Nico, but there are so many interesting songs that it could be a very long list!

Q: What´s the plans for future....
Well, after releasing our EP for Fuzz Club Records, we are focusing on the recording of our LP; we really wanna let you listen to our music! In the meanwhile, we are trying to plan a little european tour, waiting for something important to come out. It is vital for us to play live music and make us known. We were born recently as a group, but we need to get out as much as we can and the future is surely by our side.

Q: Any parting words?
We are proud and happy to have reached you, we think this is a window opened to the world we just have to thank you for the trust you are giving us. I hope you will come and see our concert, so that we can say "thank you" in person, Renato.