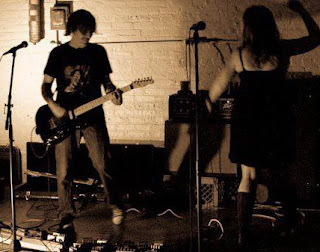 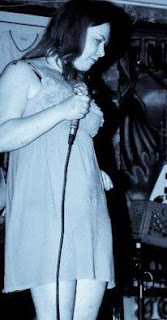 Q. When did A*Star starts, tell us about the history...
Kim: Perry and I have worked on several projects in the past 5 years—Skylight, Bliss City East, Morpheme… and A*Star came about when we realized we just wanted to return to the way we started: Sitting in our studio, messing around, making sounds, having cocktails (though Perry doesn’t drink anymore), and doing things our way with no pressure to do anything we don’t want to do. A*Star is named after our daughter, Ada Star. We envisioned it being just us with the occasional guest musician, but we’ve really enjoyed working with Mike and Ian, so it’s sort of rounding out to be a foursome. From the start of A*Star, we have kept the idea that we won’t ever be “working on an album.” We will take one song at a time, work on it until it’s exactly what we think it should sound like, and release it as a single. Then repeat. We don’t want the pressure of working on a whole album where we get maybe three good songs, two mediocre songs, and a couple of filler songs that mean nothing to us. Every song we release will be the best we can do. It’s more realistic for our lifestyle, and keeps us active in the music community, and keeps our friends wondering what’s next.

Q: Who are your influences?
Kim: My singer influences would be Debbie Harry of Blondie, Chrissie Hynde of the Pretenders, probably Madonna if I’m honest (I grew up in the 80’s, what can I say?), Linda Ronstadt (my dad used to play her records when I was a kid), the girls in Fleetwood Mac .

Q. Made a list of 5 albuns of all time…
This is impossible! but at the moment

Rush Clockwork Angels (I love this more every time I hear it, especially after seeing them perform a bunch of it)

I should also point out that I play the hell out of Blonde Redhead’s 23. I don’t know. Is it old enough to be one of the greatest albums of all-time? It’s certainly brilliant. 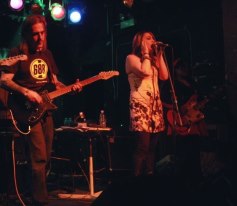 Q. How do you feel playing alive?
Perry: I have spent a lifetime of playing live and although i still love it, we do not plan on doing anymore live shows. If we do, it would either be out of state or with that very special band. There is nothing like playing live though. Given the right conditions, its electric.

Kim—It’s always tough for me. Our sound always stumps the sound guys, and I can never hear myself sing, even with my in-ear monitor. The preparation for a show is so tedious (and it’s often the only time Perry and I really fight) so the payoff at the end isn’t usually worth the effort. I like the controlled environment of the studio, and I like to play with my vocal sound. I can sit in front of the computer for hours and just sing and sing and sing by myself. I am a true introvert.

Q. How do you describe A*Star sounds?
Perry: Heavily influenced by Rock N Roll man :) It’s what we were born to do .

Kim: Arenagaze! Bringing back the guitar solo one song at a time. It’s hard rock with shoegaze/dreampop elements. We like a nice melody and a hook. All of our lyrics tell a story and are carefully composed even if you can’t hear them under the guitars.

Q: Tell us about the process of recording the songs...
Perry: Well we recently found Ian Baird who not only plays drums and bass now, but he also owns a recording studio in his house. So far its worked out where i will write the songs and send them to Ian for drums/bass and mixing. Basically he puts the songs together the way they should be. The dude is a miracle worker honestly. From there we wait for Kim to add vocals and Mike Parkin to add his guitar bits. He is a much better guitar player than i am actually. His addition has made a big difference.

Once Perry records the concept of the song and Ian adds drums, Mike and I do our parts and then there’s a lot of back-and-forth massaging to get the parts exactly right. We’ve also decided to only release songs with a video, because we think of it as a package. Not just a song, not just a video, but a song-and-video. So we start to conceptualize our video while we’re working on the song.

Q. Which new bands do you recommended?
Perry: Blindness ! Fantastic new band and even better people.. you should look them up. They have a new single out on Club AC 30 called Glamourama.... Lets see ....Nightmare Air, The Foreign Resort and The Microdance from London indeed. Black Swan Lane, Her Vanished Grace, Andy Whitaker from the Sun and the Moon has a new solo album out on Black Swan Lane’s label that is fantastic. ... Freedom Hawk kick massive amounts of ass and one of my favs these days. If you like Rock N Roll, listen to those cats.

Kim: What he said. My office is 10 feet away from Perry’s office, so what he listens to, I hear.

Q: Which bands you love to made a cover version?
Perry: We are working on a secret cover right now with Charlie from Her Vanished Grace. Its been at a stand still while we work on life in general but it will get done :) .. I always wanted to cover the House Of Love song Shine On :) I love that band...

Kim: I still want to do a Pink Floyd cover. (Pigs on the Wing especially.) I’d like to be in an all-girl tribute band that we’d call Pink Flo. The song we’re doing with Charlie has been on my list for a long time, but I can’t tell you what that is yet J There are also a lot of 70’s tunes I’d love to do; So Into You by the Atlanta Rhythm Section comes to mind. 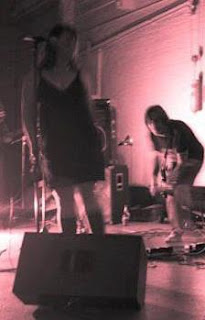 Q: What´s the plans for future....
Perry: Keep recording and writing new material as it flows out. This band line up is amazing and makes me feel all warm and fuzzy inside. We have some really great things happening for us right now. As the months go on news will be announced. :)

Kim: Keep exploring new ways to share our music so we can afford to keep making it. For work, we produce instructional videos for social media, so we’d like to write more soundtrack music for those—and we’d like to do more soundtrack work in general. We’re also really excited about the Hush Delirium art/music project and would love to be involved in more audio/visual applications.

Q: Any parting words?
Perry: Yes WE LOVE YOU BRAZIL! You guys are our best fans so thank you so much for all the love and support you give us.

Kim: You mean something that sounds smart? I’ve got nothing. We do love you, Brazil.
*
*
*
Thanks my great friends....