I Saw The Ghost That Follows You with Bloody Knives 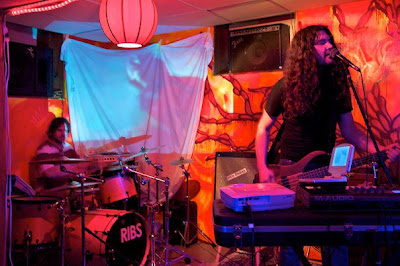 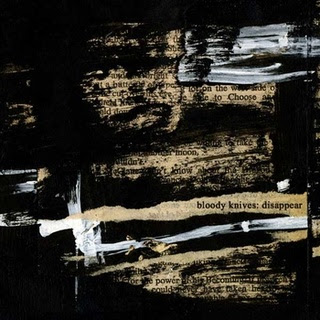 July 2010: We had the idea of making a record out of improvisations. The idea of having a forced time frame, and to create something from something else were the main themes behind creating the music.

We were on tour and had a day off so we decided to go to Brooklyn and record with our friend Ryan Steele (Makeshift Studios). Ryan recorded our old bands’ last record at his old place. We could not record at his new place, so we packed up all the recording equipment in our van and went to a practice spot in Brooklyn called Sweatshop. I’m pretty sure we were in room four. We had a six hours to record.

We setup all the equipment in the practice space, miked the drums, DI’ed the bass, got some beer and shitty Mexican food, and started to record. There was some terrible cover band in the room next to us banging out the worst songs of the past 30 years at full volume, in the other room beside us was a metal drummer banging out blast beats. We were sure the noise was gonna make it into the ambient mics but it didn’t happen, the bleed was minimal.

“ill never leave you alone” was written in the first hour of the session. The Mexican food started to give me a stomach ache. Around that time we wrote “my blood is in your veins”. We took a short drinking and eating break and started up again. During this time we recorded the last three songs. "i want to be the one to blame" and " you know you want to" were recorded back to back. "disappear" was the last song we did.

We packed up and left Sweatshop. Ryan gave us the audio files and we took the disc back to Austin with us. I loaded the files up and recorded the keyboard parts at our studio in Austin. I went to Brooklyn to record some more, but after the sessions the blizzard killed off the hard drive. Some files were recovered, the others we re-recorded at my studio in Austin. Jim added effects and interludes. We sent the record back to Ryan to mix and master. Jake did the artwork.

2 "i want to be the one to blame
the joy of corruption, stealing innocence, and the inabilty to resist what you want.

3 "ill never leave you alone
you caught the infection, the virus spread, you will carry the infection until your death.

4 "my blood is in your veins"
your destiny is waiting for you to give you what you deserve. there is nothing worse than too late.

5. "disappear"
there is a hole inside you that you will never fill, the more you try the bigger the vacany gets......disappear.
*
*
*
Thanks Preston my friend...