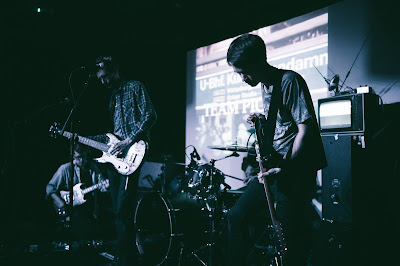 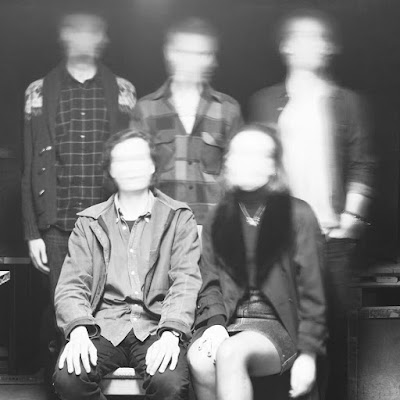 1. When did Team Picture start? Tell us about the history…
Some of us go way back. Some of us were collected along the way. Either way, it made sense that we start making music together. We tentatively felt each other out in practice rooms and basements, and our bonds of super fantastic friendship were solidified at a Cheatah’s gig at Wharf Chambers in Leeds.

2. Who are your influences?
We could probably give you six totally different answers for this. There are some bands that at least some of us share a fondness for though. Like: Deerhunter, Yo La Tengo, Thee Oh Sees, Talking Heads, Beach House, Spacemen 3. We’re all influenced by a lot of stuff that isn’t music too.

4. How do you feel playing live?
Much sweat. Many moves. Such vibes. So mystery. Eyes closed. Then comes the stillness.


5. How do you describe Team Picture sounds?
A freight train hurtles down the tracks. It is out of control. The driver is incapacitated. There is a tiger trapped in the cargo hold.

6. Tell us about the process about recording the songs…
There’s much DIY involved. A lot of cluttered bedrooms standing in for studio spaces. Enthusiastic pogoing. Absolute monomania.

And they’re not new, but nowhere near enough people know about them:
True Widow (https://truewidow.bandcamp.com/album/avvolgere)

8. Which band would you love to made cover version of?
We’re thinking about cooking up a version of The Wedding List by Kate Bush.

Or maybe Elevation by Television?

Or perhaps even Staring At The Sun by TV On The Radio?

We’ve toyed with I Love You All by SORONPRFRBS too. One for the hipsters.

9. What are your plans for the future?
We made a song happen on the internet on the 5th of December called Potpourri Headache, it debuted on Dork and you can cccheck it out there. There’s some visuals coming for it in a few weeks too. We have single releases planned for the first half of next year, including a couple of physical releases in February & April. There will also be some shows. www.teampictureband.com will sort you out with information on all of the above.