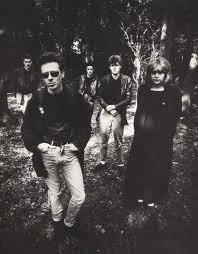 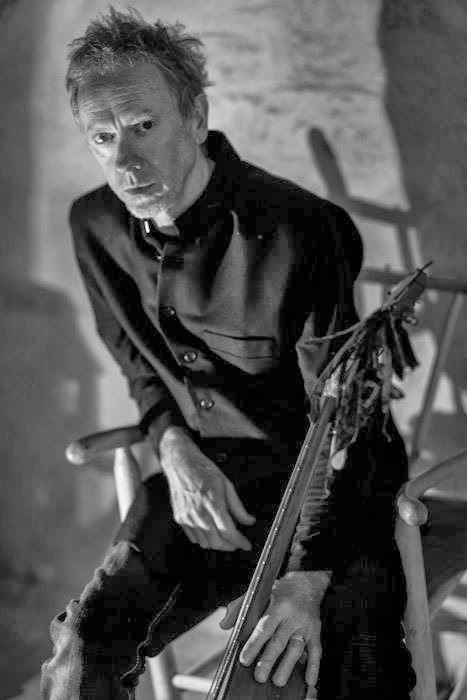 Q. When did you begin to get interested in music?
A.1 AS FAR BACK AS i can remember 3 years old…in fact all I ever wanted to be was a musician/artist …used to listen a lot to my older brothers playing …Stones,Spencer davis,floyd,kinks yardbirds,cream etc the list is endless...

Q. When did the Perfect Disaster start?
Tell us a story A.2.Blimey ok …the group name The Perfect Disaster was around 1982…The line up was of course very different…the line up that is more recognisable to that which released most music.started in 1984.that's when I recruited Danny Cross gtr and Malcolm Catto drums to join Alison Pate gtr and myself . I mostly played Sax and vox and a little gtr at this point mainly using gtr for composition. It was in 84 we recorded Over you by the Velvet Underground…… 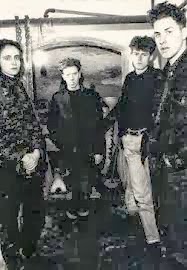 Q. What are your influences?
A.3…well the thing that changed my like really was that there was a band who played music I wanted to play myself…namely the Velvets…but as I said earlier I wanted to a musician from about 5 I imagined I was in the Small faces and The Spencer Davies group among others….but the Velvets…I discovered in my early teens and that blew me off…later the Stooges it was through my first big Love, Early Bowie ..That I discovered these two big influences.Then I retraced my steps a little to look again at the stuff that my brothers were into and then got really into Syd Barret,Kevin Ayers,Nick drake and the English Psche scene …people would often say I looked like Donovan at this point.circa 67..I would try to gatecrash my brothers parties and hang out .

Q. How were the shows at that time?
A.4. well in the town where I lived all the sixties bands came by …the Who,hendrix,Animals,Stones all of them..my first gig I remember was in a small room …200 …lots of people smoking ganga/strong smell petuli…and the Light show was one Red light bulb…the band was covers band playing Raunchy r&b Jimmy reed etc ..they were rather fucking awesome as I remember…I was about 10…

Q. What are your favourite Perfect Disaster Record/song?
A.5. My favourite TPD album is Up..because the vibe is correct. 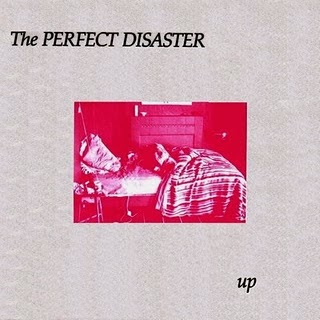 Q. Why Perfect Disaster rip?
A.6. We didn't actually split.John Saltwell keeps telling me he's expecting a call asking him to rehearse…eheheh.but I mentally around 91 needed a break as it had taken a long time and a lot out of me ….

Q. After the end of Perfect Disaster, you worked with Jason Pierce, how was this partnership?
A7. In fact I started writing some songs with Jason around 92 I think…we were going to do album but it didn't materialise he Spiritualised instead…he Played a little on Divan though.a8.. Well it was very nice I had a great time making the Divan album …I wrote all the songs and recorded them in London with all my friends coming to play..So Jason as mentioned ,Terry Bickers,house of love,Levitation,along with Dave Francolini and larence Okeef also Levitation/Jazz Butcher.as well as Other fine Musicians and singers Carole mcmurray /Janette Sewell…that was 94. 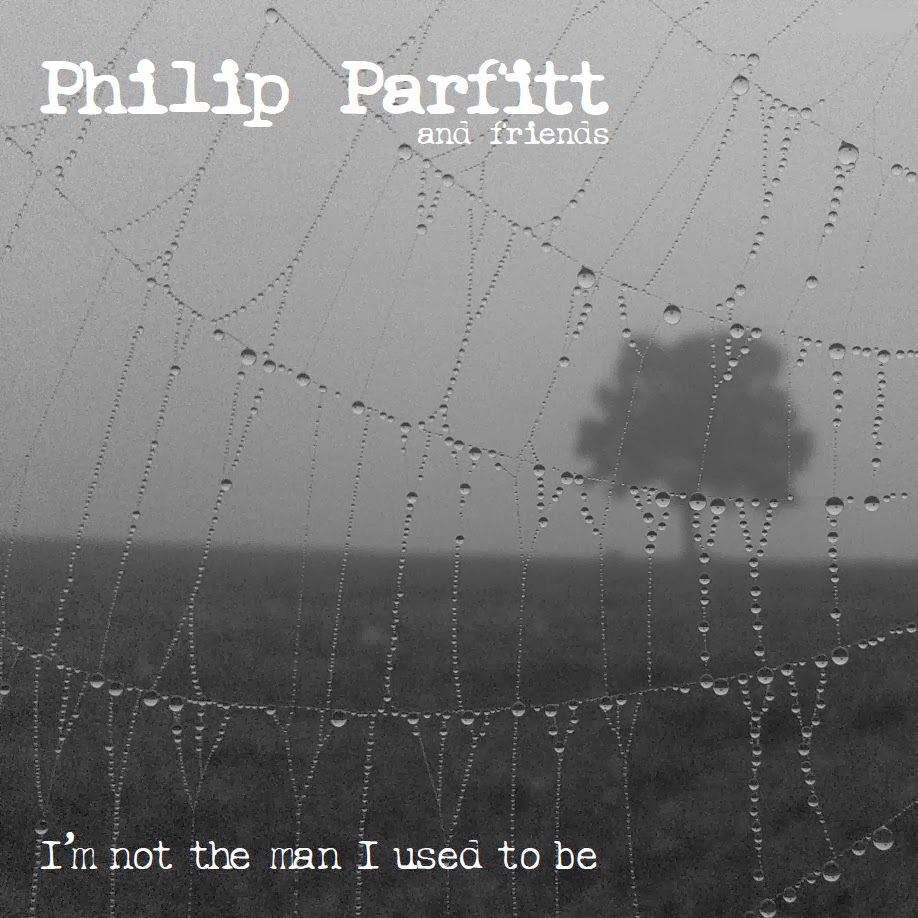 Q. In 1995 you created the Oedipussy how was this epoch? Q. In early April you will release the album I'm not the man I used to be, with the new project Phillip Parfitt and Friends, as was the creation of this new project? Tell us the story?
A. 9.Well the answer to this question could be a book in itself …so to save you the pain of that therapy session I'll give you the abridged form…I have already recorded three albums that haven't as yet been released…2nd Oedipussy and some more projects.that will surface but for various reasons haven't yet…I got so fed up with the 'industry of music' that I decided well ..to drop out…of it…I'd had enough .however I couldn't stop writing or recording and after many years and a lot of people saying c'mon Phil you should get your shit together man etcetc .I thought well why not ..afterall it is in my system/blood, it is one of my life sources…I'd already split from the uk at this point and become a recluse almost..Eventually I was tracked down by some persistent friends /fans and the ball started to roll.I wanted to do something though very different from the Oedipussy and the Perfect Disaster as an artist I need to evolve ..but In fact I just need to find myself again. this album features Only acoustic instruments save for a tiny bit of electric bass..my fellow players on this were some old friends from The perfect Disaster/spacemen three and some new guys who are specialists in ancient music…I was particularly interested in Medieval drones…kinda like Organic feedback…overlaying harmonic textures.mixed in with a voice and acoustic guitar…I chose to use my Daughter Candy as one of the vocalists because I love her voice but also I knew she'd get it…I tried my best to Raise her with as wide a range of music as possible everything from Ravi Shankar to Ennio Morricone with a large dose of v.u …60's 70's etc you name …and of course like all kids when they get 12 they fly on their own …but she first sang in a studio with me when she was 6 so she can do that no sweat ..she does the Angel very well…sorry I'm Rambling and this the short version…anyway tucked away deep in the Countryside seeing hardly anyone …we began to piece it all together..and We just played the songs to my friends till I found the right vibes…I wasn't in a hurry you understand it was just more important to be in a place of my own creation /musically and finding ways to get my friends to explore this plain. 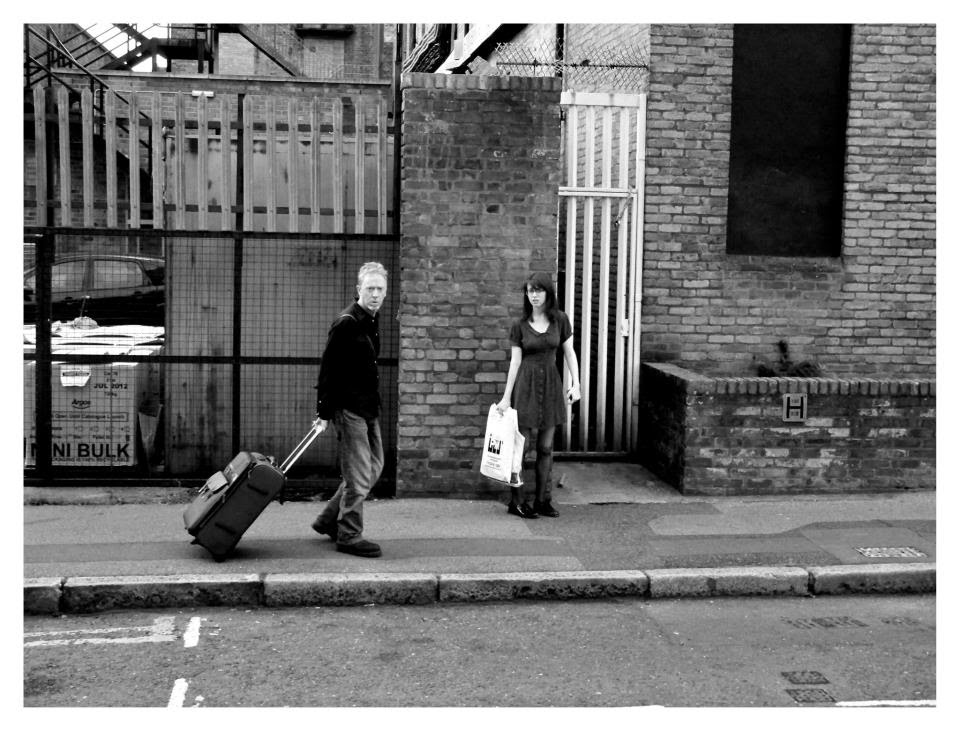 Q. Have you heard any new bands that you recommend?
A.10.…haha man if you like I could send you a list of all the stuff I listen too and you might think me mad …but wow I listen to Nature for my inspiration…the wind the rain the river the animals…the machines the tools.the long wave radio badly tuned oscilating against the refrigerator hum..I listen to the sound of the Earth it self…it's all music to me…people make melodies when they speak they don't even know but I am listening….


Q. What are your plans for the future?
A.11. well I have a lot of songs to record a lot of songs …time is its own maker..But since we are on the subject I already have work in progress and one very nice guy from an American band guitarist nice and producer of a lot of great work has expressed an interest to work together so I hope that comes off.

Q. Any parting words ...
A.12 parting words well thank you all of you who have kept the faith …I hope you are not disappointed in this new work.it is there it is done ..maybe I don't catch you this time …then maybe next .
*
*
*
Thanks master