A Touch of Joy, a touch of Sadness by Presents for Sally - An Interview 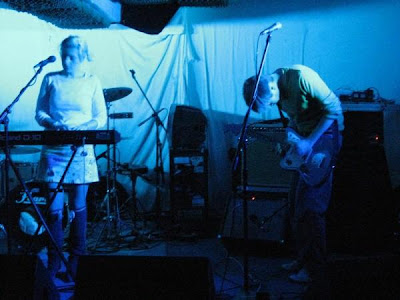 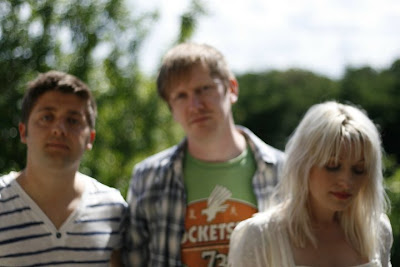 Q. When did Presents for Sally form, tell us about the beginning…
A. The band kind of properly formed in about 2007-08 when we had the track “flowers falling sideways” come out on a compilation. We had to follow that up with some shows which was pretty hard as trying to find anyone where we are from with any musical imagination is like smashing your head against a brick wall! I had been recording stuff at home for years, mainly just idea’s but these eventually turned into songs especially as Anna started to add vocals etc..

Q. What are the band’s influences?
A. We all listen to different things really and I think that shows on the album. It has our “sound” but the songs are quite varied. Anna is into more heavier stuff, Luke is into more punkier things and i’m obsessed with late 80’s/early 90’s bands still. I’d much rather put an old sub pop/4ad record on than the majority of the music that’s about now.


Q. Tell us about the recording process for debut album?
A. The album took a long time to be honest, a lot longer than it was suppose to! We ended up scrapping and starting it again 3 times as it just wasn’t happening. I think we’d get half way through and it just didn’t seem right. We were hoping to have it ready for January time as the single had done pretty well in November and we wanted to keep the momentum going but as it turns out its pretty much a year to the day that the album will be out after the single!

A lot of the album was quite fun to record and some of the songs were quite spontaneous. That’s probably why it took so long, we would have a set amount of songs and then we’d stumble upon a new one…! 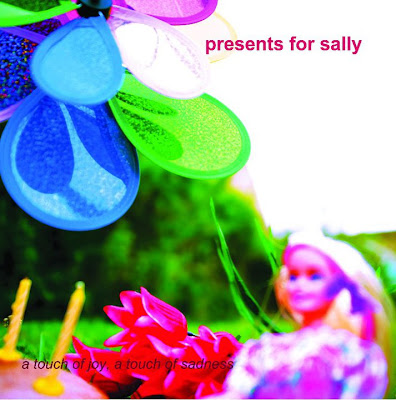 Q, Tell us about playing live.
A. Playing live is great and we have always got great feedback from the audience. Up until now we have always had to use drum machines rather than a live drummer so the dates we do supporting the album will be our first with a more conventional band. Were hoping it brings more energy to the shows and generally make the loud bits even louder and the quiet bits even softer. We are also going to be using backing track sounds between songs, even if its just 2 delayed and distorted chords repeating, we are quite into the thought of joining a lot of the songs together. We are also looking at visuals and having something playing behind which kind of runs throughout the set, like a short film I suppose. This will also be the first time we have played most of the songs on the album live aswell other than “catch your fall” and “smooch” so it’ll be exciting for us aswell.

Q. How did last years gigs go?
A. We have been quite lucky as we have played with some fantastic bands and met some genuinely nice people along the way. Our first 2 shows were supporting rumskib when they came over for their UK tour and it was quite daunting but they made us feel at ease. The second night the sound guy didn’t turn up but they helped us out and its stuff like that that you appreciate and don’t forget. Like I said we found it a little difficult and restricting at times using just the drum machines but it also set us aside from other bands we were playing with. We supported the telescopes which was great and think we all agree that that was probably the best show so far. Everything seemed to go right, the sound was just right and everybody seemed to love it.

Q. What do you think about the classic shoegaze era?
A. Well im the only one into music that could be classed as shoegaze out of all 3 of us but I think it produced some fantastic music even though the term shoegaze was considered quite a dirty word by the press back then. To be honest I think music in general was better back then whatever scene it was suppose to be a part of. You can pigeonhole anything I guess, 2 of my favourite albums from back then are “things fall apart” by the charlottes and “the comforts of madness” by the pale saints which are always classed as shoegaze records but sound completely different. To me the pale saints always sounded more like a band you’d find on sarah records, like the field mice etc

Q. Tell us about bands in the current shoegaze scene…
A. To be honest I’m not overly aware of that many of the bands. The fauns are on the same label as us, I really got into the rumskib album last year but other than that I haven’t really had the chance to hear much new stuff. I’m a firm believer that if something is good enough it’ll find its way to you eventually!! 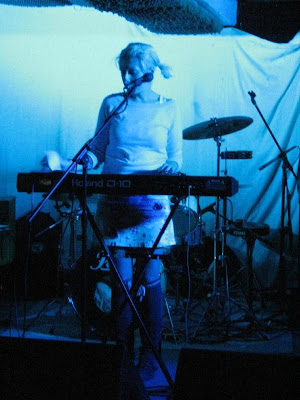 Q. Which new bands you recommended?
A. Male bonding – nothing hurts (on sub pop) has been my favourite album of the year so far. Me and Anna saw them live support no age a couple of weeks ago in Bristol and they played on the smallest stage I have ever seen! It was a good night though and no age were outstanding live, I hadn’t seen them before but it was one of the loudest gigs I have been to, probably more so than my bloody valentine! No age are another band actually who are consistently great and have been one of the most exciting bands in the last few years for me.

Q. Which songs by other bands would you like to do cover versions of?
A. We have discussed doing some covers in a "presents for sally" style for some radio sessions we may have coming up but its difficult to decide as we all have a lot of ideas. 99 red balloons by Nena has come up more than once though haha!!

Q. What are the plans for the future?
A. We are currently arranging a tour of the UK to support the album in the winter and then there may be another single early next year but nothing is set in stone about that yet. We are also hoping the album will be pressed on vinyl at somepoint so any sponsers welcome!!!!!

Q. Any important news to tell us
A. Tottenham Hotspur Football Club are the greatest football club in the world.
*
*
*
Thanks Matt!!!