Pictures of You with Ask for Joy - An Interview 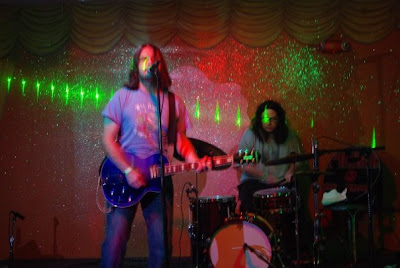 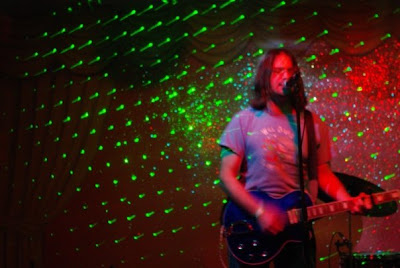 Q. When did Ask for Joy form, tell us about the beginning…
A. I've been playing music and writing songs since I was a kid, andthe summer I graduated from high school I got a cassette four-track recorder. I've been recording my songs since then, making tapes anddistributing them among friends and family. When I was in university,I saw an ad someone had pinned up on a bulletin board looking for aroommate and if interested, to call a certain telephone number and 'Ask For Joy'. And for some crazy reason, the name kind of stuck. Thestyles of music have changed quite a bit, and the technology I haveaccess to has gotten better, but it's still basically me in the basement bedroom writing, recording and producing my own music.

Q. What´s your influences?
A. That's a tough question because I legitimately have so many. I've loved Paul Simon and Simon and Garfunkel since I was a teenager, and I think that shows in my penchant for lots of sweet vocal harmonies. Ialso like the simplicity of 50s and 60s bubblegum pop. Brian Eno andDaniel Lanois were sort of my gateway to shoegaze: the ethereal,echoey sounds of the tracks they produced for bands like U2, Peter Gabriel and Emmylou Harris were huge influences on me. From there,when I first heard bands like Cocteau Twins and Slowdive, that was thetype of sound I was already striving to get in my own recordings. Iwas making dream pop and didn't even really realize it! Then I heardThe Jesus and Mary Chain, and it was like all the things I lovedmerged into one. But it's not just all that, it's things likeridiculously over the top 80s pop ballads from bands like Chicago and Air Supply and folk music with multipart harmonies that I genuinelylike and still listen to. 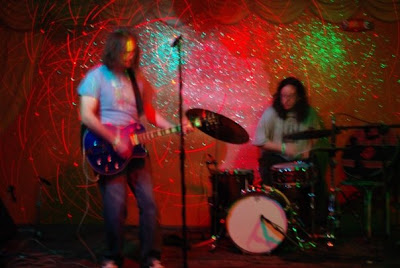 Q. Tell us about the recording process eps?
A. It's never the same way twice, but for each song I usually record aguitar track and guide vocal over a repetitive drum beat, which sometimes becomes the actual beat for the song (like 'Swoon'). ThenI'll record the rest of the rhythm parts to make up the base layers ofthe song, then I might overdub a few more guitars to thicken thesound. The vocals generally are done afterwards, and if the trackcalls for it, I'll add more keyboards or guitars. When I think I'msatisfied with the track, I listen to it over and over and make smallchanges to the mix over the course of a few weeks to months -sometimes it's hard to pick one mix over another. The art comes after I've settled on a number of songs and are finished with them (ornearly finished with them). Album titles usually come to me prettyearly on in the process, but at the earliest stages the album usually has a working title and even a theme to tie all the songs together insome way.

Q. Tell us about playing live.
A. I don't often play live, but I did play a couple of shows lastyear. I decided not to play with my backing tracks, but instead Irecruited a drummer while I played guitar and sang. It was aninteresting contrast to the recorded versions of the songs that Iplayed - played live, they sounded much more like raw, stripped downshoegaze, almost JAMC-style noise pop. I thought they turned out pretty well. I'd definitely be interested in playing more live shows,maybe one-off shows in other cities for music festivals.

Q. What do you think about the classic shoegaze era?
A. I came pretty late to the shoegaze party, but there's so much aboutit that appeals to me. I'm drawn to the DIY aspect and punk estheticof 80s shoegaze like My Bloody Valentine or early Cocteau Twins.Simple lyrics and melodies and pop songs. I just wish that I knewabout it sooner! I was really lucky to get to see MBV play in SantaMonica, California back in 2008 with my friend Fuchsia of Bella Lune(based out of Phoenix, Arizona) and then again last year when MBV played in Austin. I never thought I would get to ever see them live,so that was a treat. A very loud treat.

Q. Tell us about bands in the current shoegaze scene…
A. I'm really happy that there's an active scene with bands making great shoegaze and dream pop today. I'm a big fan of Daniel Land andthe Modern Painters - their recent CD is really great. On the electronica side of things, I love Ulrich Schnauss and M83. I think Schnauss' 'Shine' (from Goodbye) is one of the best recordings I'veheard in a long time. The South by Southwest festival in Austin occasionally features some great shoegazers - I saw Ulrich Schnauss,Glasvegas, and a bit of School of Seven Bells last year, and Resplandor this year. I also got to see The Raveonettes and Pains of Being Pure at Heart when they came through Austin this year. Thisreally is a great place to be when it comes to live seeing music, but unfortunately I am not aware of a shoegaze 'scene' in Austin (maybe Explosions In The Sky, but that's more post-rock than shoegaze, Ithink). Which is too bad, because there's some genuine talent here.

Q. Which new bands you recommended?
A. I usually hear about new bands through Strangeways Radio(http://www.strangewaysradio.com/), which has been a good friend to Ask For Joy over the years. DJs Zumby and Mikey have shows on Monday night where they spin a lot of new music, not just shoegaze and dream pop,but trip-hop, indie, electronica, darkwave, etc. I've been introduced to so much good music through the station. In no particular order, and not an exhaustive list: Daniel Land andthe Modern Painters, The Mary Onettes, Ulrich Schnauss, Jellybelly,Resplandor, Sad Day For Puppets, M83, Glasvegas, Raveonettes,Honeybreath, Bella Lune. Not all of these are shoegaze, but I first heard them all on Strangeways and they're all great.

Q. Which songs by other bands would you like to do cover versions of?
A. I actually have recorded a lot of covers over the years, but I tendnot to release them. They help me through those times when I'm feelingcreative and I want to record, but not creative enough to write a songof my own. The covers that I've done reflect my very wide range ofinfluences and interests - I've done covers of songs by Fleetwood Mac,Sinead O'Connor, Neil Diamond, Tommy James and the Shondells, The Beach Boys, Paul Simon, Guns 'n Roses (imagine 'November Rain' done ina Mojave 3 style, gorgeous!) and even Willie Nelson to name but a few.I've always had the idea to offer some of these covers as a special free download for people who purchase an album. Maybe I'll do that formy next release. I just read in your interview with The Butterfly Explosion that they might like to cover Foreigner's 'I Want To Know What Love Is'. I love that song! I would totally be interested in collaborating on that! :) 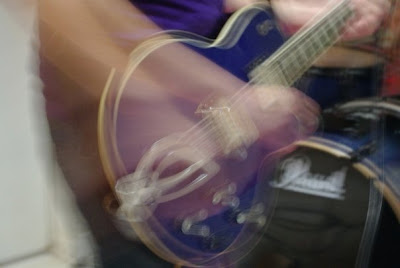 Q. What are the plans for the future?
A. The first single 'Fentanyl' from my forthcoming EP, called 'Keep The Euphoria Down' was just released. I thought I might be able torelease the new album before the end of 2010, but it's looking moreand more as if it will be released in 2011 since there's a lot of workyet to be done. I'm also working on an INCREDIBLE new track forinclusion on a compilation that is due to be released next nearsometime.

Q. Any important news to tell us
A. I encourage all fans of Ask For Joy to like the band on Facebook: http://facebook.com/askforjoy. Thanks guys, and keep listening andsupporting your local shoegazers! Muito obrigado!
*